FAYETTEVILLE, Ark. (KFSM) — The Blue Man Group has visited the Walton Arts Center three times in its 27-year career. But in September, the group will premiere a... 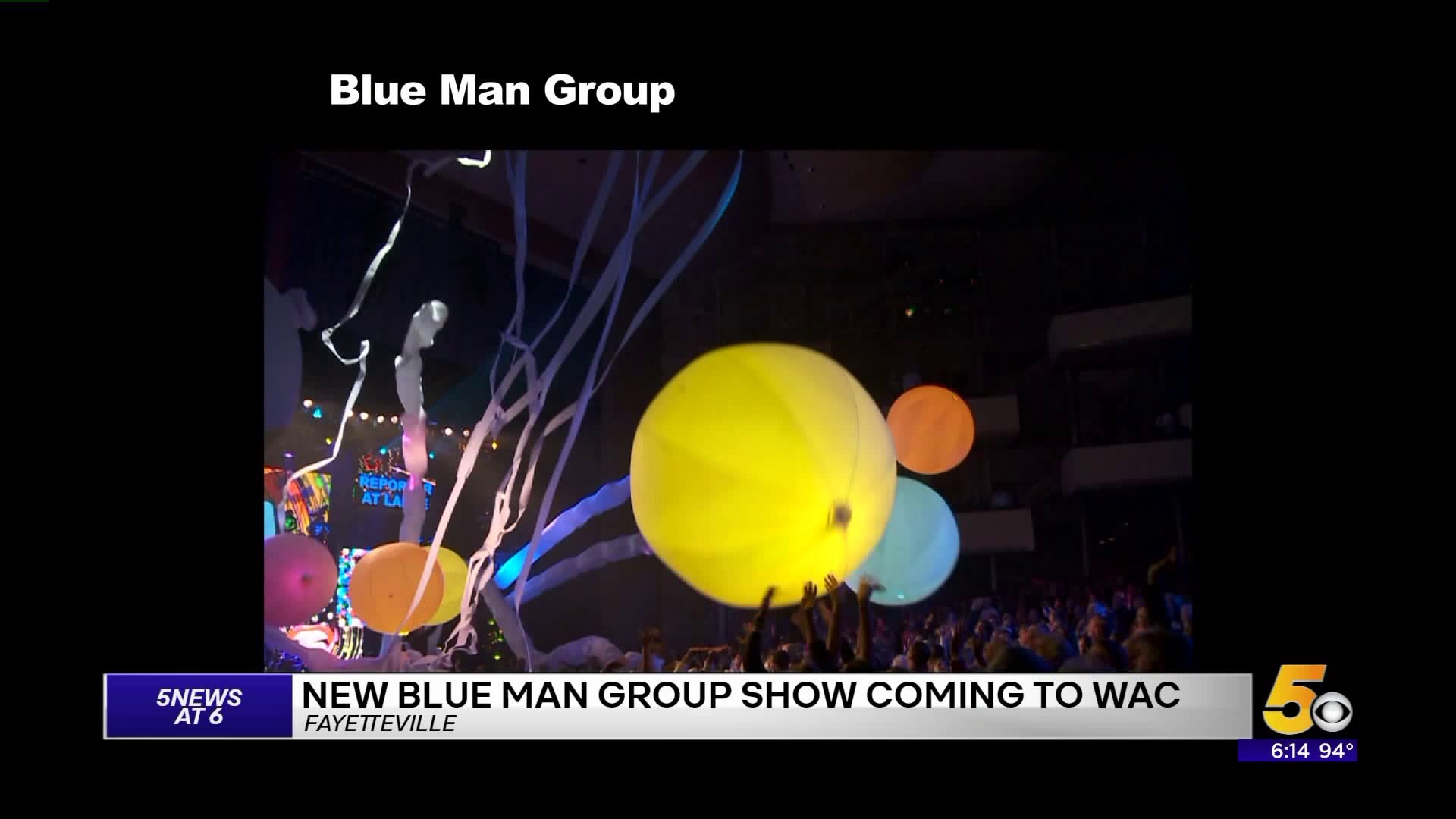 FAYETTEVILLE, Ark. (KFSM) — The Blue Man Group has visited the Walton Arts Center three times in its 27-year career. But in September, the group will premiere a show developed there.

For the second time in the group's history, Blue Man Group will premiere a show developed at the Walton Arts Center in Fayetteville. "Speechless," its latest offering, is being developed in collaboration with director Jenny Koons and will kick off a national tour at the Walton Arts Center with 11 performances from Sept. 10-19, 2019. The tour will consists of stops in 36 cities nationwide.

Preview performances will take place at 7 p.m. Sept. 10-11. Such performances give the group a chance to refine the show through audience reaction before finalizing it for the national tour.

“Speechless will feature material that fosters communal moments, debut the evolution of our tube-based instruments to support all new music, and include large-scale audience participation," Koons said in a news release. "It is my hope that this show will deliver on its name and continue Blue Man Group’s legacy to transcend words and inspire audiences through non-verbal connections.”

The last national tour Blue Man Group launched from the Walton Arts Center was in September 2010, when they performed there for the first time and launched their tour.

Blue Man Group debuted in New York's Astor Place Theatre in 1991 and has since played to more than 35 million worldwide. Owned by the Cirque du Soleil Entertainment Group, the iconic blue-and-bald musicians are known for their custom instruments, audience participation and colorful graphics in their shows.

Tickets may also be purchased by calling (479) 443-5600 or by visiting waltonartscenter.org.