FAYETTEVILLE (KFSM) – Rep. Charlie Collins, R-Fayetteville, has filed a bill in the Arkansas House that would allow staff members at Arkansas universities... 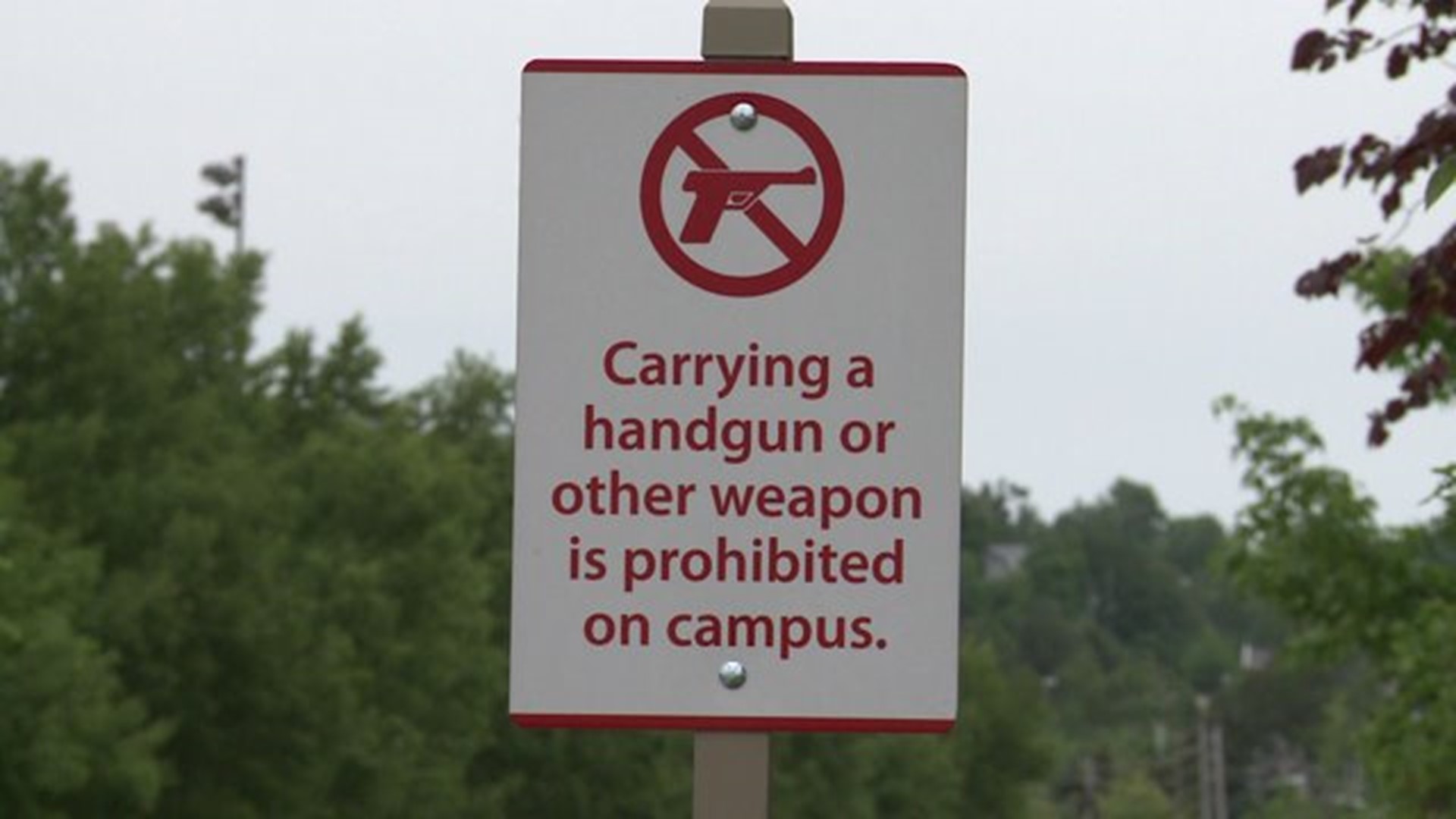 FAYETTEVILLE (KFSM) - Rep. Charlie Collins, R-Fayetteville, has filed a bill in the Arkansas House that would allow staff members at Arkansas universities and colleges to conceal carry firearms on campus.

"Those crazy killers will know that if they try and take control of a situation on a college campus, it’s possible someone will interfere with their plans,” Collins said. “We've got our loved ones on college campuses, and we need to be thinking about their safety.”

A similar bill, also presented by Collins, was signed by Gov. Mike Beebe in 2013, but it allows a college or university board of trustees to opt out of allowing staff to carry firearms. Most schools in Arkansas did just that, including the University of Arkansas. Collins said his new bill puts that decision in the hands of school employees.

"This would remove that opt out provision," Collins said. "So that the individual professor, or full time staff member, can make the decision."

Collins' bill would allow full-time staff to conceal carry if they go through training.

Some who live near the University of Arkansas don’t agree with Collins.

“All that seems to happen with people having private firearms is that someone is bound to get hurt,” said Judy Singleton, who live in Fayetteville and opposes the bill.

Singleton thinks the law should stay the way it is.

"The campuses need to make that decision," she said. "And my hope is that the decision they would make is not to allow firearms on campus."

Collins’ bill has been referred to the House Education Committee.

If Collins' bill is signed into law by current Gov. Asa Hutchinson, it would only apply to public universities and colleges. Private institutions would be exempt from the law.