(KFSM)- On Monday (July 31), a new law will go into effect that will fine drivers in Arkansas if they’re caught texting and driving. Local drivers said ev... 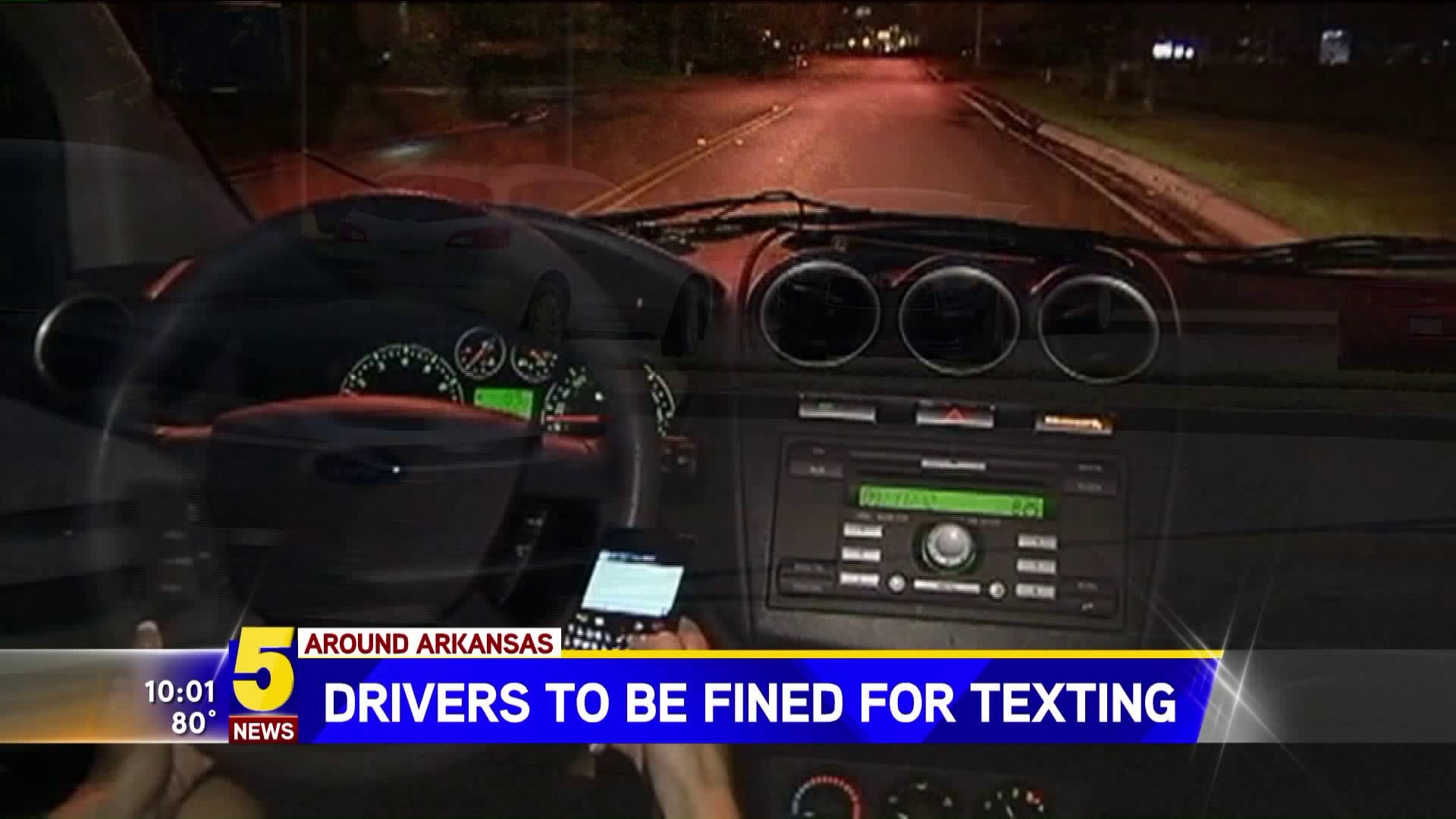 (KFSM)- On Monday (July 31), a new law will go into effect that will fine drivers in Arkansas if they're caught texting and driving.

Local drivers said every day, they see others texting while behind the wheel.

"100% of the time I would say you look over and everybody has their phone," Matthew Schilling, driver said. "Going on the highway at high speeds, I see people staring at their phone."

For your first offense, texting and driving would result in a $250 fine. If the texting results in a crash or accident, the fine would be doubled to $500.

"I would hope so," Schilling said. "It's a significant amount of money for most people, so I would hope it would deter them from texting and driving."

The law is also known as Paul's Law and lawmakers hope the stricter consequences will help crack down on texting.

"I think it's a good idea," Rita Adams, driver said. "I'm always griping at my kids all the time about texting and driving. It's not safe."

"I think it's a good thing," Schilling said. "It's too dangerous for people to be texting and driving and they [police] need to crack down on it."

Local drivers said this new law is needed and could also help cut down on distracted driving in Arkansas.

"When they pay $250, I think they'll think twice about texting and driving and not wanting to pay that," Tyler Jackson, driver said.

Other drivers said they're not so sure if the law will force all drivers to put their phone down.

"I think with older people, yes," Adams said. "But, [I'm] not so sure about the younger adults."

Other laws that will go into effect on Monday (July 31) in Arkansas range from interstate speed limit increases and the open container law to restricting abortion laws.