FAYETTEVILLE, Ark. (KFSM) — We are less than 48 hours away from gameday at Razorback stadium and fans are gearing up for the big day. There are a few exciting n... 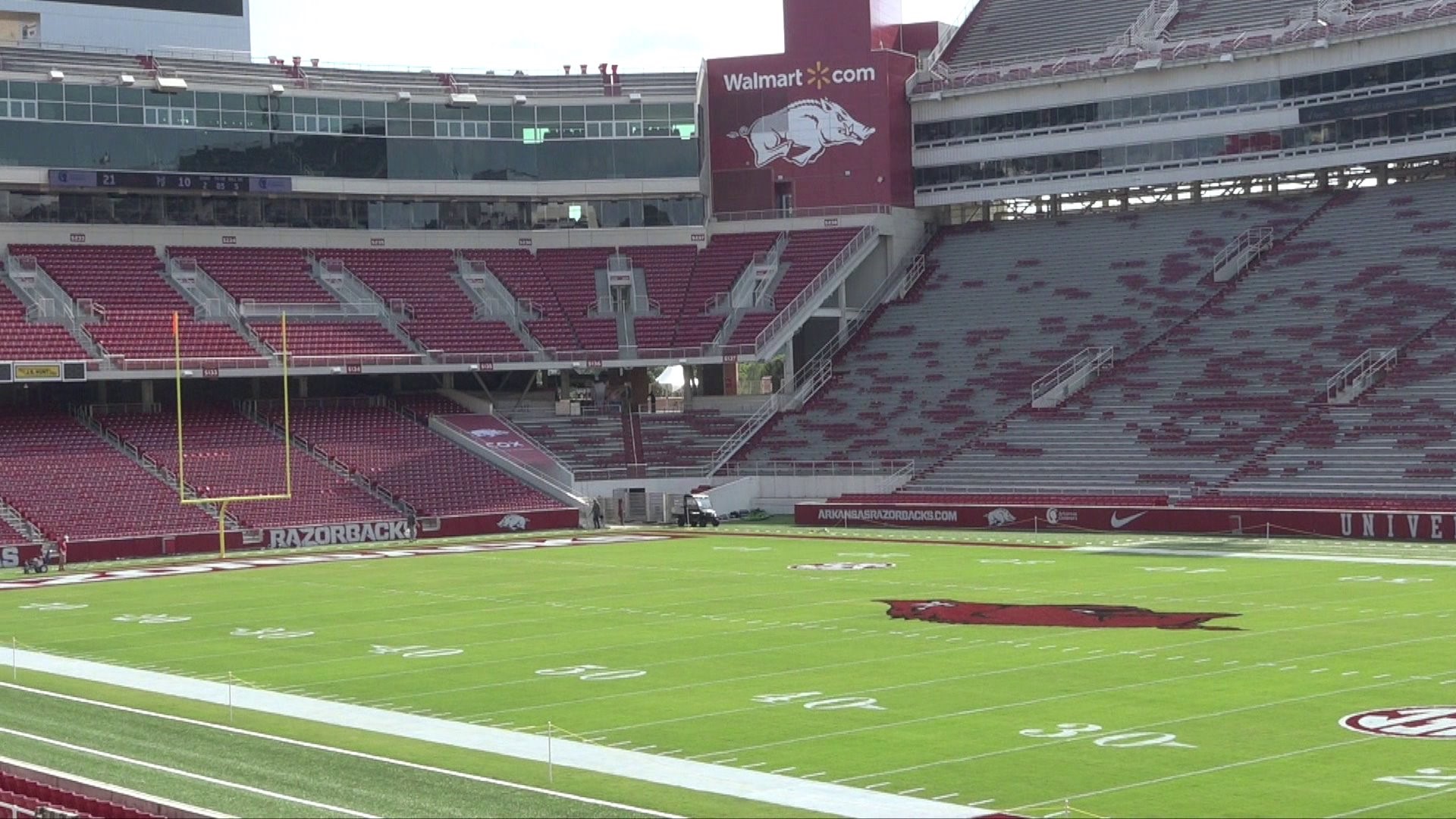 FAYETTEVILLE, Ark. (KFSM) — We are less than 48 hours away from gameday at Razorback stadium and fans are gearing up for the big day.

There are a few exciting new additions being added to the stadium this football season.

"The start of the 2019 football season is here but there are lots of great opportunities here at Donald W Reynolds Razorback Stadium," said Razorback athletics PIO Kevin Trainer.

This year, Razorback Athletics will be introducing "Hog Town," a street festival before the game with food, tailgates and even concerts.

This Saturday (Aug. 31) country singer Justin Moore will be performing.

Students say they're excited for the beginning of Hog Town and that it could change the way they do game day.

"We’ll be going to the concert honestly. That will probably bring more people to games. The country music will bring us guys out instead of just hanging out here all day," said one student.

Along with the addition of Hog Town, officials are making things more convenient for fans attending the game.

"Fans can bring in an unfilled water bottle and use our water stations, that’s free of charge," Trainer said. "There’s also opportunities for mothers who need a nursing room and for the first time we have stroller corrals. Strollers aren’t allowed in the stadium but we know getting from the car and getting up to the stadium can be difficult so there’s an opportunity you can leave your stroller during the game and catch it after."

There will also be free Wifi, alcohol sales and a new Hall of Fame museum fans can check out while at the stadium.

Full-size purses and umbrellas are still not allowed. You can check the Arkansas Razorback website for more information.

Kick-off for this Saturday's game against Portland State is at 3 p.m.

The stadium encourages people to arrive about two hours before the game starts.