Residents Show Concerns About Noise With New I-49 Interchange

BENTONVILLE, Ark. (KFSM) — A ribbon cutting was held Wednesday (April. 24) for the new Eighth Street Interchange on I-49, but not everyone is on board wit... 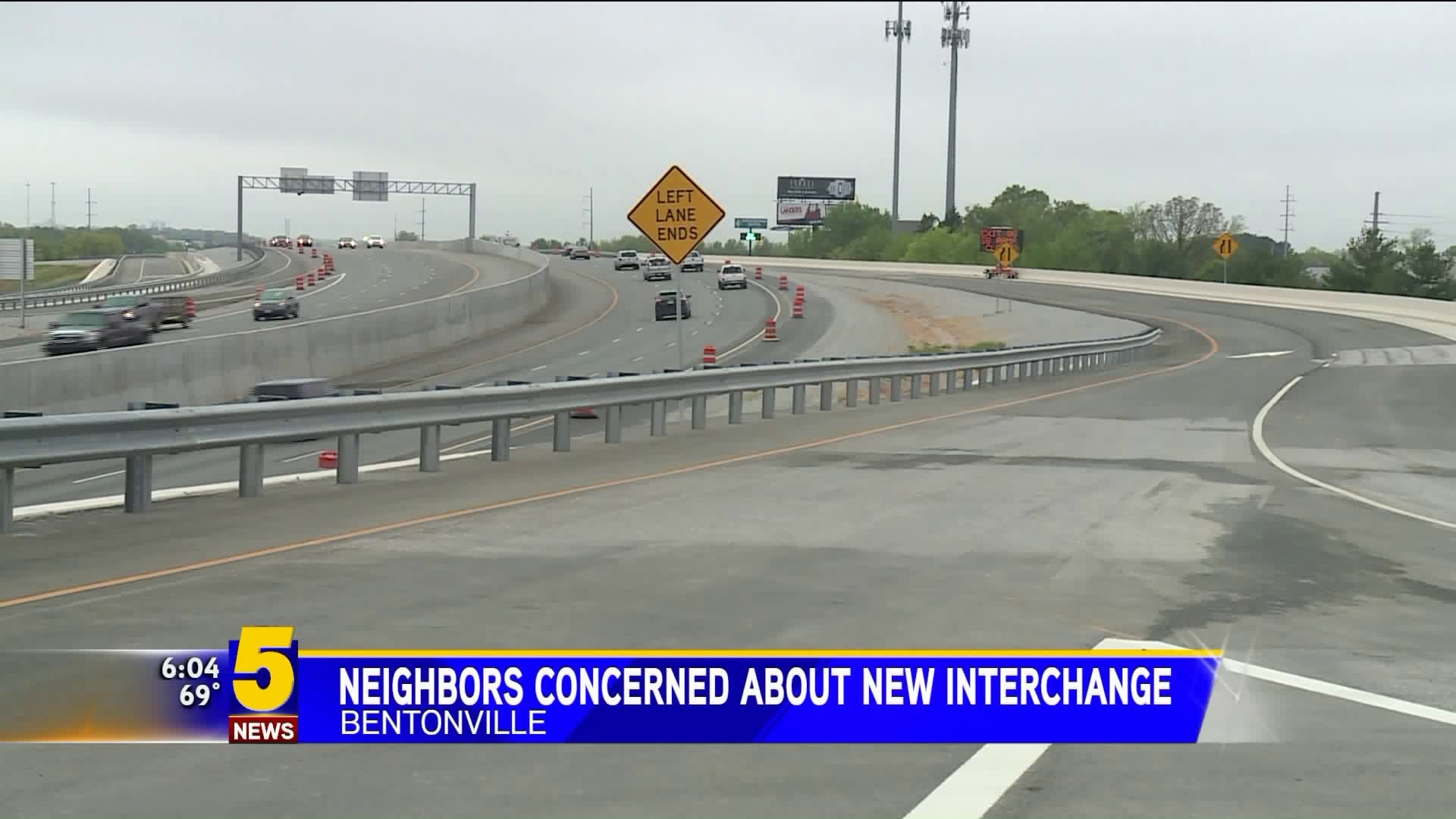 BENTONVILLE, Ark. (KFSM) -- A ribbon cutting was held Wednesday (April. 24) for the new Eighth Street Interchange on I-49, but not everyone is on board with the new exit. People living in the neighborhood alongside the interchange said the noise will be even louder than it already is.

"We lived in this community when it was just a field when they just mowed hay," Iris Beal said.

Iris Beal has lived in the neighborhood next to the interchange for 20 years.

"I think it's great coordination between the state, the feds and the city and even the businesses to build this for the infrastructure of Bentonville. I think there have been some oversights that impact people," she said.

Beal said while people bought their homes knowing the interstate was there, there used to be lots of mature trees on what is now the eighth street ramp. Those trees provided a barrier from a lot of traffic noise.

"They took it all out. They took more than that, they even took a lot of that land to build the marvelous exit, but the problem is that the noise levels have gone up," she said.

So far Beal said there are no plans they have heard of to build a sound barrier for the people living right up next to I-49. After research, she found that the EPA does regulate highway noise.

"I'm hoping this community can get the attention of the EPA so that the oversight in the development of this land can be corrected," she said.

ARDOT Spokesman Danny Staessle said they are doing a noise study for the entire I-49 corridor from Fayetteville to Bella Vista.

"Trying to determine where if applicable where would we put noise walls anywhere. So once we have the results of that study we will have a public meeting, one or two maybe and invite anyone who thinks they may be impacted to come look at what are results are," he said.