FAYETTEVILLE (KFSM) — The rezoning of about 23 acres in western Fayetteville owned by the Duggars, who have plans to build an upscale RV park there, has s... 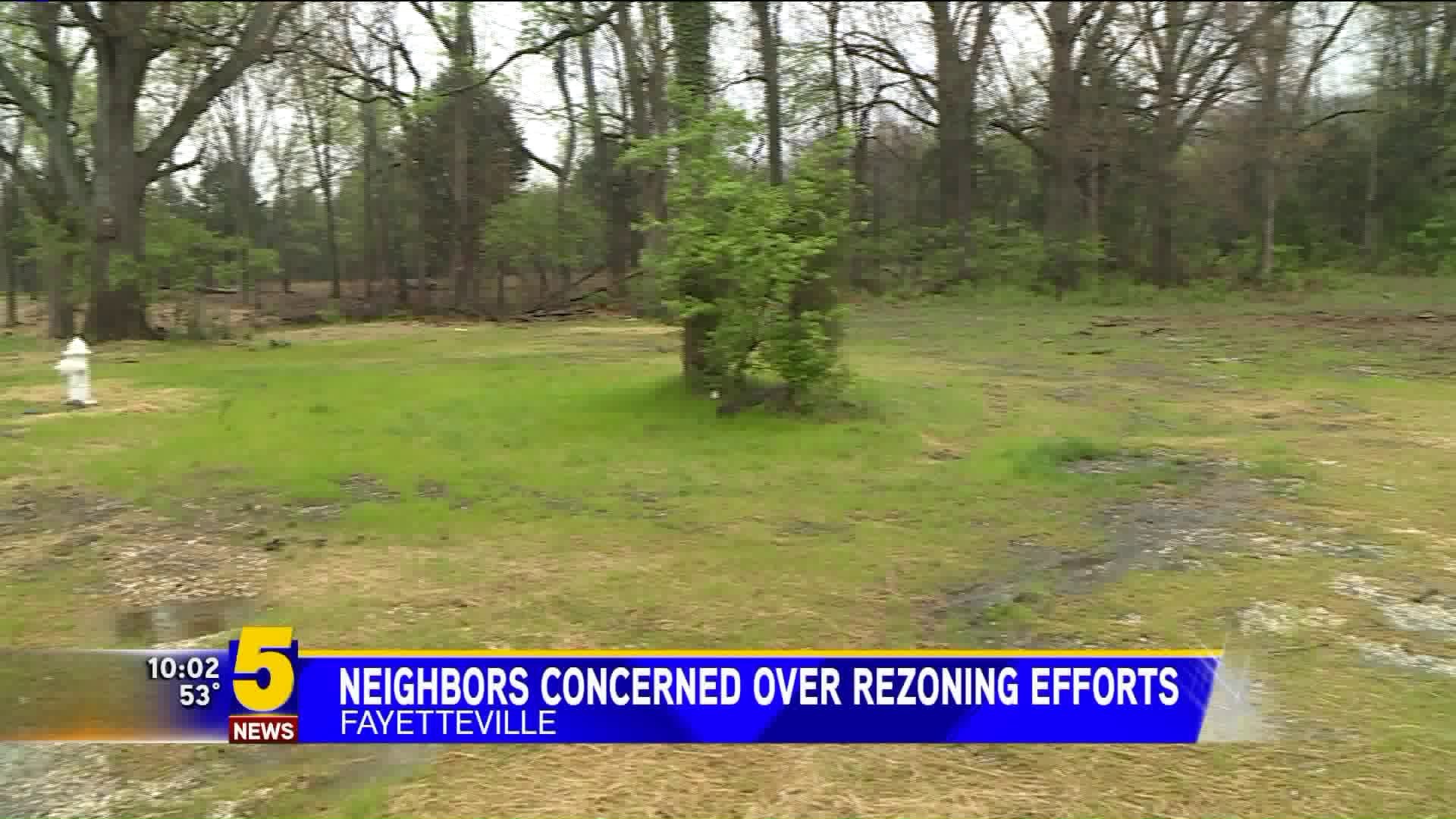 FAYETTEVILLE (KFSM) -- The rezoning of about 23 acres in western Fayetteville owned by the Duggars, who have plans to build an upscale RV park there, has some residents expressing their concerns.

On Monday (April 23), the planning commission approved the rezoning from Residential-Agriculture to Urban Thoroughfare, which allows both residential and commercial development.

The roughly 30 acres is mostly wooded land and sits along Martin Luther King Junior Boulevard, just East of the Ozark Mountain Family Smokehouse. An upscale RV park has been proposed on the additional seven and a half acres that is not being rezoned.

"Rezoning [the land]..." nearby resident Renwick Hudson paused. "It's tricky. We have to be really careful."

Hudson joins a list of other concerned who live near the property.

He is concerned that additional development near the mountain could ruin the green space.

"I think that's more important than swallowing it up with development that could be be on the other side of the street for instance," Hudson said.

Andrew Garner, planning director for Fayetteville, has been involved in the plan. He has lended his support to the zoning change.

"The addition that [the owners] are proposing, only to rezone the front part and kind of keep the back of it preserved, I think is in line with a lot of the city's policies for tree preservation and environmental preservation," Garner said.

The property is owned by Duggar Properties LLC, which is registered to James and Michelle Duggar.

The couple is using Milholland Engineering and Surveying to handing the rezoning effort. The proposal will now go before the Fayetteville city council Tuesday, May 15.

As for the RV park, Garner said a conditional use permit has already been approved, but development must still be approved by planning officials.

"If they decide to build the RV park, they actually have to turn in construction plans and large scale development plans," Garner said. "We have to look at all the development details, but the actual zoning decision has to be made to allow the RV park."

Hudson meanwhile doesn't believe the RV park is the right type of development for the area.

"At this location, from my perspective, not ideal," Hudson said. "It butts right up against some of the areas that are already vulnerable to future development."