Zachary Holly, 28, was arrested Monday in connection with the murder investigation of 6-year-old Jersey Bridgeman, according to police. He faces charges of capi... 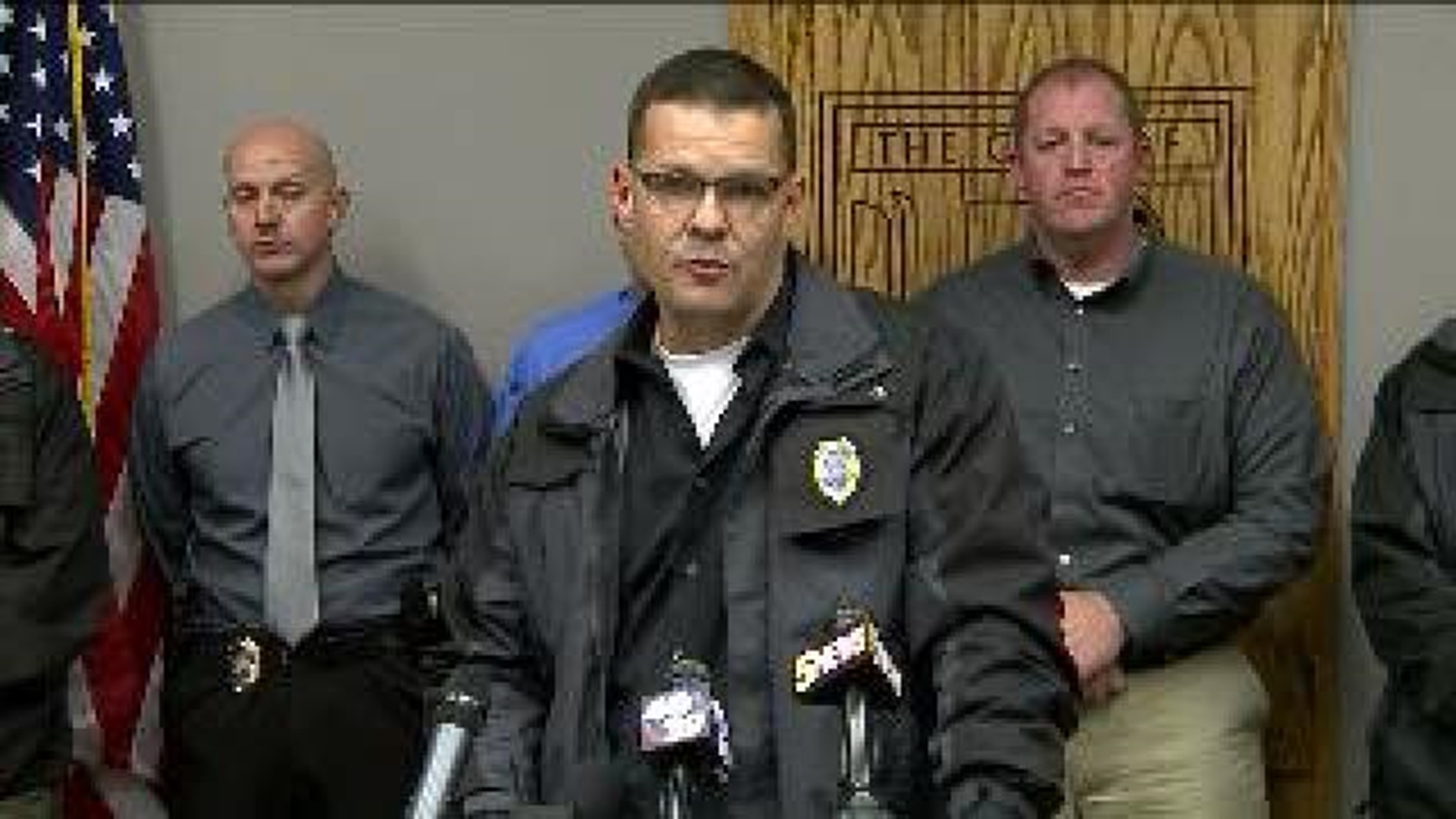 Zachary Holly, 28, was arrested Monday in connection with the murder investigation of 6-year-old Jersey Bridgeman, according to police.

He faces charges of capital murder, kidnapping and residential burglary, according to Chief Jon Simpson.

Holly lives next door to Jersey, in a trailer at 702 SE A St. Holly's home lies between Jersey's house and the vacant house where the girl's body was found.

Simpson made the announcement during a news conference at the Bentonville Police Department Monday night.

Holly is being held in the Benton County Jail, where he will receive a bond hearing Wednesday at 1:30 p.m. Holly was booked into the jail at 8:53 p.m.

Jersey was found dead in an abandoned house near her home on S.E. A Street on Nov. 20 after she was reported missing around 6:43 a.m.

Authorities collected about 50 pieces of evidence Wednesday after executing search warrants for three properties, including the trailer next door where Holly lived. Police also collected evidence from Jersey’s home and the vacant house next to the trailer and sent the evidence to the Arkansas Crime Lab, said Bentonville Police Chief Jon Simpson.

On his Facebook page, Holly states he lives with his girlfriend and her four-year-old son. He says he is 26 years old and graduated from Huntsville High School in Texas in 2004.

Holly's wife says the couple got married in March, on her Facebook page. She is Facebook friends with Jersey's mother.

Holly states one of his favorite movie quotes as the Silence of the Lambs line, "It puts the lotion on its skin...or else it gets the hose again," a quote said in the film by a serial killer.

Joseph F. Blackmon is listed as the customer for the utilities at Holly's trailer. He appears to be Holly's father. Blackmon is a registered sex offender in Bakersfield, Calif., where Holly lived before moving to Northwest Arkansas, according to Facebook.

Blackmon, 49, is registered as engaging in lewd or lescivious acts with a child under 14 years of age.

Jersey’s funeral is set for 1 p.m. on Tuesday (Nov. 27) at the Rollins Funeral Chapel in Rogers, with burial to follow at Bentonville Cemetery. Visitation will be held Monday (Nov. 26) from 5 to 7 p.m. at the funeral home.

Jersey is the same child whose father and stepmother were imprisoned for chaining her to a dresser earlier this year.

David Bridgeman was sentenced to 18 years in prison in June after he pleaded guilty to false imprisonment, permitting the abuse of a minor and endangering the welfare of a minor.

Jana Suzanne Slinkard, the girl’s stepmother, was sentenced to 12 years in prison on the same charges. She received an additional three years for violating her probation on a previous drug offense.

Shortly after police announced Holly's arrest, Jersey's mom posted on a Facebook support group for Jersey, "This is Jersey Bridgeman's mom, Thanks to the hard working detectives that put a lot of time and effort to catching the killer of my daughter. She will be in my thoughts, prayers, and memories always. My daughter is one of the lights in my life. Though her spirit may have passed and moved on her light will always burn brightly in my soul and in her sisters actions and features. Her killer was caught today (Zachary Holly) and I found out at her viewing. Hold your children tight tonight knowing that there is another evil person in this crappy world caught. Loving and missing you always Jersey Dianne,
DesaRae"

Click here to read more stories about the investigation. 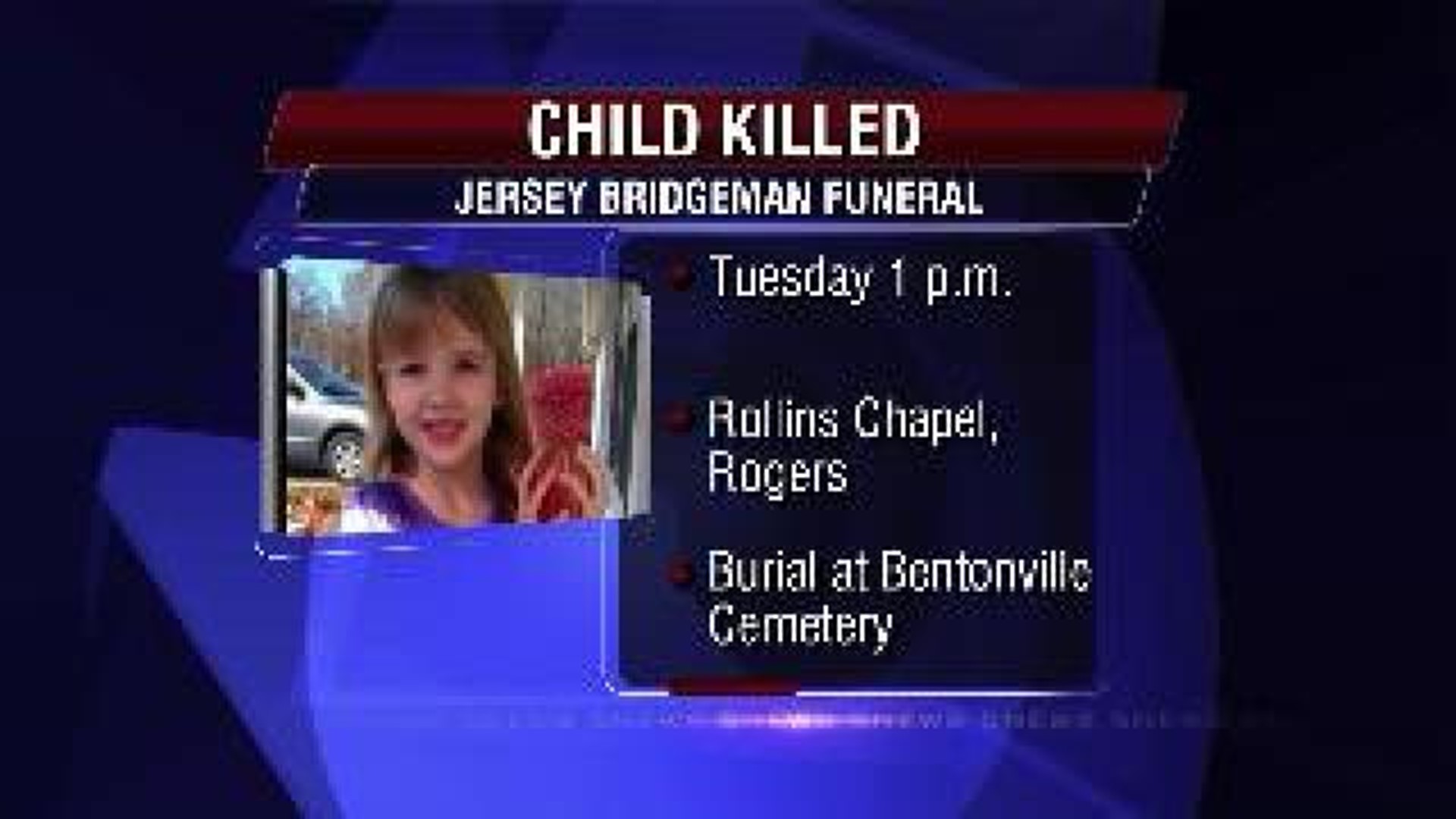