An EF-1 tornado touched down in the Rocky Branch area near Beaver Lake during Monday’s storms, while another EF-1 tornado hit the rural areas south of Sil... 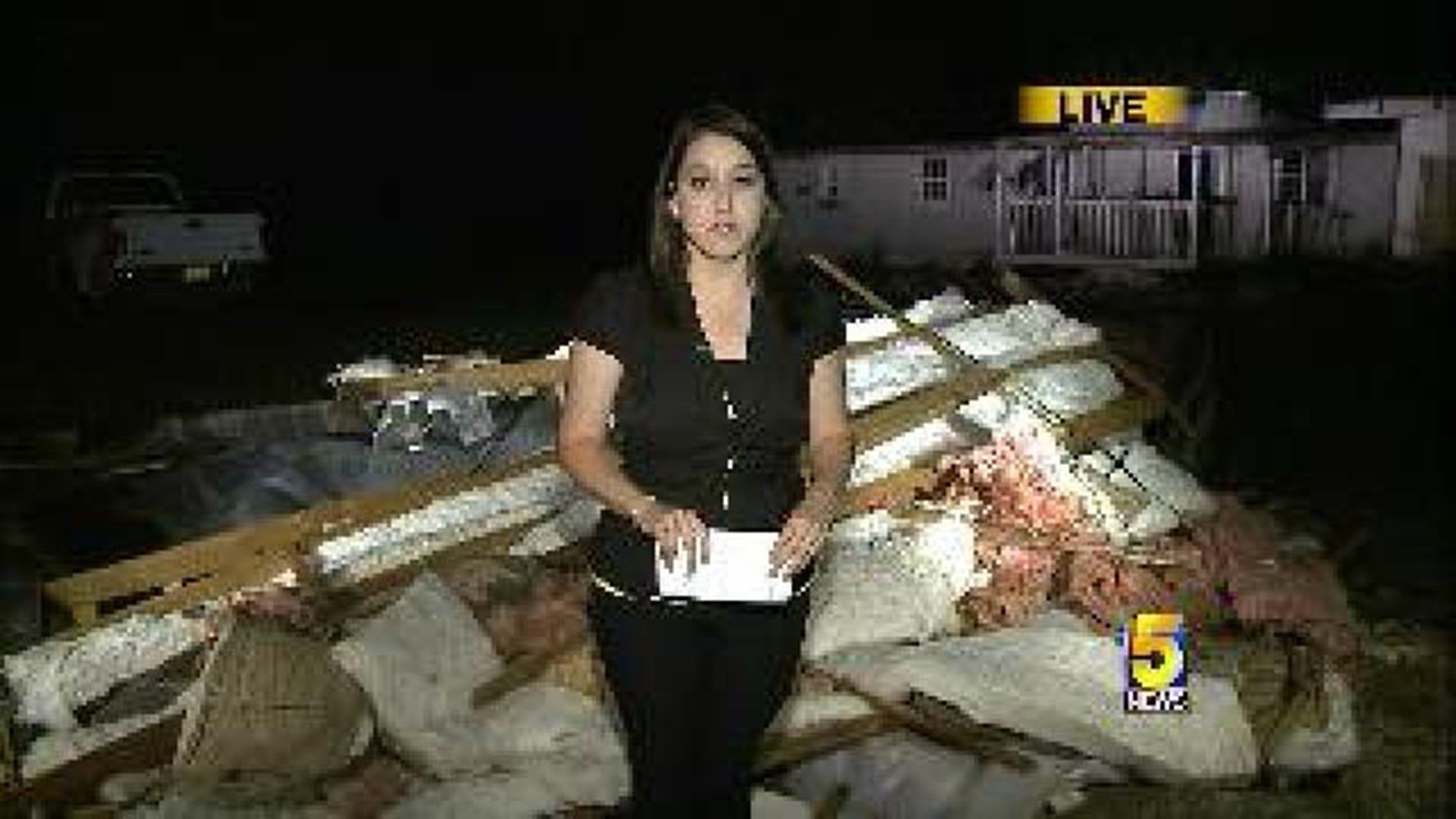 An EF-1 tornado touched down in the Rocky Branch area near Beaver Lake during Monday's storms, while another EF-1 tornado hit the rural areas south of Siloam Springs in northwest Washington County, according to the National Weather Service.

A team from the National Weather Service in Tulsa surveyed several areas in Benton and Washington counties Wednesday to determine whether tornadoes touched down in the area. A survey of the area of Rocky Branch, just east of Rogers, and areas just east of Watts, Okla., in Washington County, confirmed tornadoes touched down at those two locations, National Weather Service teams found Wednesday.

Steve Piltz with the National Weather Service surveyed Rocky Branch and said early estimates show the tornado could have been a mile long.

"We looked for trees that were pointing towards each other the way they fell and we saw some of that there," Piltz said. "There were Oak trees that were snapped, so it all kind of fit together and we were confident we had a tornado."

The tornado in Washington County spun off from a trio of tornadoes in Adair County, Okla. One of the tornadoes crossed the Oklahoma-Arkansas line and into Washington County, just south of Siloam Springs, said Ed Calianese with the National Weather Service's Tulsa office.

Another team confirmed earlier in the day that an EF-0 tornado struck LeFlore County during Monday's storms. Representatives from the National Weather Service are also trying to figure out whether a separate tornado touched down near Siloam Springs.

Piltz said he plans on surveying Siloam Springs Thursday with a team and make his way to Carroll County.