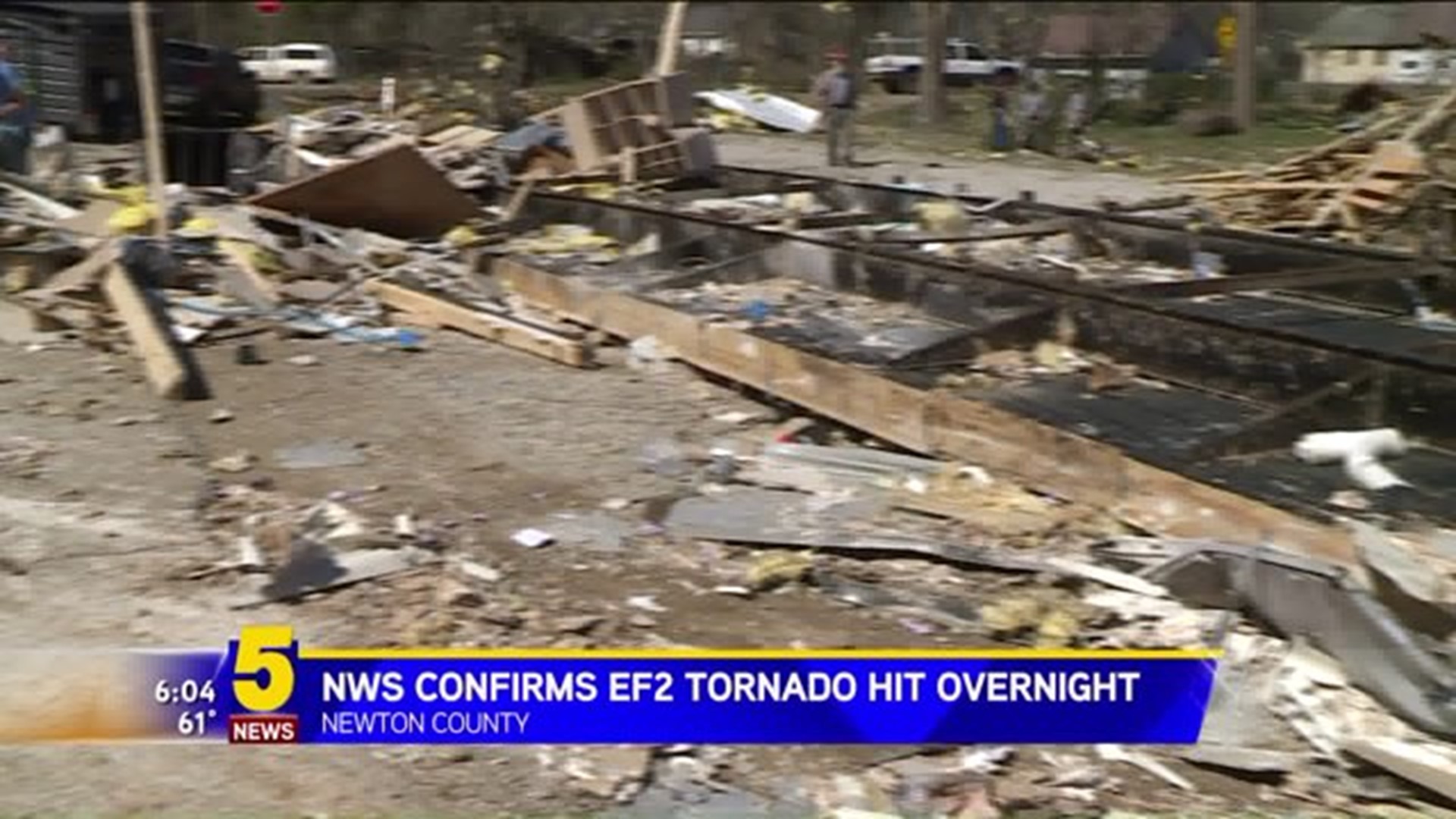 The tornado touched down near Parthenon, causing quite a bit of damage.

The NWS said the tornado was on the low end of EF-2, with wind speeds of up to 120 mph.

National Weather Service Meteorologist Steve Drilltet said tornadoes like this one are not uncommon, but they do not often hit communities. He said when they do hit they can cause a lot of destruction.

"It's pretty wide too. It wasn't like there was one concentrated funnel. It was pretty wide, incoherent funnel that was rotating through here, but it did cause a lot of damage, a lot of tree damage," Drilltet said. "Like I said the structure over here that kind of collapsed over here and the roof being off of this portion of the church over here."

The National Weather service is surveying other parts of the county to see where the storm started.

The tornado picked up the Parthenon Post Office from it's foundation and threw it more than 200 feet across the street. Postmaster Michael Black said they spent the day going through and trying to salvage the mail. He said he was surprised at the damage.

"That was the shocking part. I expected some damage, I've seen tornadoes on TV but never up close. Nobody hurt, you can always get another building for whatever purposes, you can't get another life," Black said.

Members of the Parthenon First Baptist Church spent time Tuesday cleaning up the damage from the storm.

David said the damage wont' keep the church from having services.

"We might just have to migrate outside instead..rain or shine we'll be alright," he said.

Emergency management said they are really lucky that no one was seriously injured in the tornado. 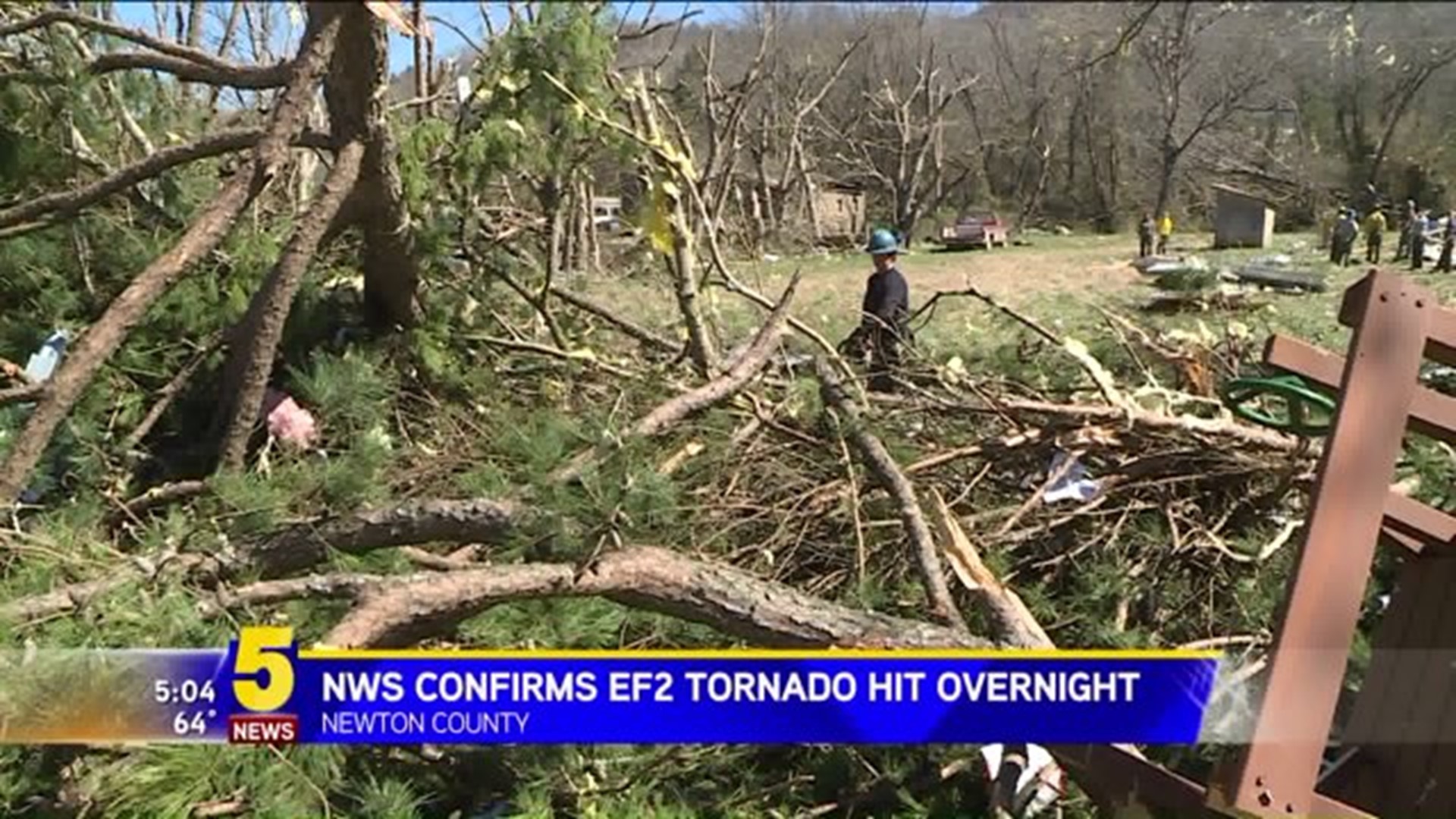 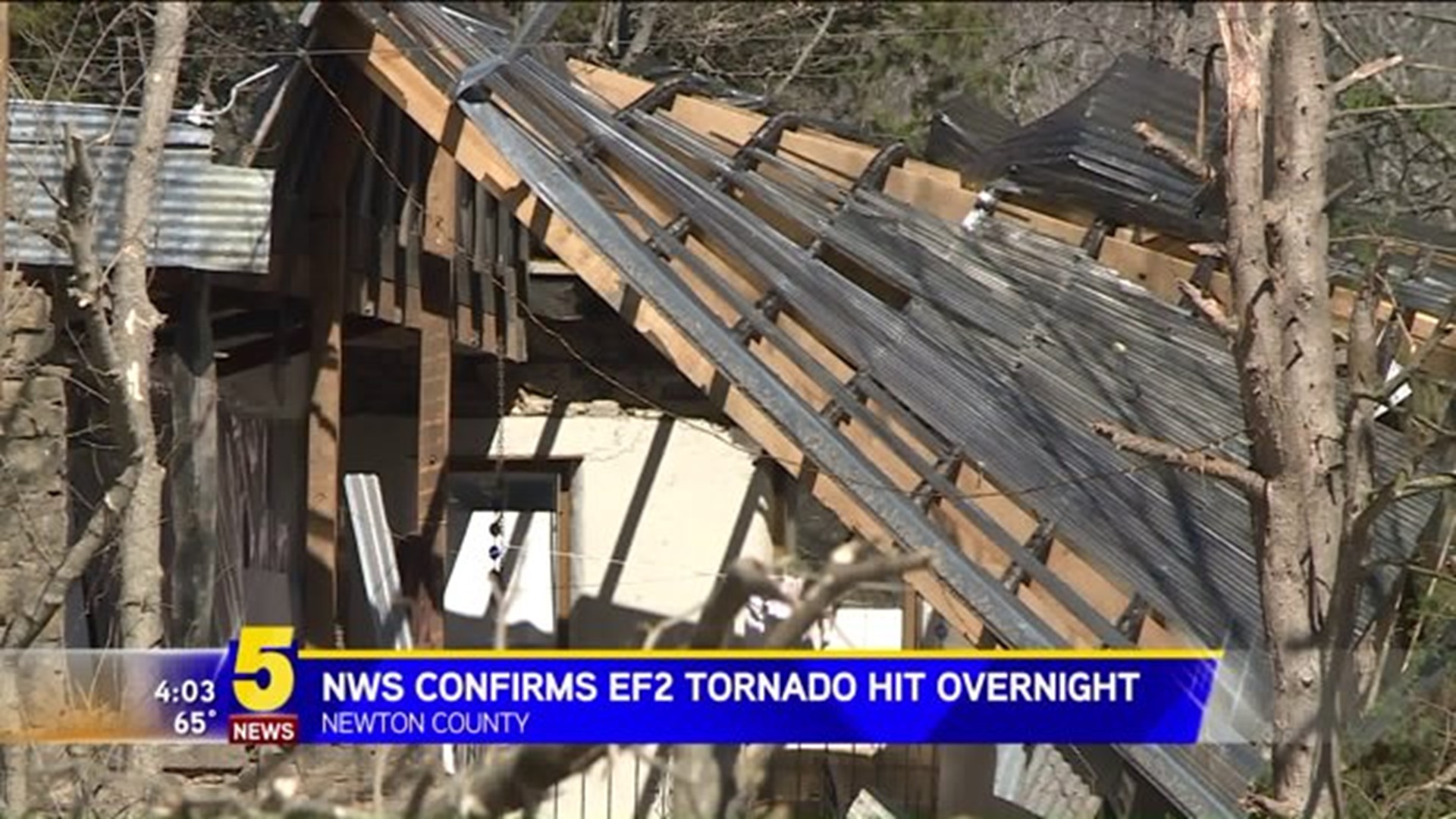