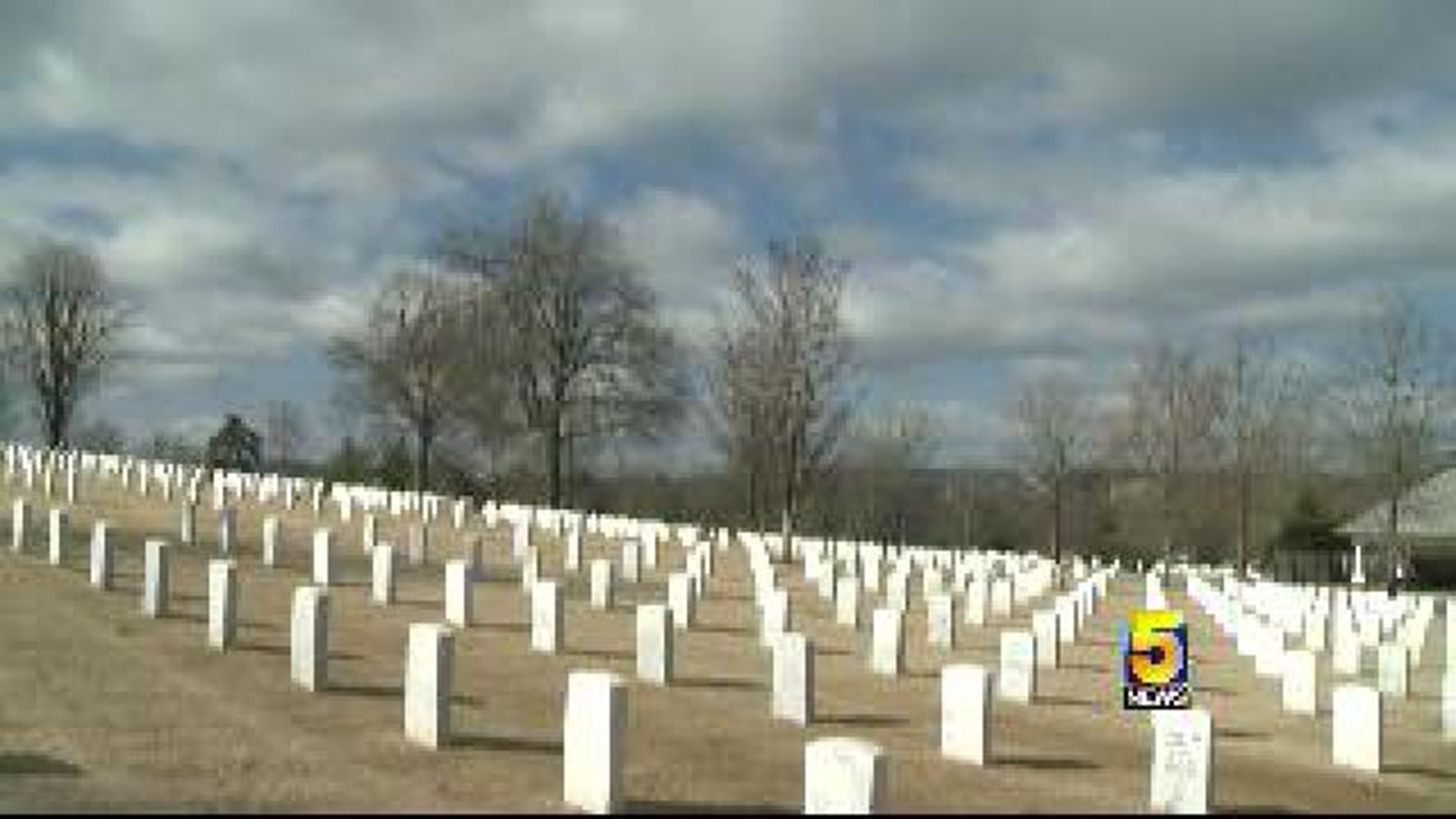 The Regional National Cemetery Improvement Corporation (RNCIC) is donating 1.9 acres to the Fayetteville National Cemetery. They will hold a ceremony at 2 p.m. Monday (April 7) to close the purchase.

The event will take place at the Lindsey & Associates conference room on Joyce Boulevard.

The RNCIC raises money through fundraisers and donations to buy land for the cemetery. If it wasn't for this organization the cemetery would have run out of space in 1984, which is why it was formed.

"It's not just me, it's the 7, 700 and some veterans that are already in place here and the many thousands that will follow," said Ronald L. Butler, RNCIC president.

RNCIC has donated land to expand the Civil Era cemetery for the last 30 years.

"We don't care how many years," Butler said. "We just keep buying as much as we can as long as we can."

Butler's late wife Carolyn Butler is buried in the national cemetery. He will one day join her in her final resting place. WIlliam's son, Todd S. Williams, served in the Army National Guard. He died in 2000.

"I'm a veteran and my son is buried here and we as veterans always tends to take care of itself," Williams said.