The historic Fayetteville National Cemetery is running out of room and wants to expand on land owned by the University of Arkansas. But university administrator... 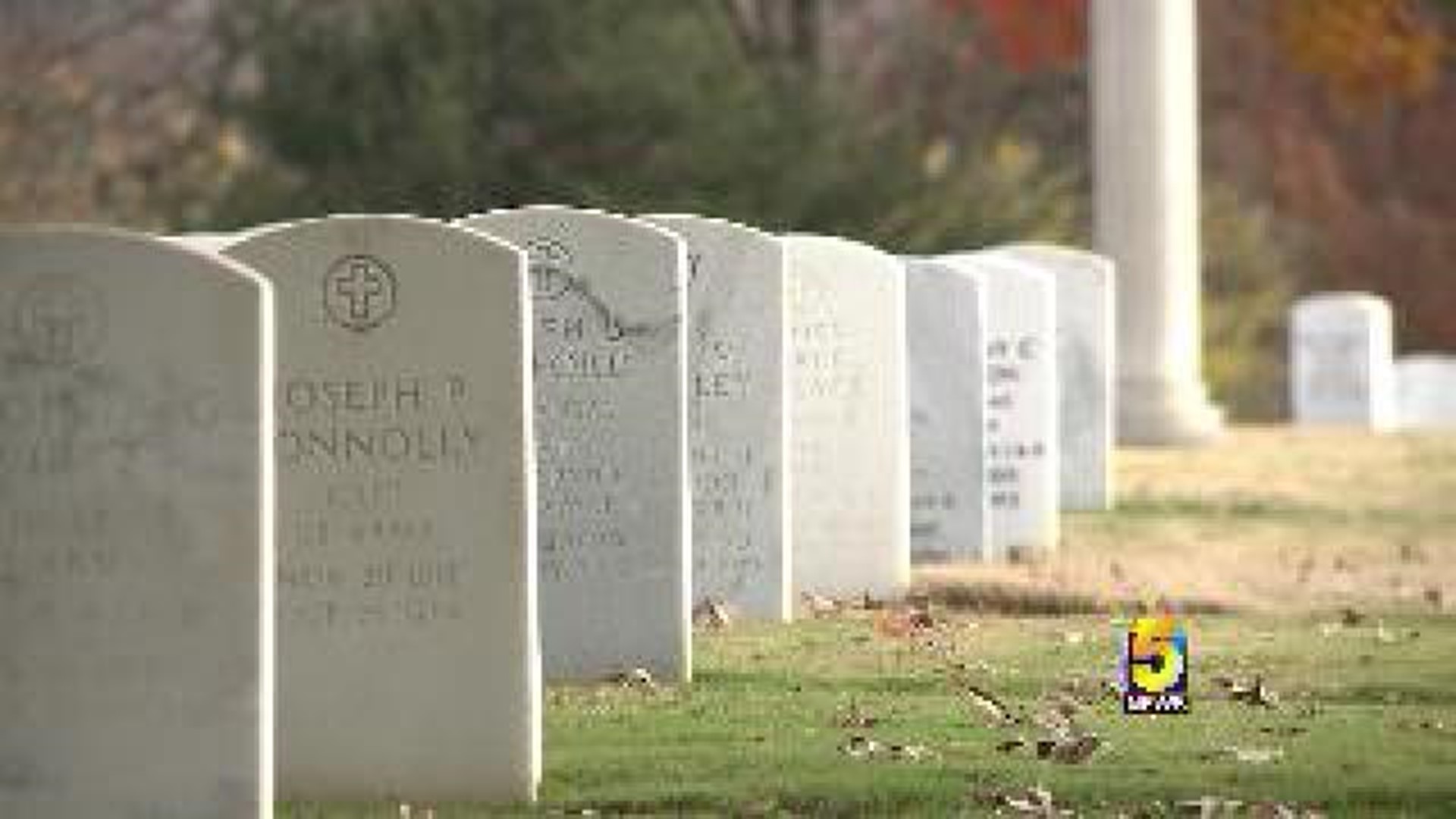 The historic Fayetteville National Cemetery is running out of room and wants to expand on land owned by the University of Arkansas. But university administrators have other plans.

While officials running the cemetery believe the space should be sufficient until around 2030, UA officials said they cannot give more land to the cemetery to expand.

"Veterans like to be buried in a cemetery that's as beautiful as this one," said Merle Williams, vice president of the Regional National Cemetery Improvement Corporation.

The Regional National Cemetery Improvement Corporation purchases land and donates it to the cemetery. The organization recently donated 2.3 acres.

Williams said there are two sections for further expansion. There is privately owned land to its north, and the commercial property beyond that extends to Martin Luther King Jr. Boulevard.

"We have just started talking to the university to see if there is some way we can either purchase the land from them or maybe purchase other land in exchange that land, for the land that's contiguous to the cemetery," Williams said.

Williams said they sent an email to Mike Johnson, head of the university's facilities department.

Johnson is out of town, but the university said the board has already approved a proposal to build something else on that land.

Kathy Younger has lived on the land the cemetery is looking at for 23 years. She does not want the cemetery to expand to a high-traffic area.

"You just want to keep the cemetery in a really peaceful neighborhood like we do have," Younger said.

Williams said the RNCIC wants to begin discussions on the land before the university sets a permanent construction plan.

"Or else it will be impossible for us to do it after something is built there," he said.