FAYETTEVILLE (KFSM) — Fayetteville Public Schools announced on Monday (Sept. 12) that a student at Butterfield Trail Elementary has a confirmed case of mu... 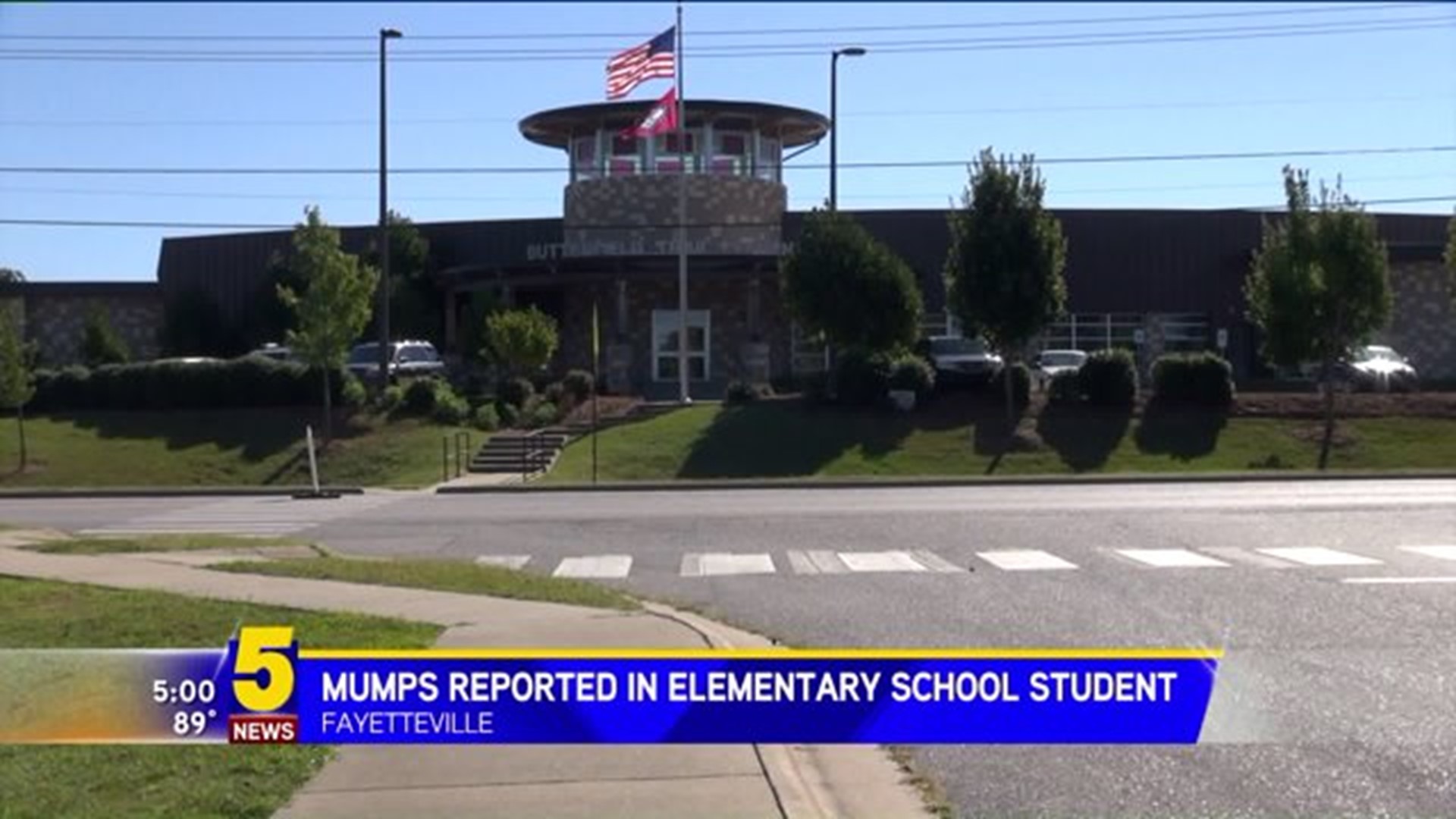 FAYETTEVILLE (KFSM) -- Fayetteville Public Schools announced on Monday (Sept. 12) that a student at Butterfield Trail Elementary has a confirmed case of mumps.

FPS was notified that a second grade student has a confirmed case of the mumps on Sunday (Sept. 11).

The district also said their records show none of the students in the sick child's class have exemptions for the mumps vaccine.

“We have notified people related to the school who are immune compromised or expecting so that they can check in with their doctors,” said Melissa Thomas, FPS nursing director.

Thomas said the student's classroom was also sanitized after the mumps case was confirmed and parents are helping too.

The Arkansas Department of Health requires students with confirmed mumps to stay out of school until five days after they are no longer showing symptoms. The ADH is also requiring students who are not vaccinated to remain out of school until they have either had the vaccine or for a period up to 26 days.

Custodians went to the elementary school early Monday morning to do additional cleaning before the school day started.

The state health department is reporting 98 cases of suspected mumps and 31 that have been confirmed as of Monday.

The outbreak was first reported Aug. 31 in the Springdale School District and since then the virus has been reported in Rogers, Huntsville, West Fork and now Fayetteville.

The health department believes the mumps were brought to the area by someone who traveled here from Iowa, which has been dealing with its own outbreak for the last several months.

“The virus typically causes partitas, swelling of the carotid or salivary glands in the side of your cheek. And usually people have those symptoms for about a week and then they get better,” said Haselow.

But in rare cases the virus can cause deafness and inflammation of the brain.

There is no treatment, and symptoms usually resolve themselves within a few weeks. Mumps is usually a mild disease in children, but adults may have more serious disease with complications.

Fayetteville schools said this is a good time to remind parents their children need to either be immunized or have an exemption filed by Sept. 30 to meet state regulations.

The State Health Department will be giving free MMR vaccinations and flu shots on Sept. 21 from 8 a.m. to 6 p.m. at the Jones Center in Springdale.

There will be several immunization clinics this month in Benton County, but these are not free of charge.