MADISON COUNTY (KFSM) — A standoff between authorities and a Madison County man ended more than 12 hours after it began. According to Madison County Sheriff Ric... 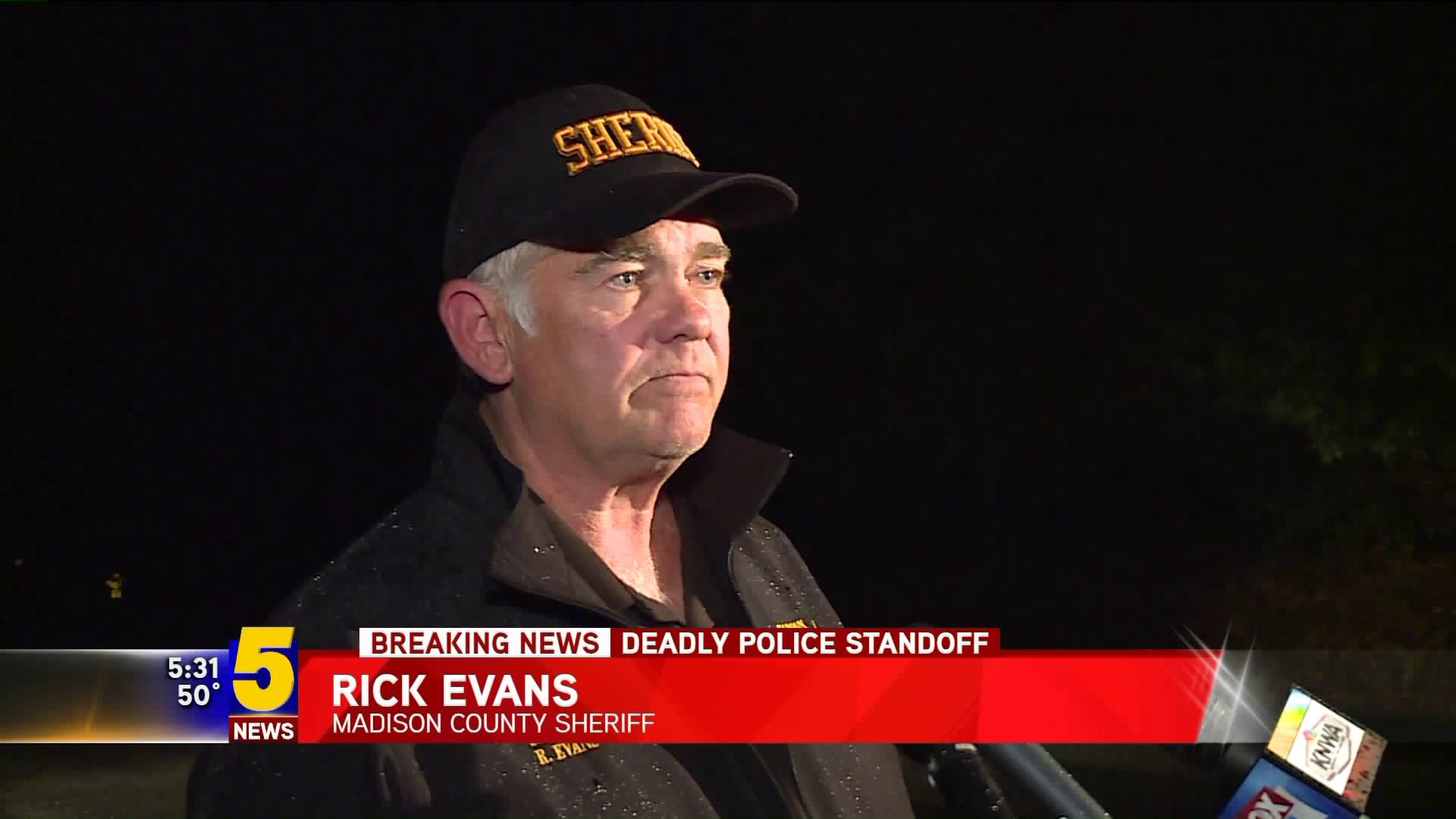 MADISON COUNTY (KFSM) — A standoff between authorities and a Madison County man ended more than 12 hours after it began.

According to Madison County Sheriff Rick Evans, the standoff ended about 4:15 a.m. Thursday after beginning at 3:30 p.m. the previous day when Madison County sheriff's deputies responded to a call of a suicidal man.

The man took his own life early Thursday, Evans said.

Evans said when deputies responded to the call Wednesday afternoon on County Road 6019, they discovered the man had barricaded himself in his house with a loaded rifle. Arkansas State Police and the Washington County Sheriff's Office responded to assist.

Evans said shots were fired, but it was unclear whether the shots were aimed toward law enforcement officers.

Evans was emotional Thursday morning as he spoke to the media after the standoff. He said it was an emotional night for all involved.

"Of course, it's a very bad situation, and it's something that couldn't be helped," he said.

The man's name hasn't been released, but Evans said a deputy has spoken with the family.