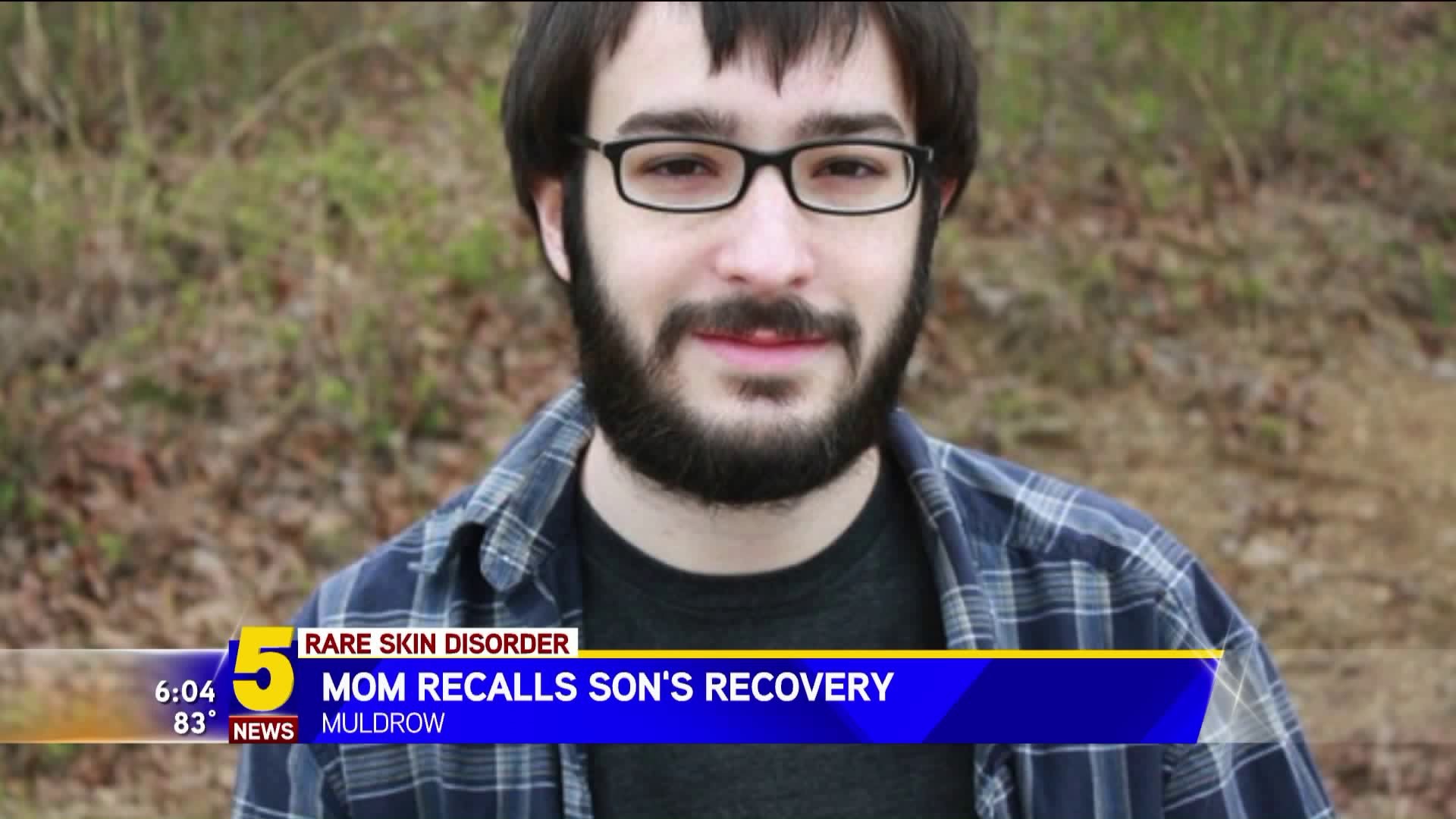 MULDROW (KFSM) -- As doctors diagnose a Greenwood High School football coach with a rare skin condition called Stevens-Johnson Syndrome (SJS), a Muldrow mom is sharing her son's experience of his recovery from the condition.

Doctors diagnosed at the time, 16-year-old, Kenny Andrews with the syndrome shortly after he had open heart surgery in the summer of 2005.

"He had a little bit of infection from that, so they put him on a little more antibiotic and that's when he got Stevens-Johnson," said his mother Karen Andrews. "He was allergic to penicillin and we did not know it."

Andrews said one morning Kenny was complaining of not feeling well and having bruises on his body.

"We took him to the doctor and he immediately sent him to the hospital," Andrews said. "He was at Children's Hospital and he kept getting spots. It looked like someone had taken a baseball bat and just beat him with the baseball bat. The places had swelled up and his knee was swollen twice its size and the bottom of his feet were black."

Dr. Tara Wilson of the Alexander Burn Center at Hillcrest Medical Center in Tulsa said the causes of SJS vary, but most patients come in with a rash on the upper body.

"It's related to a drug exposure and there are a lot of different medications on that list," Dr. Wilson said. "There are other times where it's associated with infections, also a very lengthy list of infections or cancer type conditions, and then sometimes, we just don't know."

For Kenny, doctors were able to treat his condition.

"[Doctors] tried several medications and nothing was working so they used a t-cell therapy in an IV bag," Andrews said. "They gave him two rounds of that and that's what stopped it."

Dr. Wilson stresses the importance of identifying what caused the condition.

"The rule of treatment for this if you can, is identifying the cause, treating the cause," Dr. Wilson said. "If it's medication, the removal of that medication. If it's infection, treating that infection, or if it's cancer, then it's starting the treatment of that. The supportive care until their skin heals and preventing infection is what will help people on the road to recovery and survival."

Dr. Wilson said knowing your family history can help prevent SJS. She said during treatment, the focus is supportive care to heal the skin and prevent further infection.

"It unfortunately is a trial and error," Dr. Wilson said. "There are some links to family history. So, if you have a family history of someone having had Stevens-Johnson, then go to your primary care to try to talk about what you can do to prevent that."

A few years later, Kenny passed away from unrelated medical complications, but his mom said one thing can help families get through the tough journey of the rare skin condition.

"Raise the family up and give them support in any way possible," Andrews said. "Let them know you're there for them."

Dr. Wilson said only two to six people per million are diagnosed with Stevens-Johnson Syndrome. She stresses if you have a rash that is blistering, to see a doctor as soon as possible for a tissue biopsy.