MULBERRY (KFSM) — A Mulberry couple has a warning for others after they received several letters marked Illinois Tollway that demanded they pay three fine... 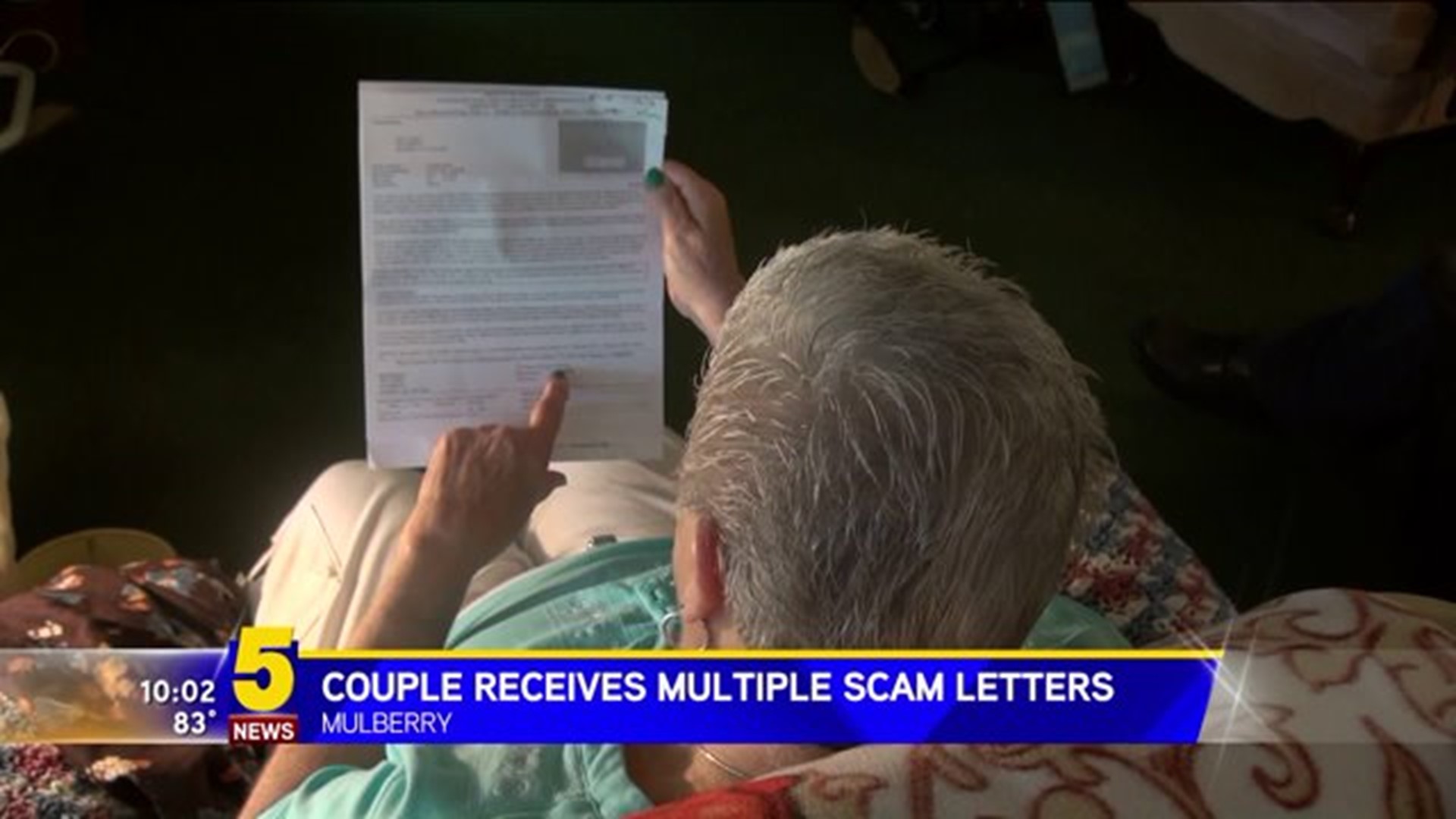 MULBERRY (KFSM) -- A Mulberry couple has a warning for others after they received several letters marked Illinois Tollway that demanded they pay three fines for unpaid toll fees.

The letters look authentic with an Illinois Tollway graphic, photo of a car and license plate and even a return envelope for payment.

"You open it up and it tell you how much your fine is, and it gives you a little envelope down at the bottom to tear loose, and it's pre-addressed and everything so you can mail them your check back," Troy Reed said.

While Reed's wife was in Illinois earlier this year, she was no where near a toll booth. One letter includes a picture of a Mercedes with a dealership license plate, which does not match the car the couple owns.

"I knew it wasn't mine, so I wasn't about to give them any money," Lois Reed said.

"Question these things," Reed said. "Just really question them, because if you know you weren't there or you didn't do it, don't buckle under. Call somebody, do something about it."

The Reeds hope others can learn from their experience.

"I just don't want to see other people get ripped off," Reed said. "There's a lot of people inclined to just give them $70 to get them out of their hair and I think that's really wrong."

"This office is always concerned about scams against Arkansas consumers. Some scam artists are even posing as government entities trying to collect money from consumers. If a government entity claims you owe them money, call the entity directly to verify the validity of the request. Never provide your personal or financial information, such as social security numbers, credit card numbers or bank account information."