MOUNTAINBURG AND OARK (KFSM) – Mountianburg and Oark Schools are both closed Monday, January 12th because of icy conditions out on the roads. Mountainburg... 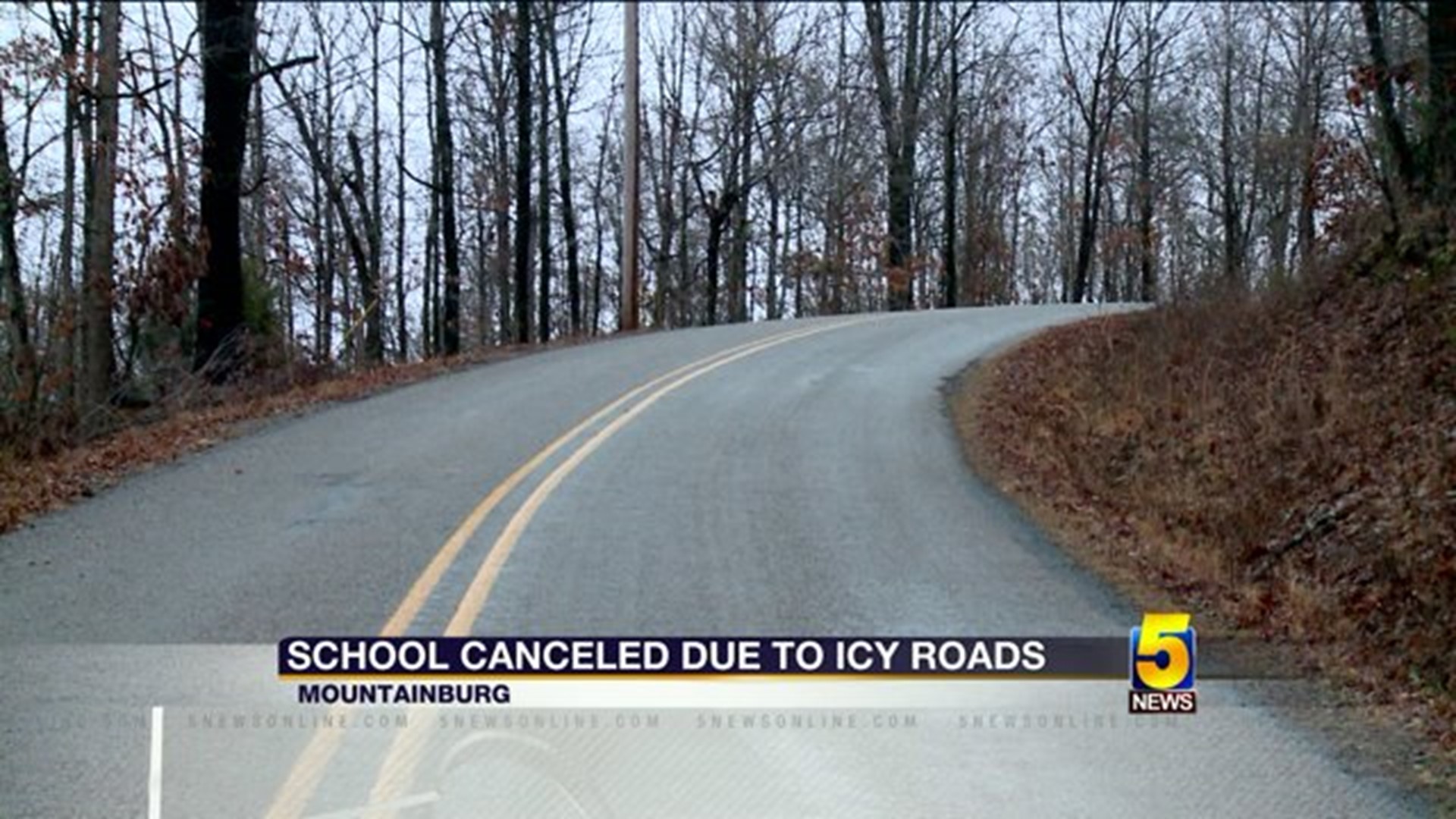 MOUNTAINBURG AND OARK (KFSM) - Mountianburg and Oark Schools are both closed Monday, January 12th because of icy conditions out on the roads.

Mountainburg Superintendent Dennis Copeland said he decided that it was too dangerous for buses to be out on the back roads that are still iced over after he drove on them himself early Monday morning.

"The safety of our students is our number one priority," Copeland said. "We wanted to make sure all students could arrive to school safely, and we didn't feel like that was possible with the back roads being so icy."

Copeland said he slid a number of times while heading into work Monday morning.

"Our main roads are just fine," Copeland said. "But when you get into some of the neighborhoods and back roads, they're just too icy right now."

Copeland said he'll decide on whether after school programs will still take place as planned later in the day.

Students at Mountainburg Schools will make up the missed day on Martin Luther King Junior Day, which is next Monday (Jan. 19), Copeland said.

Superintendent David Westenhover said all after school activities are cancelled as well.

No word yet on if or when students at Oark Schools will make up the missed day.

Mountainburg and Oark Schools are the only two districts in our area that are closed Monday.