MOUNTAINBURG, Ark. (KFSM) — A Mountainburg cemetery is getting some heat after some people are claiming the cemetery removed all of their decorations from loved... 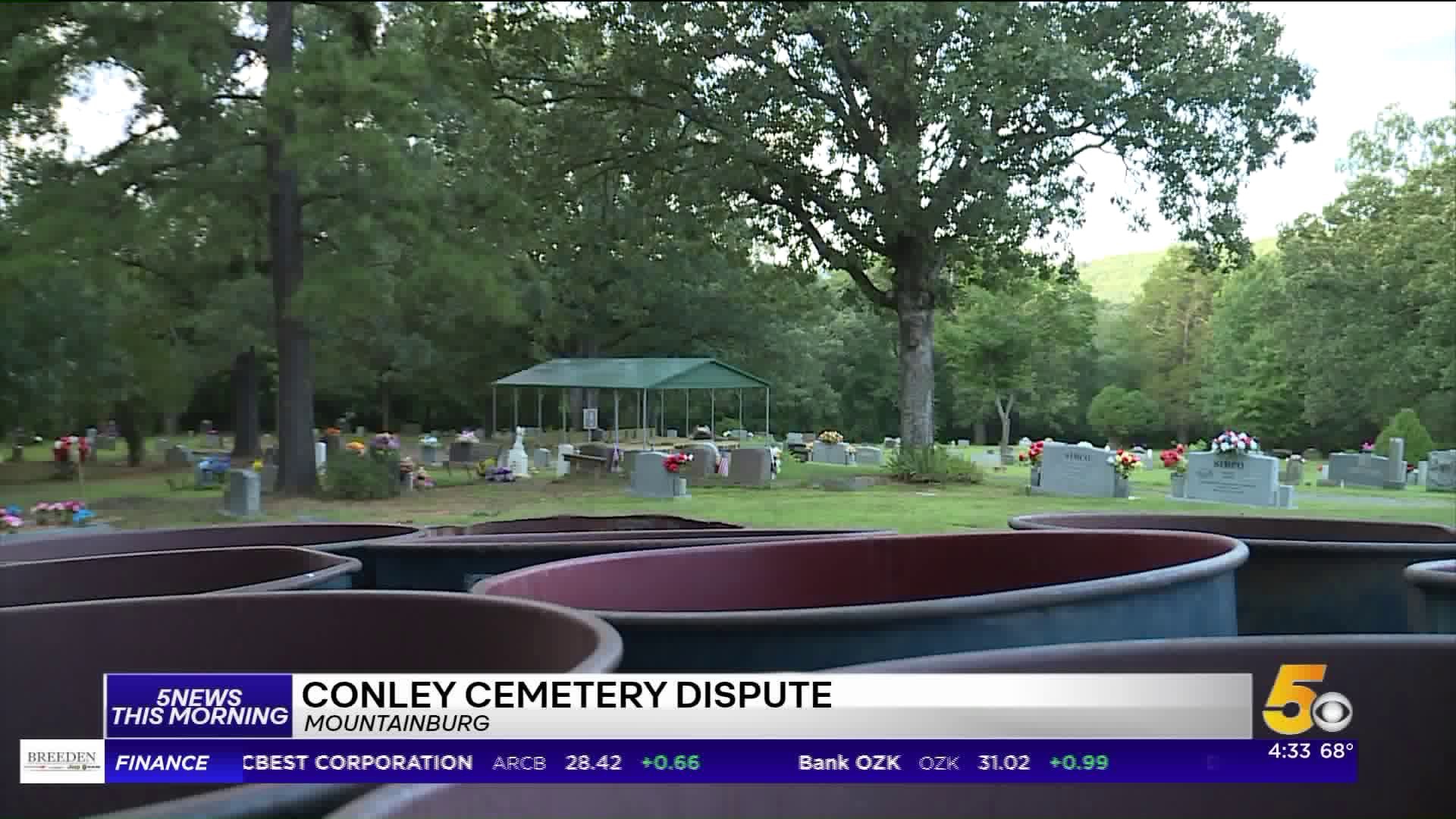 MOUNTAINBURG, Ark. (KFSM) — A Mountainburg cemetery is getting some heat after some people are claiming the cemetery removed all of their decorations from loved ones' headstones without them knowing.

That's not what the cemetery board is saying, though.

The Conley Cemetery revised its rules and regulations in September 2018 regarding when residents can decorate their loved ones' headstones.

Leann Morris says she has been visiting the cemetery since 1986 when she buried her brother, but last Sunday she showed up to find all of his decorations thrown in the trash.

"We walked up to an empty cemetery, we had a fence around his grave and that was gone," Morris said. "All of his little monuments were gone, flowers were gone."

Morris says she was never notified that decorations from her brother's headstone needed to be removed.

According to the Conley Cemetery Facebook page, a post from July 13 says they would be around that weekend to remove any decorations in order to make it easier for the groundskeeper to do his job.

The cemetery also mentioned how they put a sign up at the entrance and mailed a newsletter to let residents know of the changes.

Morris says she did not know about the Facebook page, did not receive a newsletter and did not see the signs.

"I’ve never seen them up until Sunday when we went out there to hopefully get the stuff out of the trash," Morris said.

In the new rules and regulations made by the cemetery, only flowers can be allowed on the ground from May 4 to June 4, after that they must be removed.

"It’s a part of the way families maybe if you want to say grieve or deal with the loss even though it may have been years ago...it’s never easy, and you get comfort by going down there and decorating," Morris said.

5NEWS reached out to the cemetery board for a statement, they responded in part saying:

"The Conley Cemetery Board acted in compliance with the rules and regulations that are set forth in the cemetery bylaws. These policies were posted at the cemetery, made available online and mailed out through a newsletter in February."

Morris says she thinks they deserve an apology.

"An apology would be a good start. I mean like I said it’s stuff that’s irreplaceable, I just don’t think it’s right," Morris said.

A meeting will be held by the cemetery board on August 6 at 6 p.m. at the Mountainburg Town Hall to discuss the cleanup process. Morris says she plans on attending.

The cemetery says that flowers can be placed on the monuments, but no glass vases are allowed at any time.