MOUNTAINBURG (KFSM) —  On Friday (April 13) the community of Mountainburg was hit by an EF-2 tornado, now families are working to pick up the debris that ... 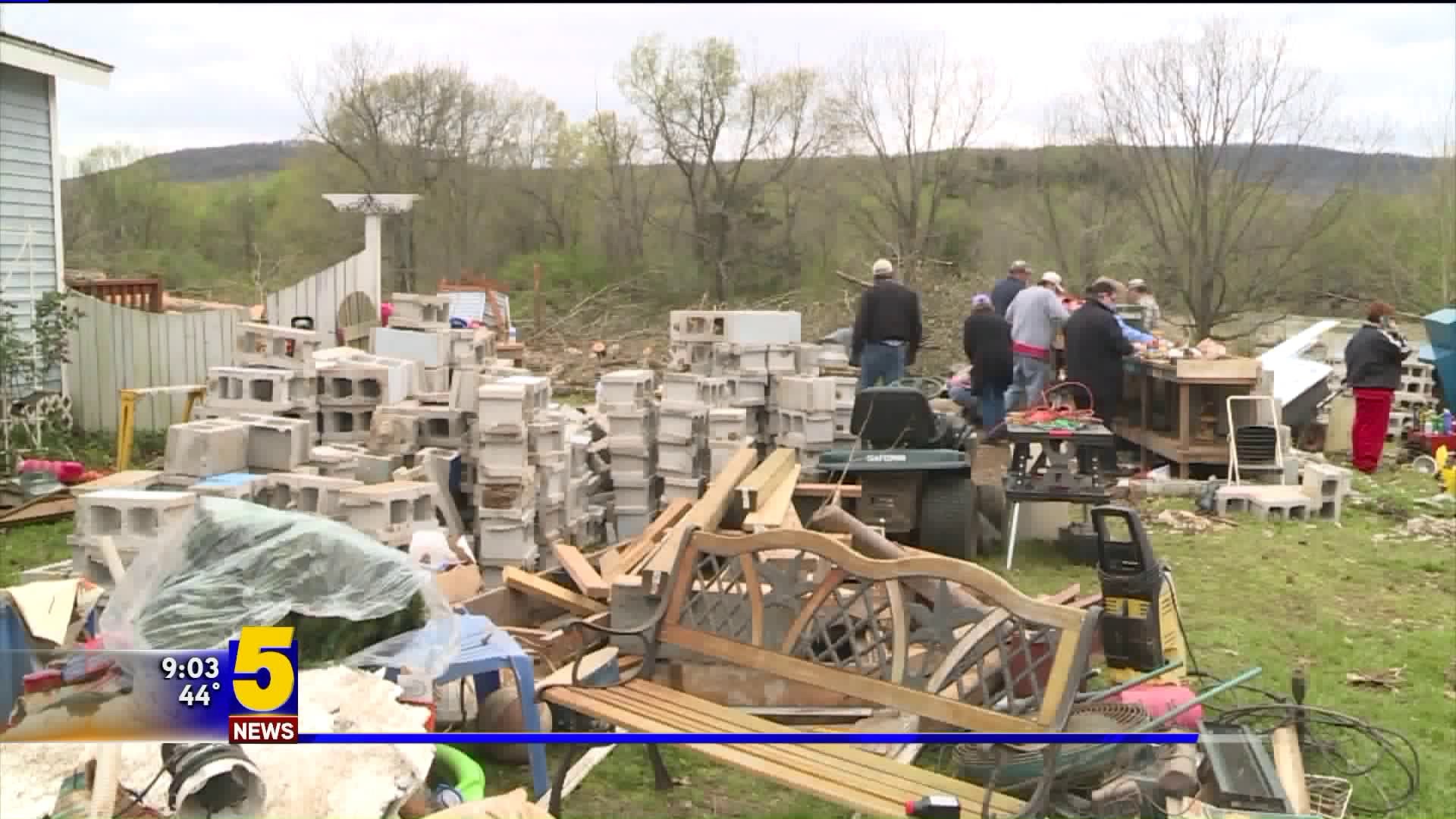 MOUNTAINBURG (KFSM) --  On Friday (April 13) the community of Mountainburg was hit by an EF-2 tornado, now families are working to pick up the debris that was left behind.

Some people lost a garage or a boat.

For others, such as the Kimes family, it took everything.

On Saturday (April 14) Rick Kimes picked up what was left of his mother's home -- and their 40-year business.

"They owned a service station here, a wrecker service, and I mean it took it clean out," said Kimes. "It was like a direct hit, right on it. The house is going to come down. So she's [mother] lost everything here."

Some Mountainburg residents still can't believe what happened, such as Taryn Jones.

"It's a little bit surreal, like it doesn't feel like a thing that would ever happen here," she said, "we've lived here 25 years, and my family has lived here a lot longer, and never once have we ever had anything like this happen."

Many people  are just thankful no one was killed and all the damage done was to replaceable items.

Kimes said they were able to pull sentimental items from the wreckage.

"Stuff that belonged to my grandpa, we were able to get a lot of that stuff out. That's the part that kind of hurts. Nobody was hurt, but now you have that [sentimental items] to deal with."

Both Kimes and Jones said they have seen an outpouring of strangers show up to lend a helping hand.

"It's really nice, a pleasant surprise. It's a relief to not have to worry about some of those things," said Jones.