MOUNTAINBURG (KFSM) — A petition is circulating the internet after the city of Mountainburg put up a fence around the iconic dinosaur statues at the city&... 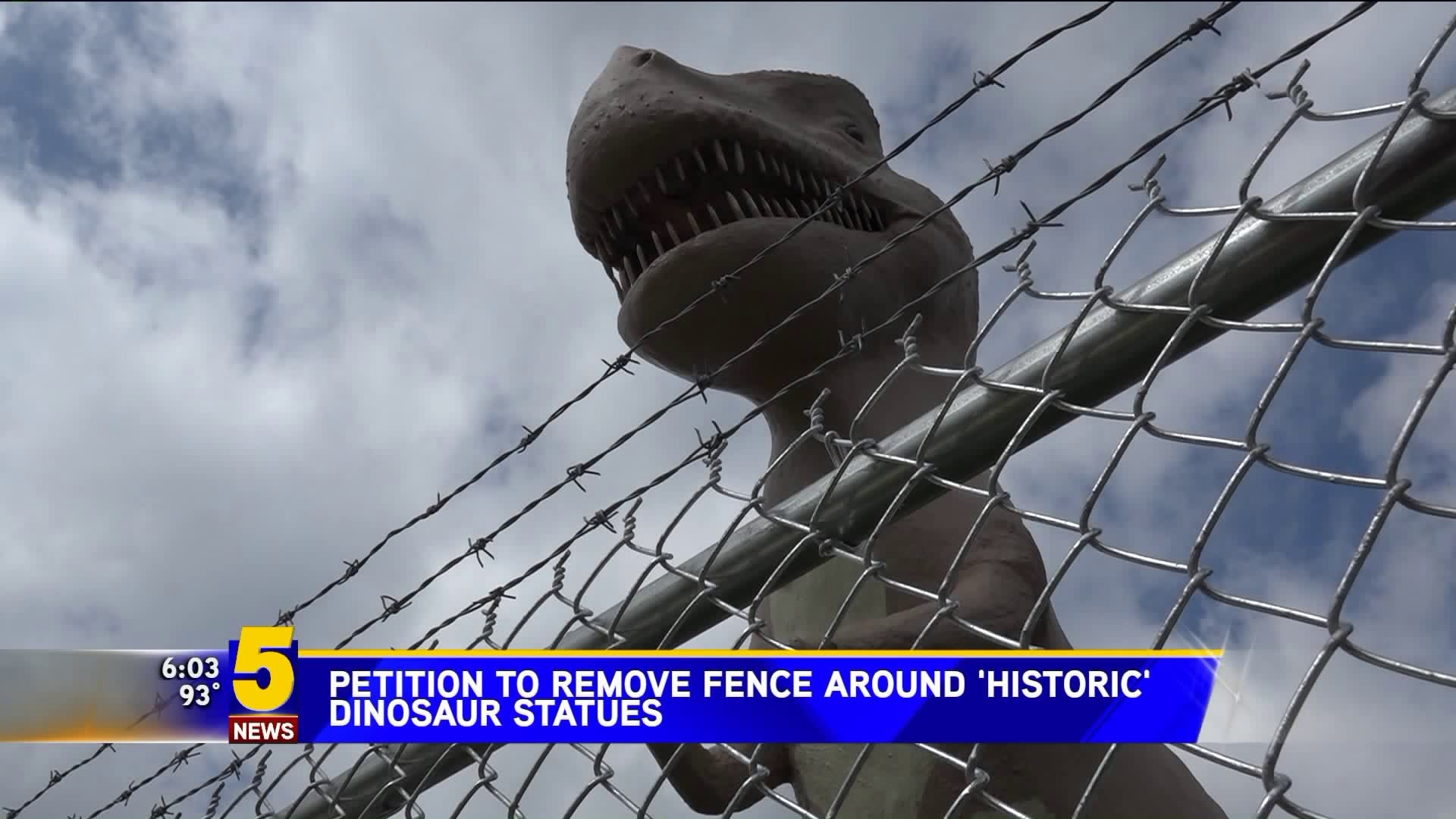 MOUNTAINBURG (KFSM) -- A petition is circulating the internet after the city of Mountainburg put up a fence around the iconic dinosaur statues at the city's park.

Tiffany Brown has brought her two young kids to play on the dinosaurs at the Mountainburg City park for years.

''My kids have been waiting all season to play on them again, they've been really sad because they've realized that they no longer get to play in or on the dinosaurs,'' said Brown.

But, this summer the park is different, an eight-foot fence with barbed wire surrounds the dinosaurs.

"They are what makes our park. I and everyone that was in on that decision to fence it hated to do it,'' said Moon.

City leaders say the 38-year-old dinosaurs are falling apart and the metal is getting rusty.

"If the dinosaurs are going to be here in twenty to thirty years from now they're going to have to be protected, that's why the fences are up," said Moon.

But, some are not a fan of the fences around the statues.

Brown said, "it's an eyesore, it's unwelcoming when you drive through town."

A petition with more than 700 signatures has been started to remove the fence.

"There are some very concerned citizens that started a petition and at least for our area you could say it's gone viral," said Brown.

Moon said insurance money from a tornado earlier this year paid for the fence and there's no room in the budget to redesign and build a new fence.