FAYETTEVILLE (KFSM) — The mother of a six-year-old boy who died in a shooting at Sandy Hook Elementary School in Newtown, Connecticut on Dec. 14, 2012, sp... 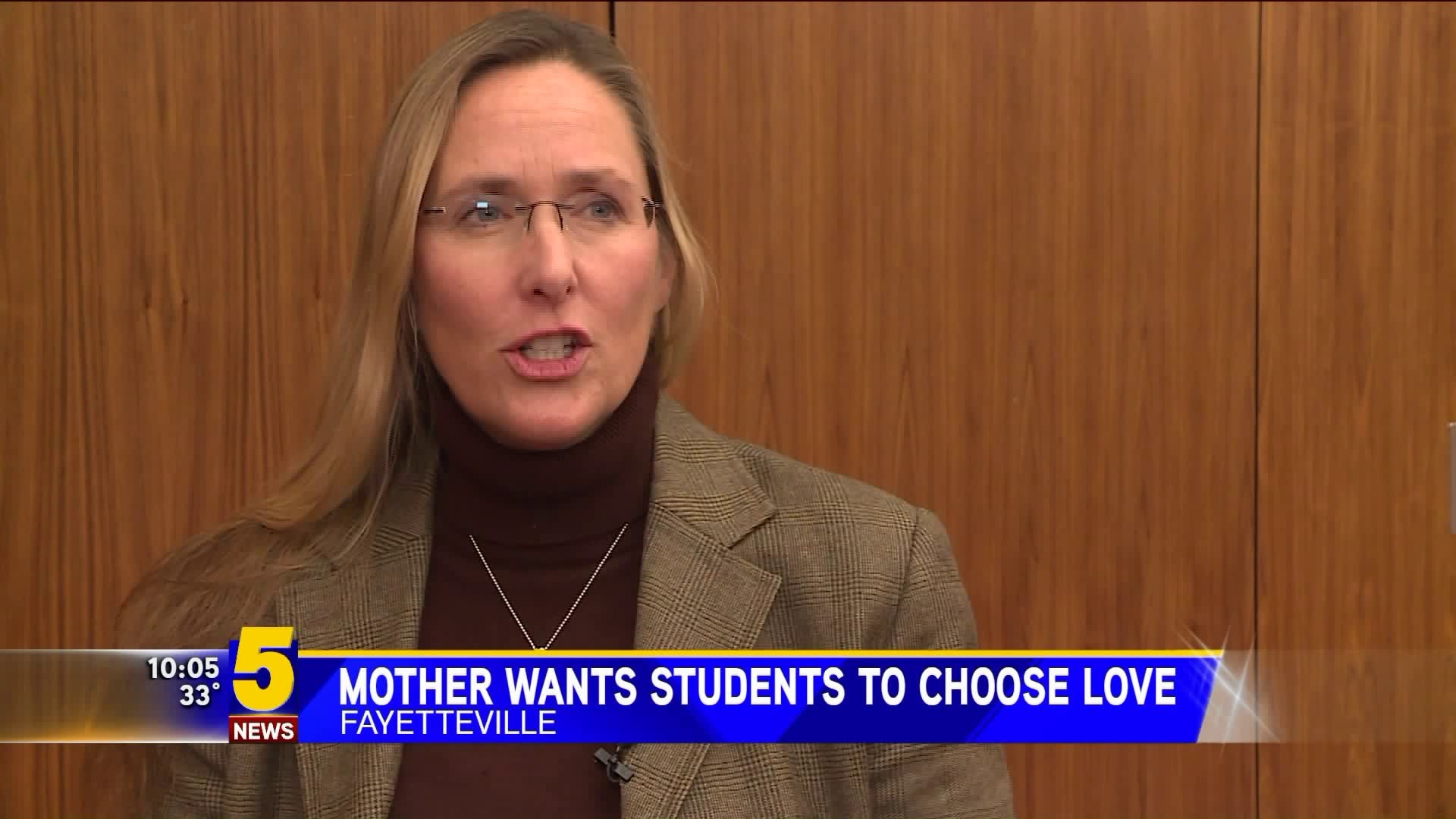 FAYETTEVILLE (KFSM) -- The mother of a six-year-old boy who died in a shooting at Sandy Hook Elementary School in Newtown, Connecticut on Dec. 14, 2012, spoke before a crowd in Fayetteville to ensure it doesn't happen again.

Scarlett Lewis created the Jesse Lewis Choose Love Movement, named after her son, to ensure student have access to social and emotional learning in their classrooms, to help facilitate this teaching within their families, schools, and communities.

"Teaching kids how to have healthy and positive relationships, deep and meaningful connections, how to be resilient on the issues we know they're going to face, how to manage their emotions," said Lewis of the organizations' mission.

"We know that kids who have these tools will not want to harm one another or others, and it's actually cultivating safety from the inside out of a child."

In Fayetteville, Washington Elementary was one of the first schools to implement the SEL curriculum, and Lewis said the district recently approved expanding that to all of the district's schools.

Looking back on her tragedy, Lewis knows her son's death was preventable and wants to make sure it doesn't happen to anyone else.

"It's going to take all of us to, taking responsibility for what's going on with our kids and in our society, all of us standing up to be part of the solution," Lewis said.

Lewis' visit also comes days after the Arkansas School Safety Commission completed a draft of safety recommendations for districts around the state.