ALMA (KFSM) — Twenty-one years later the search to find Morgan Nick is still on. The 6-year-old Morgan Nick was abducted from an Alma ball park on June 9,... 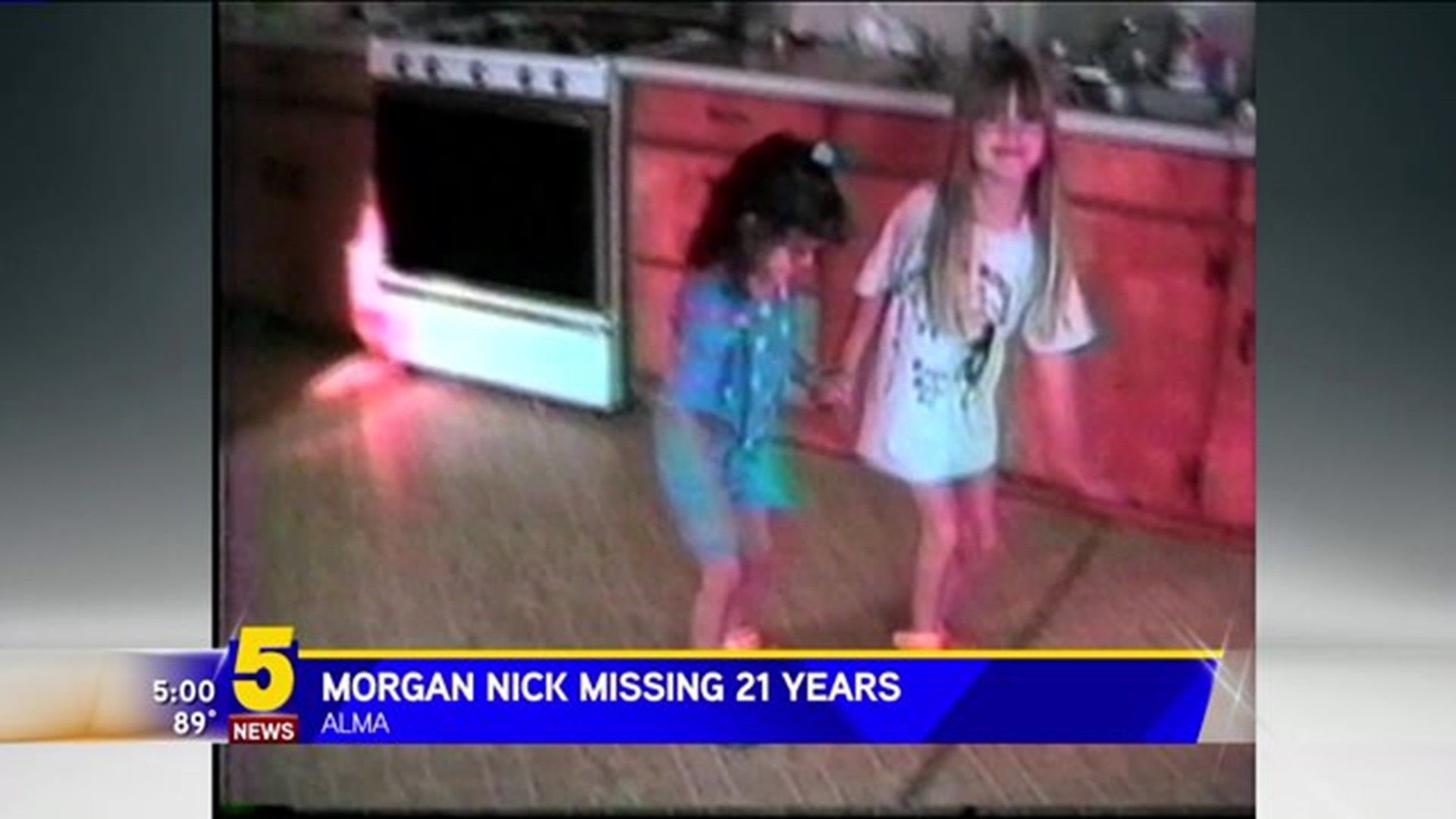 The 6-year-old Morgan Nick was abducted from an Alma ball park on June 9, 1995. She was at the ball park with her family when they said she went to catch lightning bugs with two friends.

The last time Morgan was seen, she was emptying sand from her shoes near her mother's car.

Investigators have said the two friends with her noticed a suspicious man in a red truck with a white camper there that night. Morgan disappeared after 10 p.m. and so did the red pickup. The man believed to be driving the pickup was estimated to be in his mid-twenties at the time.

"We had every belief that we would find her immediately, that when the police arrived they would fix this and they would make it okay," said Colleen Nick, Morgan's mother. "We never imagined that we would be here 21 years later, but we're here, and we haven't given up our fight."

Today, Morgan is 27-years-old. A massive investigation has turned up thousands of leads over the years. Her family is still hopeful that she will return home.