VAN BUREN (KFSM)- A group that supports the Confederate flag had a huge turnout for a rally Friday night (July 3) in Van Buren. Despite the rain, more than 250 ... 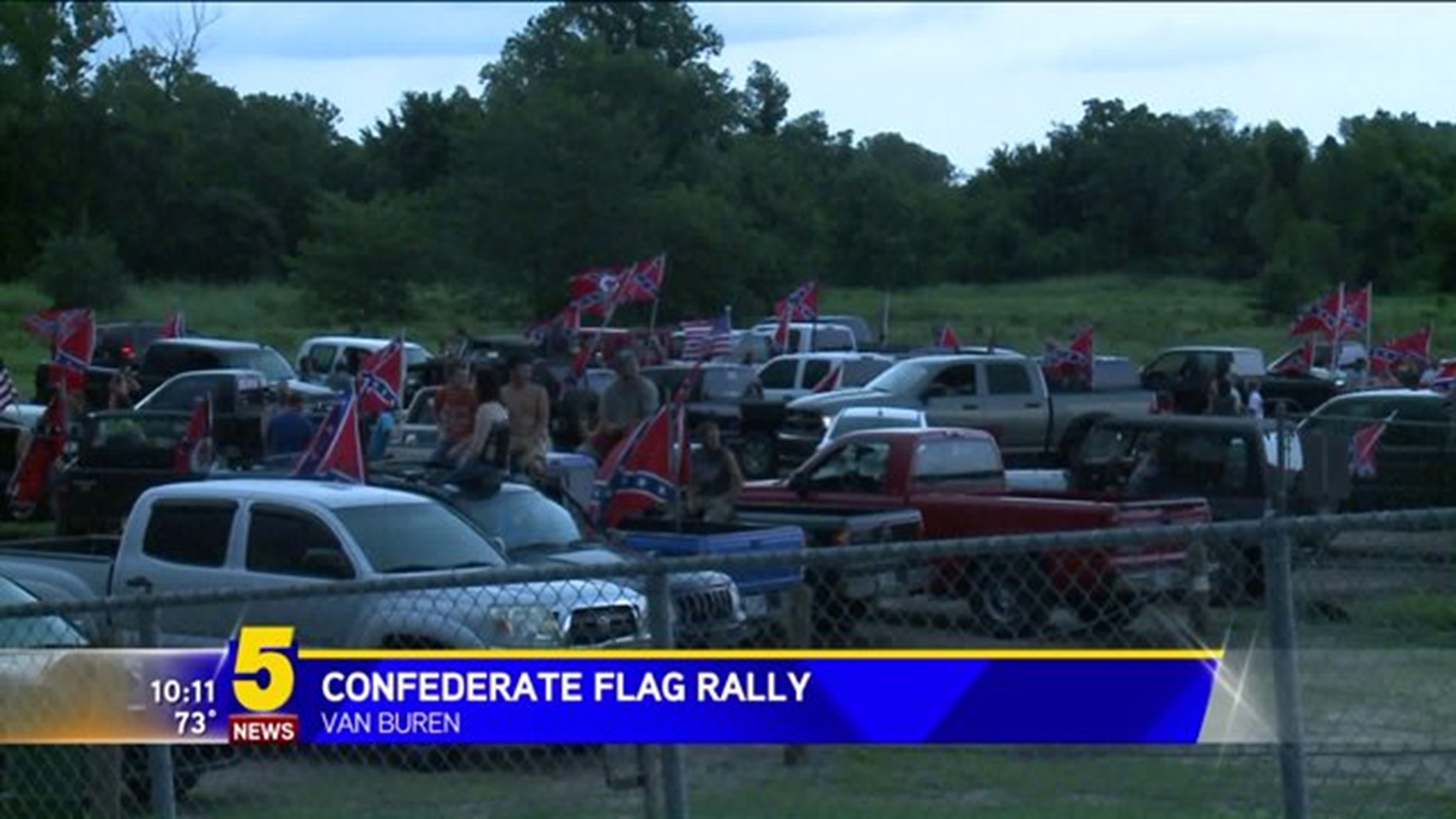 VAN BUREN (KFSM)- A group that supports the Confederate flag had a huge turnout for a rally Friday night (July 3) in Van Buren.

Despite the rain, more than 250 people gathered to display their support for the Confederate flag during the second Southern Pride cruise. The event was led by Keith Zimmerman. He said the group isn't trying to cause any trouble, but they just want people to know why they are doing it.

“They seem to think that the flag is a racist, hate, white supremacist kind of thing when it`s not,” Zimmerman said. “It`s history. It`s heritage. It shows that you`re from the south, southern hospitality. It`s got all of that rolled into it.”

He wants the Southern Pride group to be positive, so Zimmerman said they are also helping the community.

“We`re not making it mandatory for everybody to bring a can, but everybody here so far has brought a box,” Zimmerman said. “We`re taking it to the Next Step Day Room to help them out a little bit.”

Southern Pride member Manuel Dias was at the rally.

“Us personally, it`s not a racist thing,” Dias said. “It`s not a negative thing.”

He said the group will not allow any members to get out of line.

“We`re not out to offend anybody,” Dias said. “We`re just here to express our own feelings and emotions, but controlling them at the same time.”

Dias said it all comes down to his freedom.

“All I want to say is, it`s part of my rights,” Dias said. “I`ve got the Bill of Rights. I`ve got my First Amendment, and I`m going to stand by it, and nobody`s going to take it away from me.”

Another group called Together Fort Smith also held a rally Friday night in Fort Smith. According to their Facebook group, their mission is to emphasize unity and they do not support the use of the Confederate flag. They are also using the hashtag, “#TogetherFortSmith” to promote their message.