Clarksville school district faculty and staff will be packing heat this coming school year, and that has one area mom concerned. Roughly 20 Clarksville School D... 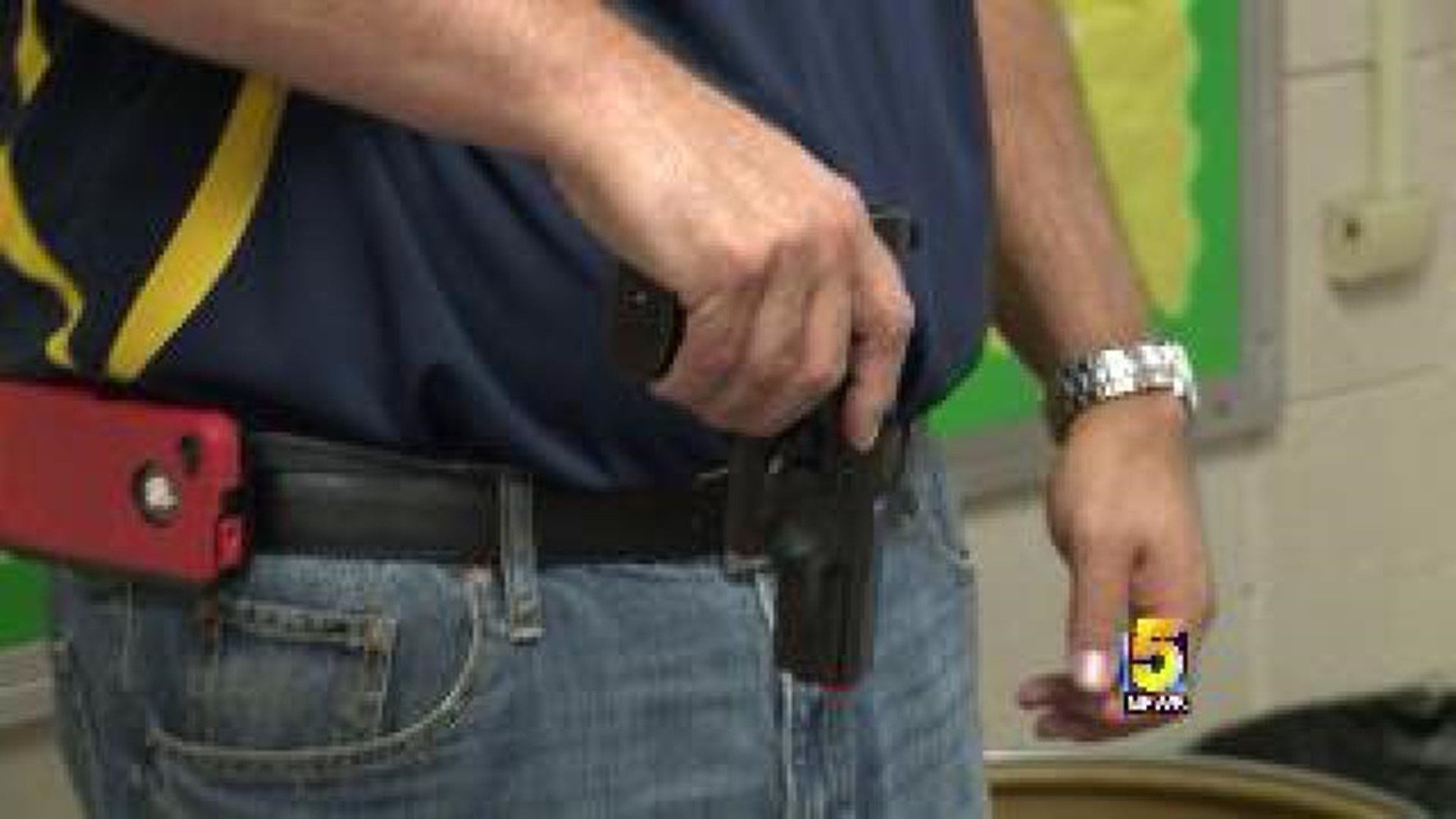 Clarksville school district faculty and staff will be packing heat this coming school year, and that has one area mom concerned.

Roughly 20 Clarksville School District employees, ranging from a janitor to an assistant principal, will each carry a .9-mm handgun this August. One parent said she's pulling her son out of the school because of the decision.

"I am disturbed enough that my child probably won't go to Clarksville,” said Sherry Womack. “One of the reasons we moved to this community is because we had looked at this school and thought it was a great school."

Womack has two children that have already graduated from Clarksville. She said there are other precautions the school can take to stay safe.

"There's no security in bringing in a gun,” said Womack.  “If you want to do something, put in metal detectors.”

Clarksville School District Supt. David Hopkins said the training his faculty and staff received is as realistic as it gets, and that they feel confident they could prevent a school shooting.

"They’re able to respond to one of those horrible situations in seconds rather than minutes," said Hopkins. “We feel like that's the validity of what we’re trying to do, to take care of our kids and our staff here."

The faculty and staff that will be armed are known as the 'Emergency Response Team'. The team has gone through more than 50 hours of what they describe as intense training to keep the 2,500 students safe on each of the five campuses of the Clarksville School District.

While some parents question the changes, the Clarksville Emergency Response team plans to carry their firearms the first day students return back to school.

The school superintendent said staff will continue training through the year.