MOFFETT (KFSM) — School is back in session, but Moffett is continuing to rebuild after an historic flood damaged most of their school. Now that the volunteer cr... 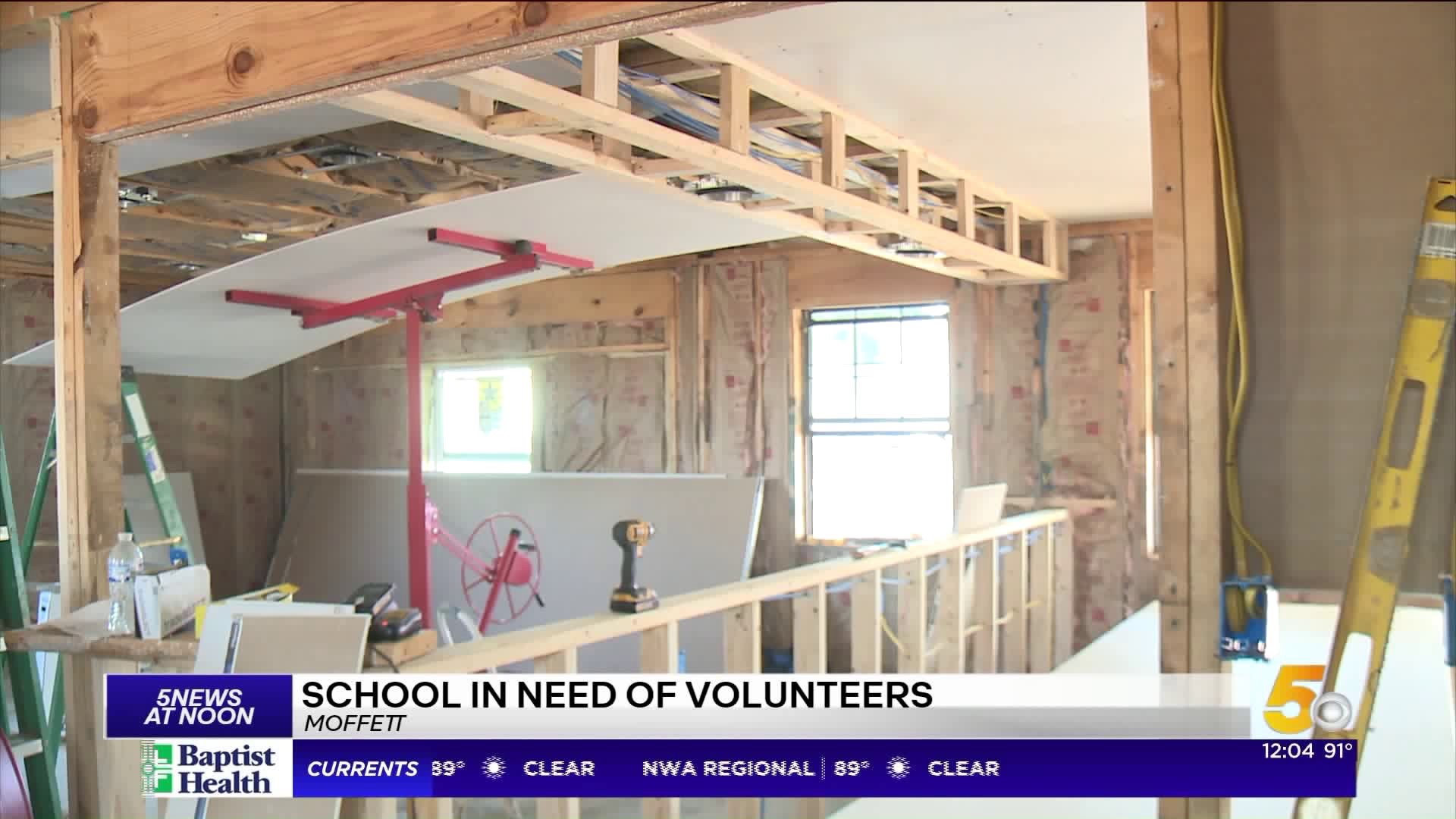 MOFFETT (KFSM) — School is back in session, but Moffett is continuing to rebuild after an historic flood damaged most of their school.

Now that the volunteer crew that's been helping is leaving town, they are asking for help from those in the surrounding communities.

One of the biggest needs is hanging drywall, so the school is asking anyone in the area who may be able to help to volunteer at the school.

"So we’ve been trying to replace everything from drywall to ceilings to new floors, insulation, new equipment in the cafeteria — just a huge number of things that we’ve been working on since we’ve been here," said Warren Johnson, God's Pit Crew project leader. The volunteer group has been helping with repairs since the flood.

With the group leaving on Friday, the school is needing drywall installers in the area to help finish the job.

"Apparently right now, Sheet Rockers are pretty booked up at Fort Smith 'cause they had quite a bit of damage over there also, so we’ve had a problem trying to find some Sheet Rockers," said teacher Stacey Beam.

Beam says the school is 75 percent complete, and both the school and God's Pit Crew have been blown away by the amount of help already shown by the surrounding communities.

"We’ve had a huge amount of volunteers here, not only from God’s Pit Crew but from the area. There was days were we’ve had upwards of 80 people here working at one time," said Warren Johnson.

While the group is leaving soon, co-director Terri Johnson says they are trusting that what needs to be finished at the school will get done.

"We’re going to stand here on Friday, and say to God be the glory. And I know he will provide all that we need and I just pray that he will reign on everybody here today an extra portion of strength to get us through and give us eyes to see the finish line and know that he’s got the finish line," she said.

Beam says that God's Pit Crew has spent more than $300,000 on supplies for the school and that they've now become part of the Wildcat family.