Moffett Residents Continue To Clean Up After Historic Flooding

MOFFETT, Okla. (KFSM) — It’s been more than a month since historic flooding struck the small town of Moffett and the slow road to recovery is about to pic... 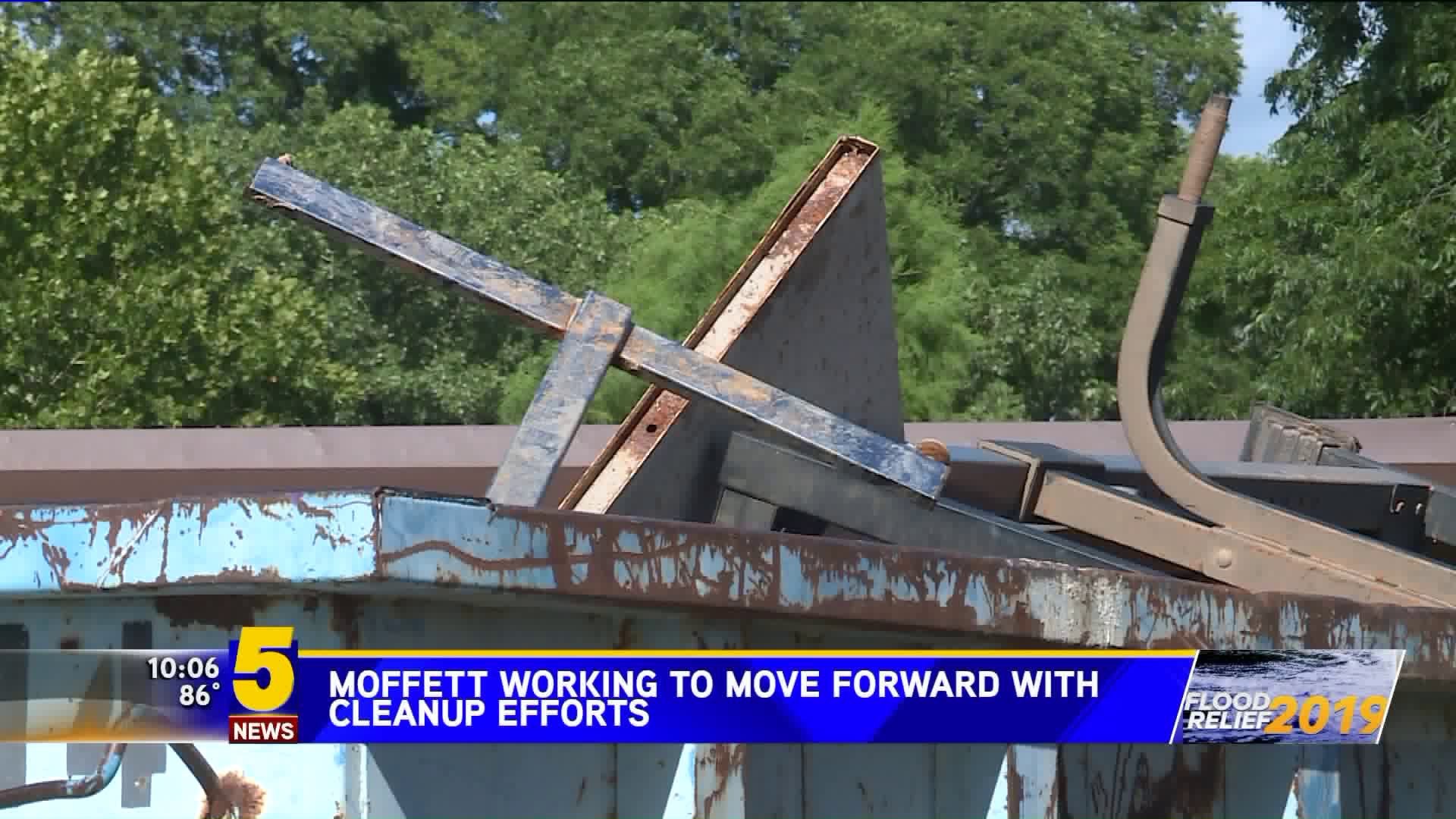 MOFFETT, Okla. (KFSM) — It's been more than a month since historic flooding struck the small town of Moffett and the slow road to recovery is about to pick up the pace.

Piles of debris sitting on the streets will soon be gone.

"We're doing alright, there's been more help then we could ever imagine," said Moffett resident David Lindsey. "There have been lots of folks coming in. At the beginning of this thing, I said if we find mercy and goodness and kindness at the end of it we'll be doing well and we have."

Lindsey says the cleanup process has been slow because the city has had trouble getting dumpsters.

According to Steve Rutherford, the Sequoyah County Emergency Management Director, dumpsters were on loan from the Cherokee Nation, Sue's Recycling and other places.

The dumpsters were taken to Webbers Falls with the understanding that they would return to Moffett, but things didn't go as planned.

"Somewhere the ball was dropped and we had to call and make sure that they were coming back," Rutherford said.

This week the dumpsters finally returned.

Rutherford predicts there are about 30 to 35 dumpster loads of stuff that needs to be picked up and taken to a landfill.

Rutherford says FEMA is expected to return to Moffett where they will set up again in the school parking lot. They will be there for four days to help people still needing assistance.