PETTIS COUNTY, Mo. (KFSM) — Travis Lee Davis, the fugitive who escaped a Missouri jail and fled to Oklahoma before returning to Missouri, has been captured. The... 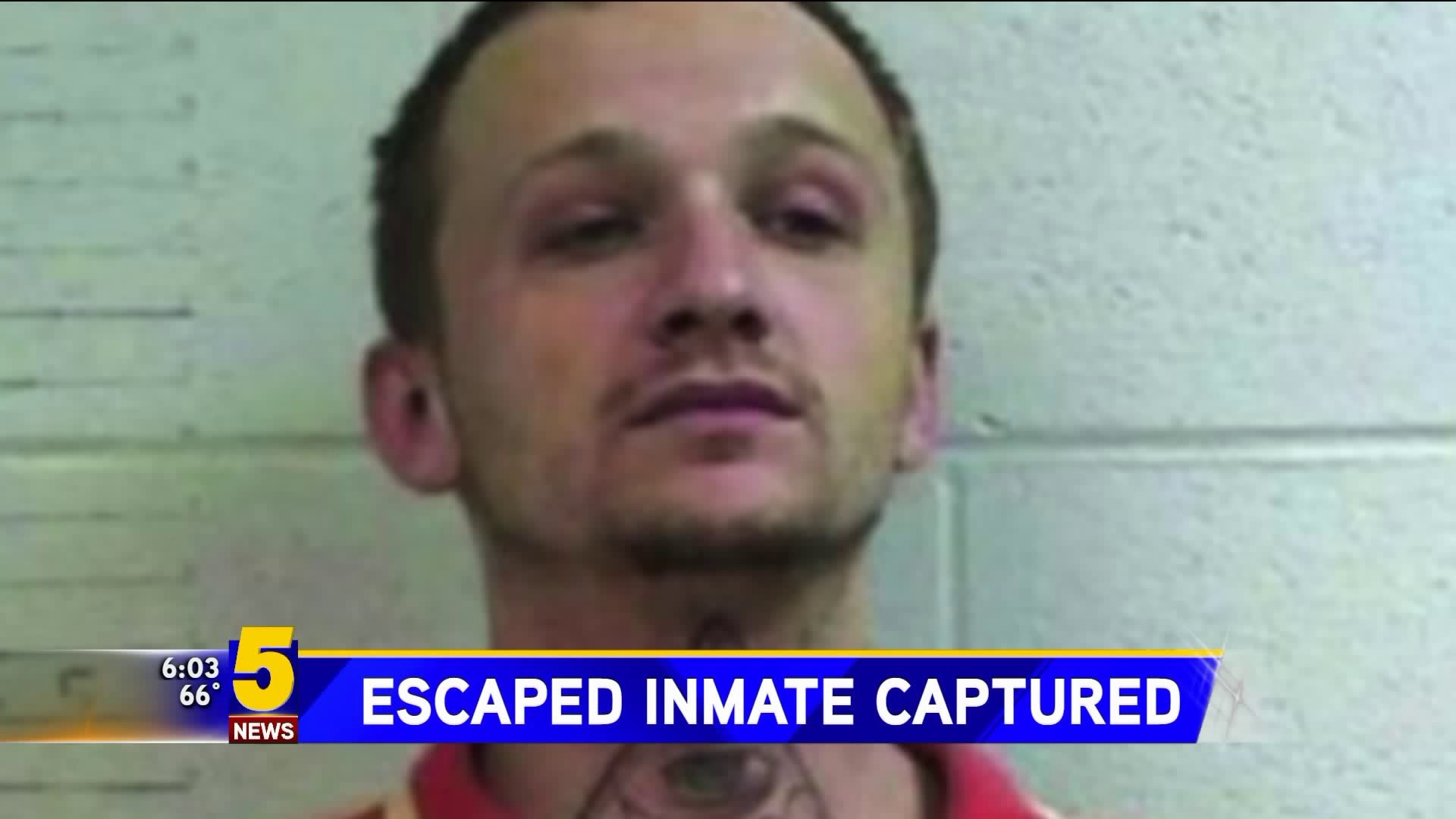 PETTIS COUNTY, Mo. (KFSM) — Travis Lee Davis, the fugitive who escaped a Missouri jail and fled to Oklahoma before returning to Missouri, has been captured.

The Pettis County Sheriff's Office confirmed the capture on its Facebook page, and the Sedalia Police later confirmed the arrest in a news release.

According to the Sedalia Police, investigators learned that Davis was possibly hiding in a detached garage at a residence in the 2100 block of East 7th Street in Sedalia about 4:30 a.m. Tuesday.

Police went to the home and found Davis hiding in the attic of the garage. He was ordered to come down from the attic, which he did, and he was arrested.

Police said Davis claimed he had a medical issue that needed attention, so Pettis County Ambulance District responders answered the call. They then transported Davis to the Bothwell Regional Health Center, where he was evaluated and found fit to be jailed. He was then taken to the Pettis County Jail, police said.

Davis has been on the run since last week, when he escaped from the Pettis County Jail in Sedalia on March 10. He was first spotted in LeFlore County, Oklahoma, at a casino last Wednesday (March 13) and was detained by a Heavener Police officer after a woman told police she was Davis' kidnap victim.

That woman, identified by the LeFlore County sheriff as Christole Hurst, was later determined to be Davis' traveling companion.

Investigators say a Heavener officer detained Davis and put him in the back of his patrol car, and that's when Davis stole the Heavener police car, which he later wrecked just off of Highway 59.

LeFlore County Sheriff Rob Seale said Davis took refuge inside a local family's RV without their knowledge. Over the weekend, the family woke up to find that their truck had been stolen.

The truck was eventually found in a field in Pettis County, Missouri.

Deputies say Hurst was wanted for filing a false police report in their county, as well as aiding a fugitive. Davis is also facing several charges there.

"When charges in Missouri are complete, they will be extradited to LeFlore County where they will face additional charges from Heavener P.D. and the Sheriff's Office for escape from custody and two counts of vehicle theft," Seale said in a Facebook post.

Davis is now facing a list of charges from two counties in Missouri, as well. He is being held without bond on the parole violation for assault charge. Davis is also being held on a combined $210,000 bond out of Pettis County on charges of escape from custody, failure to appear for kidnapping and failure to appear for resisting arrest. He also has a $1,800 cash-only bond out of Benton County, Mo., on a charge of child neglect.

A previous copy of this story stated that Christole Hurst had been arrested at a Abusted Women's Shelter. The information was provided by the LeFlore County Sheriff's Office.