A missing woman was found dead in Arkansas hours after police fatally shot her estranged, rifle-toting husband near a popular shopping area in Kansas City, Kans... 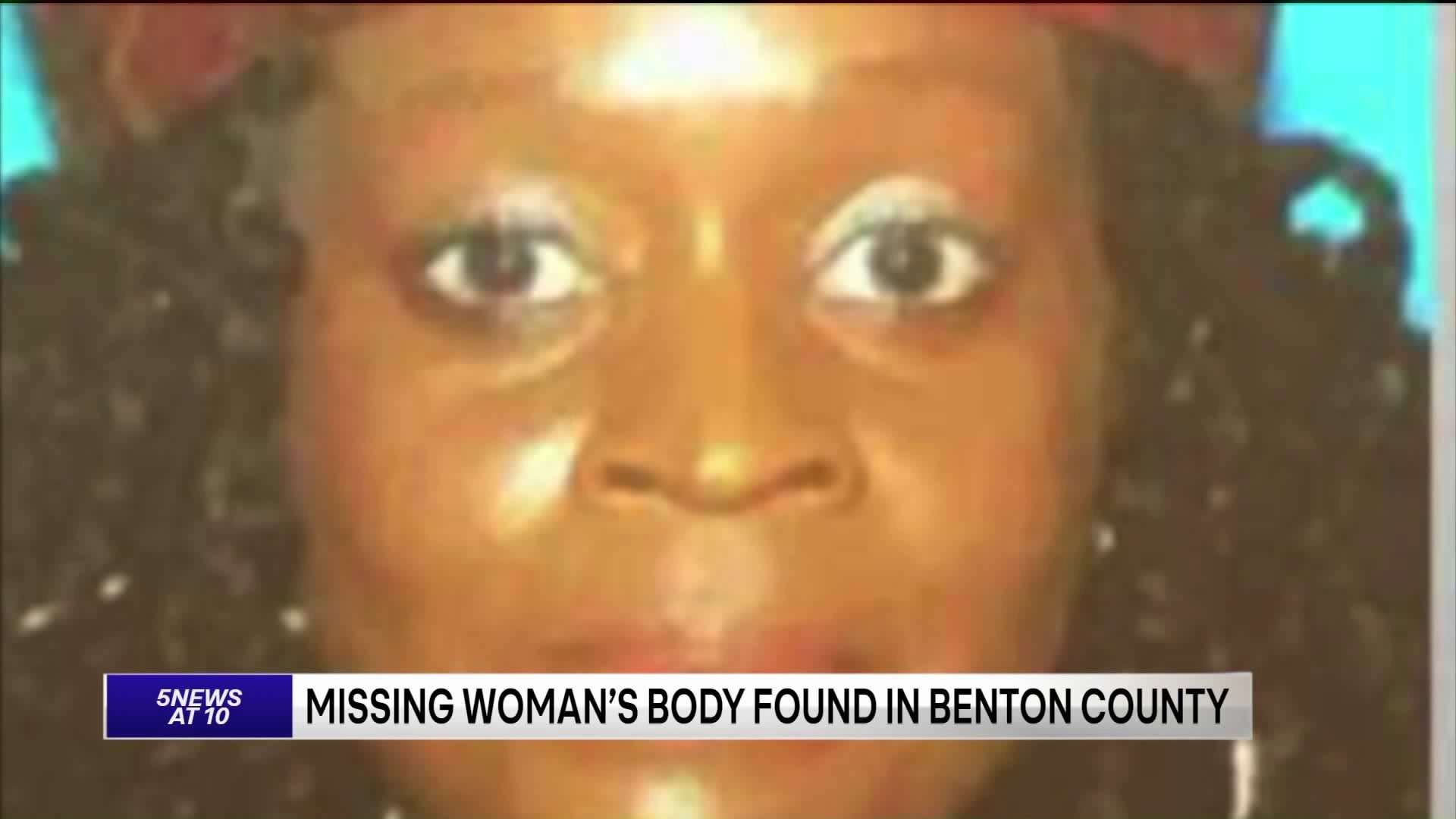 The body of 49-year-old Sylvia Ussery-Pearson was found Tuesday night in northwestern Arkansas' Benton County, police said during a news conference in Overland Park, Kansas, where she was from. The discovery was made hours after Charles Pearson, a 21-year veteran Army Ranger who had completed two combat tours in Iraq, walked into a Country Inn & Suites and told the general manager that he killed his wife.

Pearson, 51, said he was armed and heading to the nearby Legends Outlet shopping district.

Police in Kansas City, Kansas, said that when law enforcement confronted Pearson at an intersection, he fired several shots at officers, who returned fire and killed him.

Ussery-Pearson had been missing since Monday after leaving her home with her husband, who lived in nearby Lenexa, Kansas. Overland Park Police Chief Frank R. Donchez Jr. said her family filed a missing person report later that day after they were unable to contact her. Police then contacted her husband, who allowed police to search his home and car. The Benton County Sheriff's Office said in a news release that he told law enforcement that he didn't know where his wife was.

Donchez said Pearson later called family and friends and said he was suicidal before going to the shopping area, where the shooting happened.

A handwritten note found in Pearson's Lenexa home led law enforcement to search the upscale Whitney Mountain Lodge, located above Beaver Lake, and find her body near a water tank, according to the Benton County Sheriff's Office release. It wasn't clear whether Pearson had a connection to the area.

Donchez said Ussery-Pearson's death is believed to be a homicide but the cause hasn't been released. He said no other suspects are being sought. He said the couple had been estranged since February. Court records and friends paint a picture of a turbulent relationship.

Lenexa police said officers responded to four calls involving the couple, including one in October 2018 in which Pearson was charged with misdemeanor criminal damage to property. Pearson, who allegedly broke a mirror, was booked into the Johnson County jail and released the next day after posting bond. The court records indicate a diversion agreement in the case was signed Nov. 28, 2018.

Police said officers also responded to two disturbances in January and a "civil matter" in February, but no arrests were made in those three incidents.

One of Ussery-Pearson's friends, Denise Skaggs, told The Kansas City Star that Pearson was abusive and refused to see a counselor for what Ussery-Pearson suspected was post-traumatic stress disorder. Skaggs said Ussery-Pearson told her "she was done" with the marriage and moved out.

Skaggs, who described Pearson as a "loose cannon," said Ussery-Pearson didn't want him to know where she was living but found him "lurking around."

Skaggs said Ussery-Pearson lost a son to violence in 2017. He was killed in a shooting, she said.

Donchez said he didn't know whether Pearson had PTSD from his military service.

"We need to do more for our veterans that return from combat," he said. "This may or may not be an unfortunate circumstance of his service."

Before Ussery-Pearson's body was found, officials in Cass County, Missouri, searched a patch of land outside of Harrisonville that belonged to U.S. Rep. Vicky Hartzler. Police said the reason for the search was that Ussery-Pearson's phone had pinged on Hartzler's land about 40 miles (64.37 kilometers) south of Kansas City.

Some of Charles' close friends, who he served with in the military, say they never saw this coming.

"If he did do that then he probably felt guilty. So saying what he said was his way of saying I did this and I need help," Clinton Lee Jr. said. "They were both great people. Sylvia was beautiful inside and out. Chuck was a great person, but unfortunately, together they weren't always great."

Residents who live nearby where Sylvia's body was found say they were in shock when they heard the news.

"It’s hard to believe, it’s hard to imagine. Even though I’ve only been here five years I don’t think that in five years has ever happened here in this area," Ben Hebert said.