A Franklin County man has a large hole in his wall and other damage to his property,  after an artillery shell from Fort Chaffee hits his community. “Then... 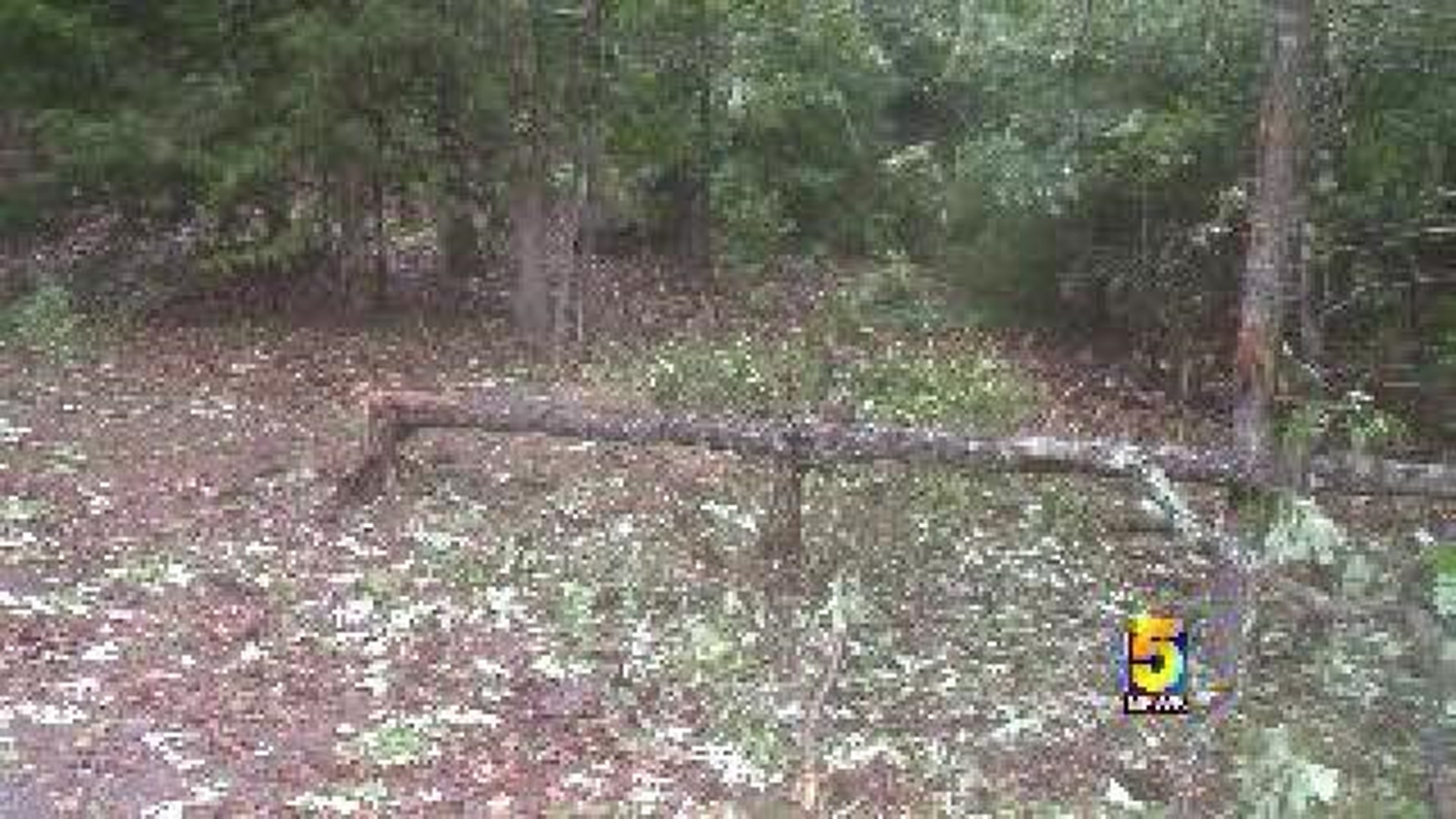 A Franklin County man has a large hole in his wall and other damage to his property,  after an artillery shell from Fort Chaffee hits his community.

"Then all of a sudden there was a tremendously loud boom," said neighbor Susan Strobel.

People in Charleston who live close to Fort Chaffee are use to hearing explosions.

"I just assumed that they got some type of new weapon they were trying out," said Strobel.

But this was the first time Bryan Martin had damage in his own backyard. " I had a lot of damage to the roofs, to the siding, and holes and you could stick your fist into the brick", said Bryan Martin.

According to Major Matt Snead with the Arkansas National Guard, an artillery shell was fired and hit east of Rattlesnake Canyon Road in Franklin County.

"The damage could have been lives," said Martin.

According to Martin, around 3:00 p.m. on Thursday (June 5), the shell landed on his property and then exploded.

"We didn't know what happened. We thought it looked like somebody came through with a bulldozer," said Martin.

"We support the army and the military. We have to do what we have to do," said Strobel.

In a statement, Fort Chaffee Commander Col. Ron Brazell released said "I am relieved no one was injured." His statement also said "here at Fort Chaffee, safety is at the core of everything we do; as Arkansans who live and work in the surrounding communities, we are very passionate about ensuring this type of incident never happens again."

According to Snead, after the incident the Missouri Unit ordered to halt training.

Martin said investigators from the Arkansas National Guard will survey the damage to his property. According to Snead, the investigation into the incident is ongoing.