FORT SMITH, Ark. (KFSM) — MillerCoors will be donating 50,000 cans of water to residents and first responders impacted by the historic flooding in the River Val... 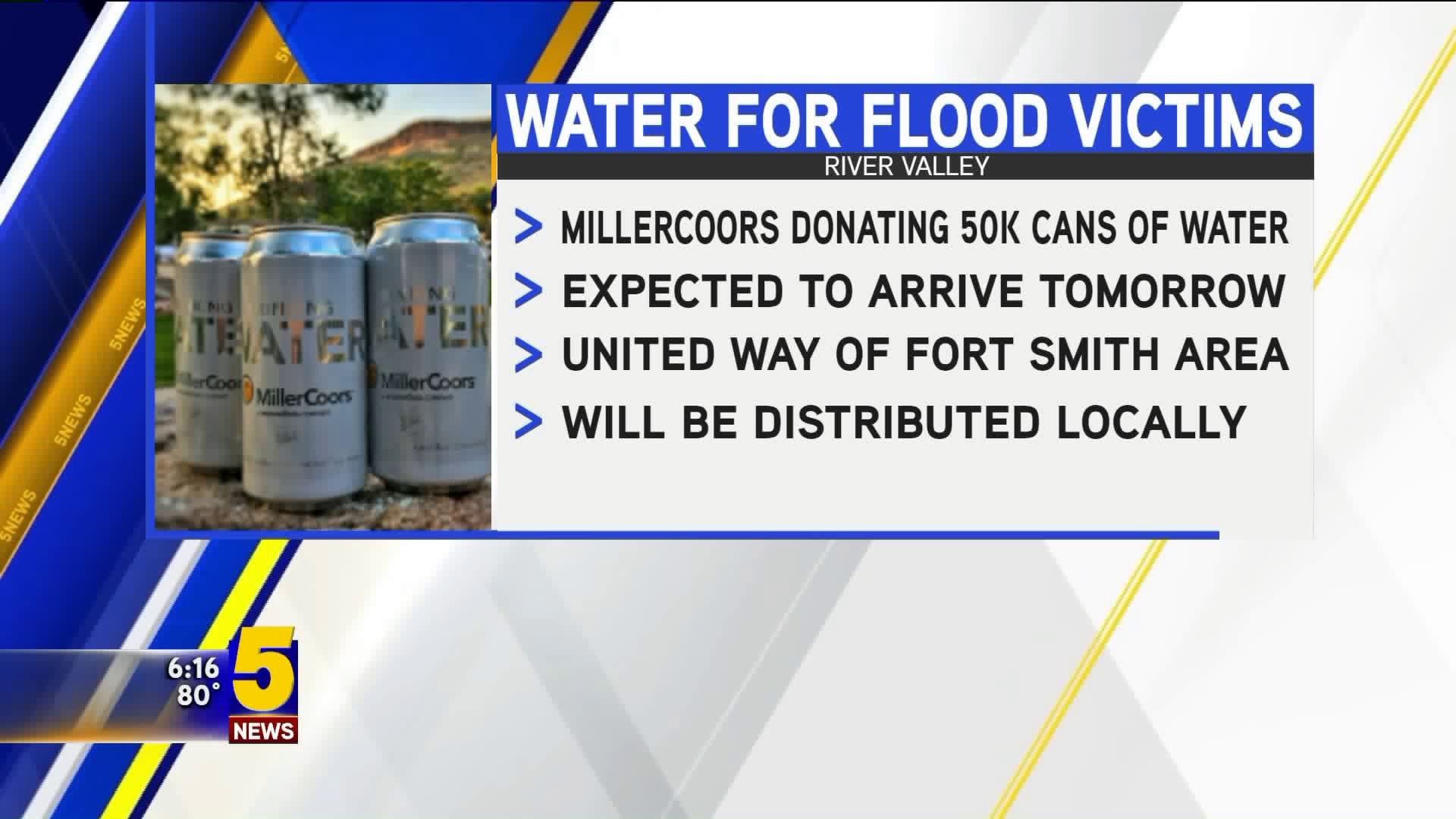 FORT SMITH, Ark. (KFSM) — MillerCoors will be donating 50,000 cans of water to residents and first responders impacted by the historic flooding in the River Valley.

In partnership with Burford Distributing, and with transit donated from Coyote Logistics, the water cans will be distributed locally as needed by United Way of Fort Smith Area.

"In times of distress and crisis, MillerCoors believes that access to safe drinking water is critical,” said Michael Nordman, Community Affairs Senior Manager at MillerCoors. “Through the donation of the water cans, we aim to provide comfort and relief to communities affected by flooding in the region and prioritize the safety of all community members."

The water cans are expected to arrive in the River Valley on Wednesday, June 5. Each case is filled with 12 ounces of water in each can.

MillerCoors launched its water program in 2017 in partnership with Broomfield, Colorado-based Ball, which together have committed to providing more than 2 million cans to the Red Cross to help communities affected by disasters over the next two years.

The company has already donated 50,000 cans of water to residents affected by flooding in Ohio this year.