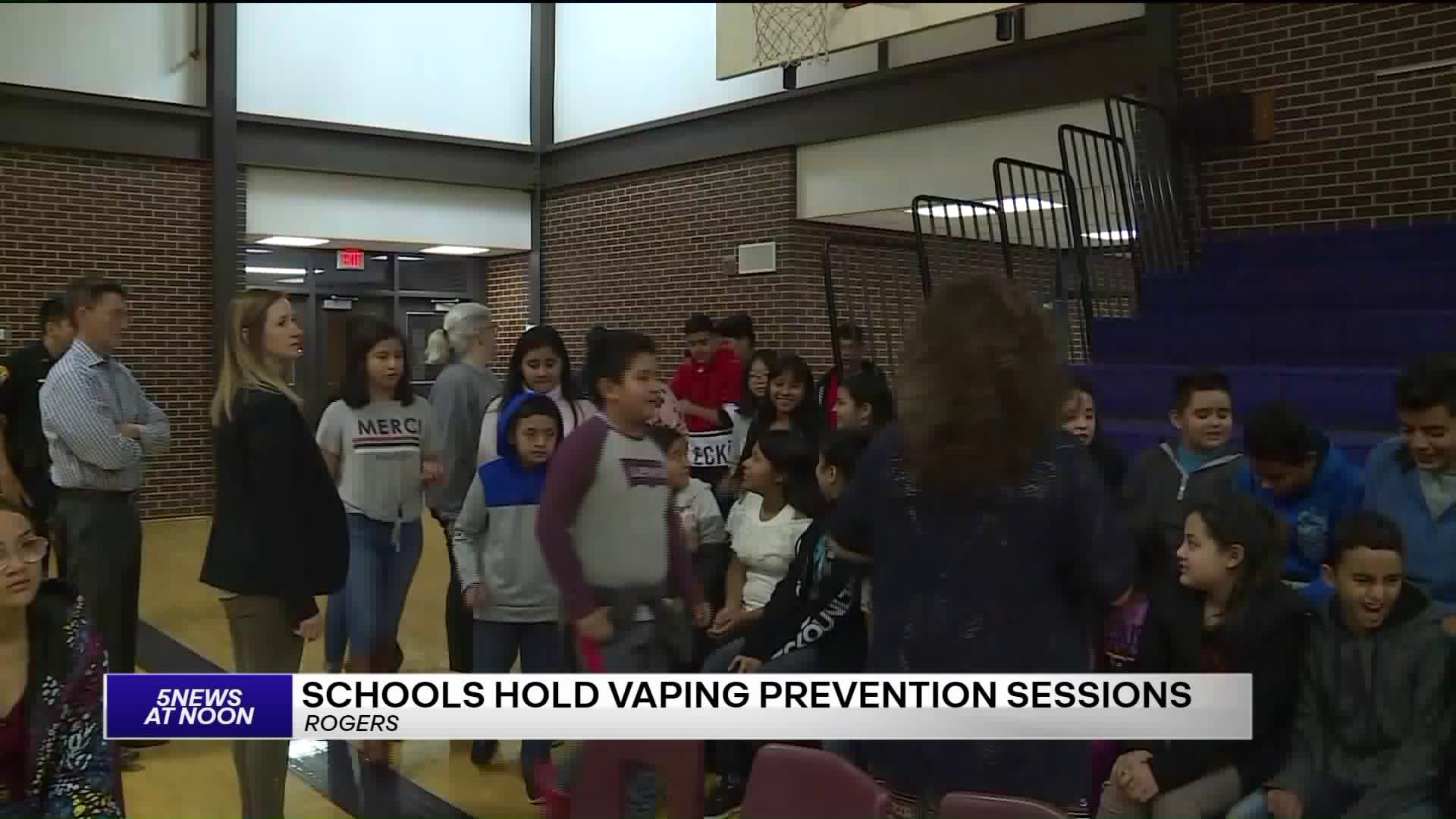 Today, Kelli Butcher, a nurse with the Arkansas Department of Health is leading the three sessions for sixth, seventh and eighth grades.

"If we wait until 10th grade, there's a lot that are maybe addicted already, and so we try and get the information to them before they've ever tried it."

The three grades will meet at different times.

Arkansas has not seen any vaping-related illness deaths. But, according to the Arkansas Department or Health, there are 3 confirmed illnesses, 10 probable and 6 cases under investigation in Arkansas.

The average age of patients is 24. The median range begins at age 13 and goes all the way to age 75.

Fifteen percent of patients with vaping-related illnesses are under the age of 18.

Because vaping and e-cigarette use has taken school-age kids by storm in the last few years, many schools are beginning to hold summits and discuss the dangers in smoking.

Oakdale Middle School is just one of the many schools hoping to combat teen vaping by discussing the consequences it can cause.