SEBASTIAN COUNTY (KFSM) — From California to the River Valley, officers are traveling hundreds of miles by bicycle as part of a tour honoring law enforcem... 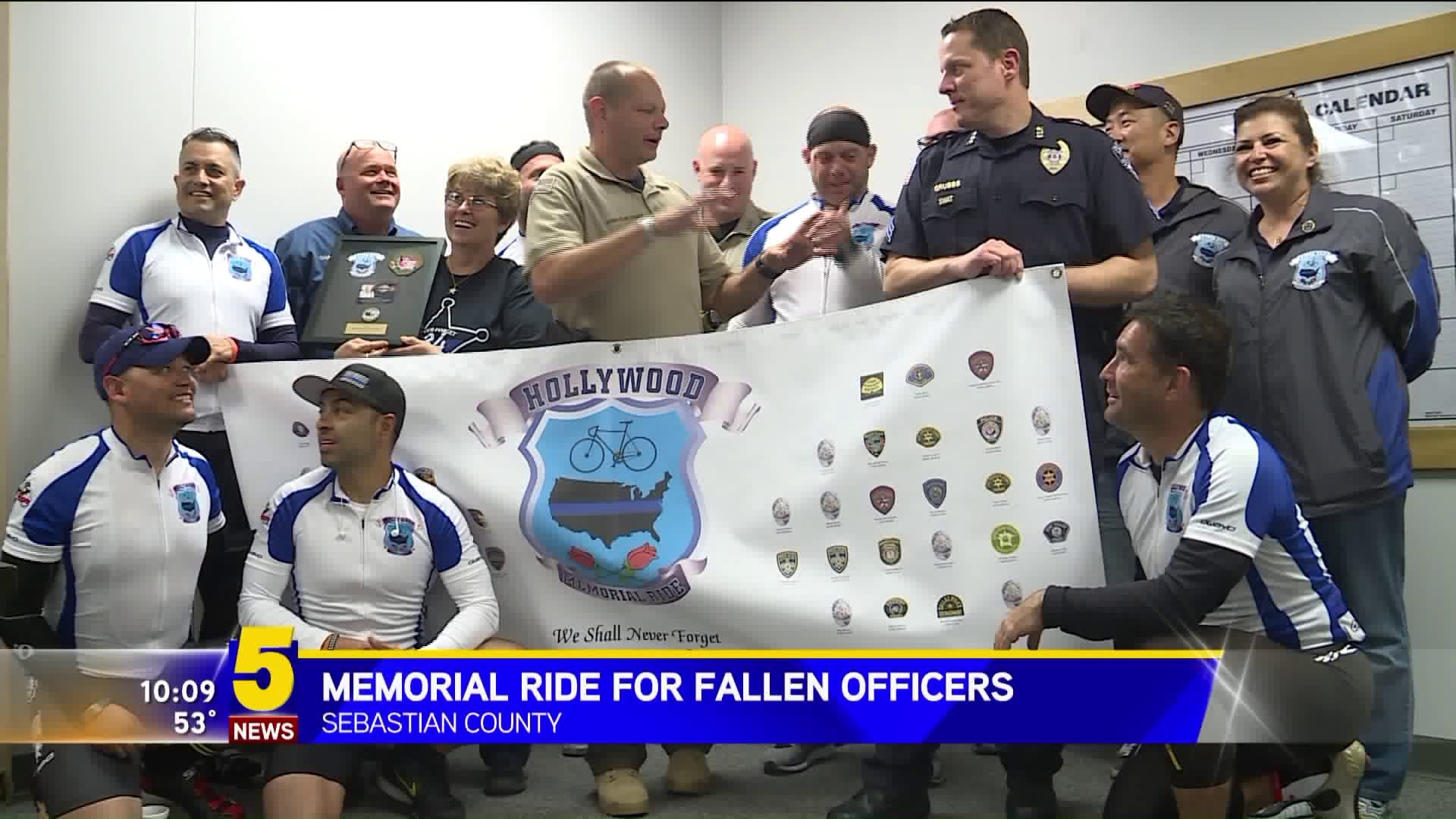 SEBASTIAN COUNTY (KFSM) -- From California to the River Valley, officers are traveling hundreds of miles by bicycle as part of a tour honoring law enforcement officers killed in the line of duty.

"As many know, the last couple of years for law enforcement has been pretty bad, tragic," Stephen Showler with the Los Angeles Police Department said. "Attacks on officers are up and to bring awareness, they decided to do this incredible ride across the country."

The Hollywood Memorial Riders are traveling across the country, visiting 175 law enforcement agencies along the way.

"It's been emotional," LAPD officer Chris Miller said. "We met some very good people along the way and it's bringing us closer. We're meeting the families of those that gave the ultimate sacrifice and gave their life."

One of the stops for the trip is Fort Smith, to honor Deputy Bill Cooper, who died in the line of duty last year.

"It's completely humbling that they have the perseverance and respect for Deputy Bill Cooper and his family that they would ride from Hollywood to drive all the way to Washington, D.C. for the memorial," Sebastian County Sheriff Bill Hollenbeck said.

"The closer that they arrived, the more of the memories and the flashback you think about Bill Cooper," Hollenbeck said. "All the great things that he did for our community and what a great person he was."

Sheriff Hollenbeck calls it a family reunion and said he's thankful for his fellow officers.

The next stop for the riders will be Tennessee. They plan to end in Washington, D.C. at the National Law Enforcement Memorial.