A community took time out Friday to remember a family who was killed in a car crash the previous day. A memorial was held at the Ozark High School football stad... 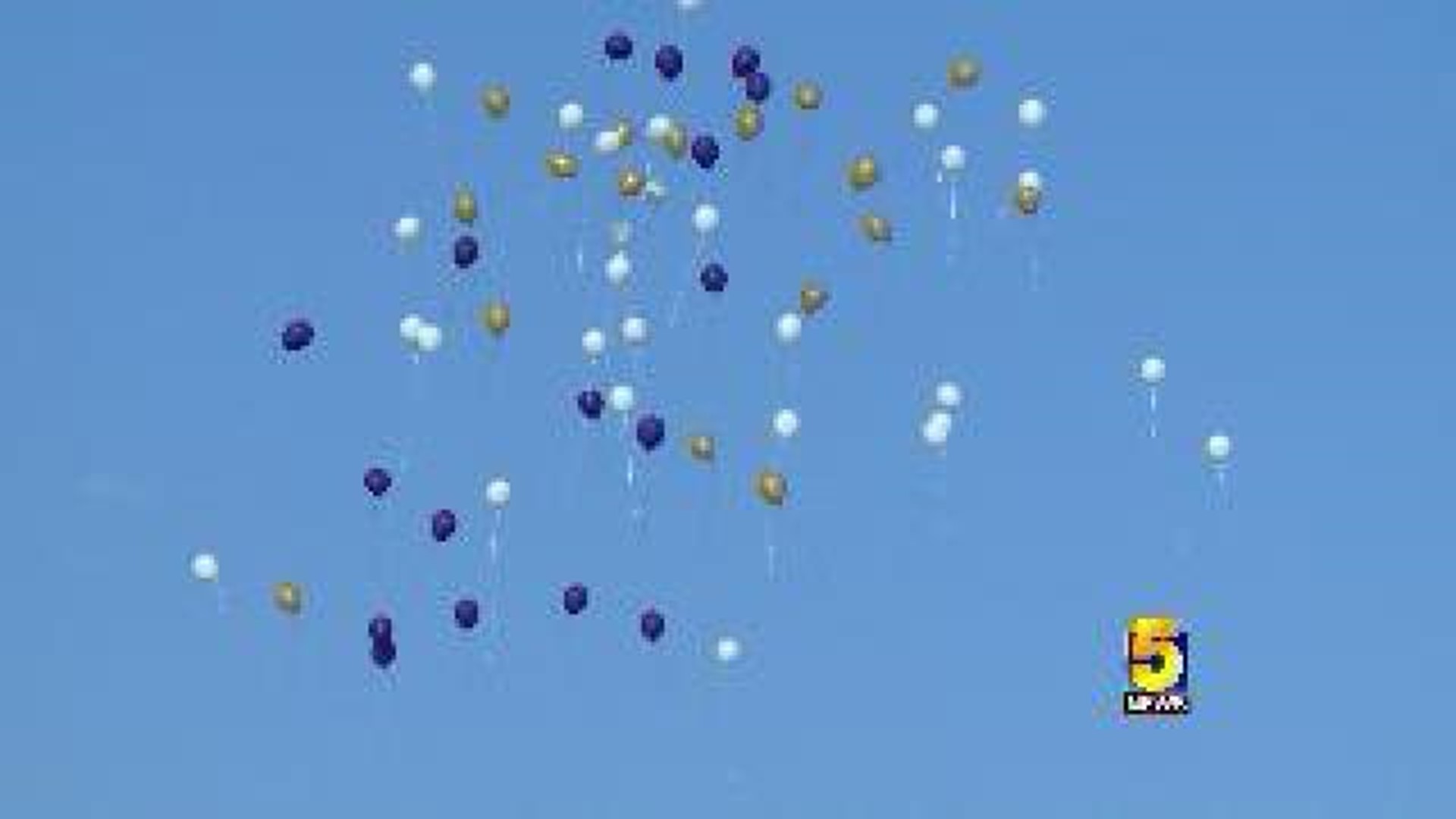 A community took time out Friday to remember a family who was killed in a car crash the previous day.

A memorial was held at the Ozark High School football stadium in remembrance of the family. James "Dusty" Lee, 32, and his two sons James Dawsen Lee, 8, and Caleb Campbell, 12, were killed in a head-on collision on a highway in Logan County.

"It’s going to be hard, but he's with God now," said Hunter Hall, a friend of one of the boys. "And he's in a better place."

As balloons soared through the air in remembrance of the family, people from around the community came out to show support. The family was killed north of Paris on Arkansas Highway 309 in a head-on collision. Lifelong friends of the family said they were devastated when they heard the news, but the community has pulled together as one.

"Dawsen was in my class for two years, and we were best friends," said Briley Burns, a young girl. "He had a crush on me and he would always say I was to tall for him."

“The magic of a small town is that when something like this happens, everyone does step up and do their part," said family friend Penni Burns.

Coaches of the brothers said this football season is dedicated to the family, and they even plan to wear the boys' football numbers, 3 and 16, on their helmets.

"It takes time to heal, and you never really do heal fully in an incident like this," said Ozark's head football coach, Jeremie Burns. "It's going to take all of us leaning together."

"Caleb he's been my best friend since preschool," said friend Carson Dickerson. "I wasn't expecting it. I mean it was like just dropping a bomb."

As the town grieves the loss off the family, they said they the boys lived and breathed the sport of football. And the local teams said will forever love their fallen teammates.

Services for the family will be held Tuesday at the Ozark High School Gym at 2 p.m.