FAYETTEVILLE (KFSM) — The biennial Transplant Games of America will happen this summer in Ohio, but Sunday (March 20) in Fayetteville, organ donor recipie... 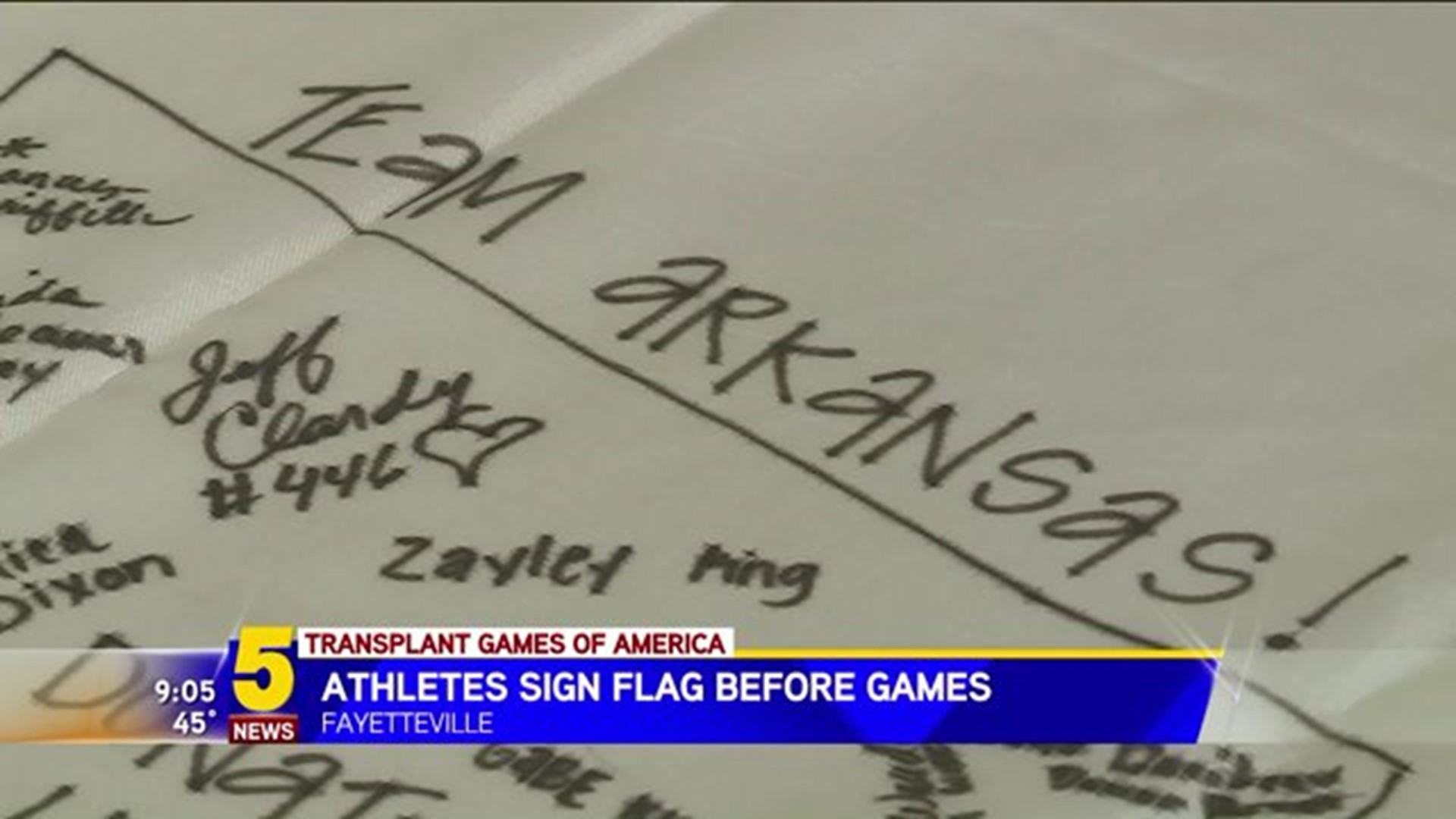 FAYETTEVILLE (KFSM) -- The biennial Transplant Games of America will happen this summer in Ohio, but Sunday (March 20) in Fayetteville, organ donor recipients who will be participating gathered at Washington Regional Medical Center to sign a flag that will be flying during the event.

Jeff Clardy has competed in several 5k races at the Transplant Games of America.

But his story began six years ago, when he was told he had three months to live and needed a new heart.

“I think about, literally, really, every breath I take, I think about this is not my heart, this is Micah’s heart, and it's beating in me, and I’m alive because of it,” he said.

Now, Clardy and other volunteers are preparing for the transplant games happening this summer.

Athletes from across the country are signing flags which will fly during the five-day competition, and they're hoping to raise awareness about organ donations during the event.

“I just think people should look at donation as though their life depends on it, because someday it might,” Manager of Team Arkansas, Tammy Sisemore, said.

Sisemore's son died at 16 in a car accident. He was able to donate both of his kidneys, his liver, small intestine and heart valves.

“It gave me something to do with the experience and what has happened to me, and it also allows me to keep Robby present in a healthy way, in my everyday life now,” she said.

And while athletes and volunteers are able to look forward to the games coming up, Micah’s mother was able to look back at her son, through Clardy. She met him Jan. 25, 2016, exactly six years to the day of his transplant.

At 53, Clardy said he's living a full and happy life, with eight grandchildren, ranging from ages four to 10.

“Since my transplant, we've got to see three grandchildren born,” he said. “Surreal, it is, just to think that I would not have been able to see them born, had I not received a gracious gift from my donor."

A total of four flags are traveling throughout the country, so athletes can sign them before the event.