FORT SMITH (KFSM) — On Dec. 1, 1994, then 19-year-old Melissa Witt was abducted from the Bowling World parking lot in Fort Smith, according to investigato... 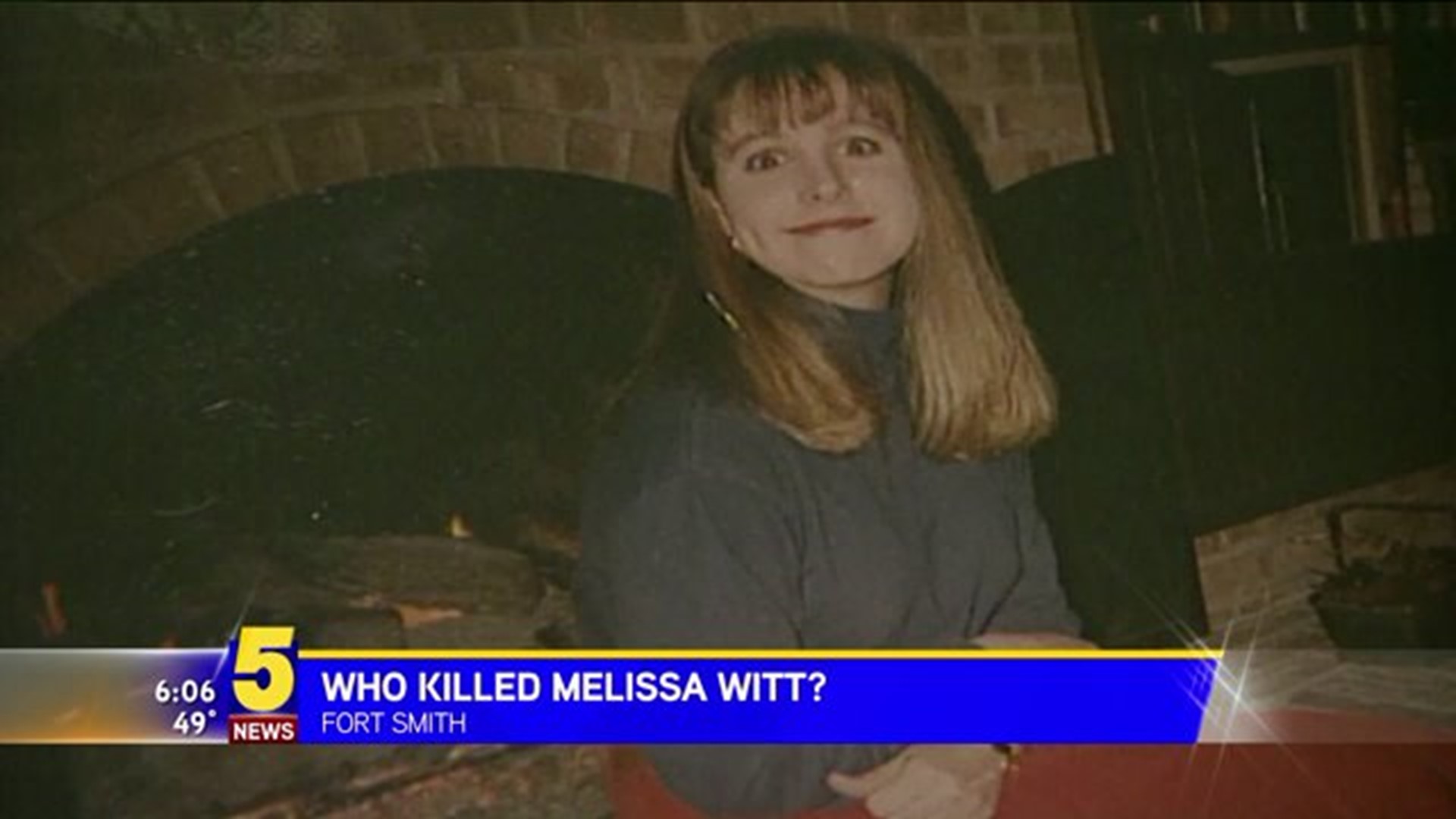 FORT SMITH (KFSM) -- On Dec. 1, 1994, then 19-year-old Melissa Witt was abducted from the Bowling World parking lot in Fort Smith, according to investigators.

Detectives said the well-liked teen planned to surprise her mother who was in a bowling league, but Witt never made it inside the building on South 36th Street. Reports from the case show investigators found blood in the parking lot, her vehicle and signs of a struggle.

For more than a month a community, investigators and Witt's mother searched endlessly for her. They passed out flyers and knocked on doors.

On January 13, 1995 Witt's body was found by two hunters in the Ozark National Forest near Turner Bend. Investigators said her body was nude and near a headstone-like rock. Her clothes have not been found.

For the past 22 years Witt's case has remained open. Even to this day investigators still receive leads from time to time and continue to conduct interviews in the case.

"When this crime happened I was actually attending college at Northeastern State. I had a lot of occasions to go through the tolls and when she went missing I remember seeing flyers of her being missing, and contact call," Sgt. Daniel Grubbs said. "I remember thinking, wow, she's my age, attractive young girl and that was just different for me."

Grubbs, who now works in the Fort Smith Police Department's Evidence Division, has read the entire case file on Witt's murder. Grubbs said when he enters the room full of evidence he's haunted every time he walks past the boxes labeled with Witt's name.

"As a father of three daughters, that's where I just can't fathom, what the mother went through and my wish would be to see the case solved before I leave police work," he said. "I just wish the right person with the right information would come forward. It goes back to why we do what we do. We are problem solvers. We want protection and justice for people and when you walk by that you are reminded, that one is unsolved."

Inside of the evidence boxes are pieces of Witt's life, such as her journals and evidence from her murder.

"A lot of it is people from the past that we believe are suspects. We've pulled DNA. So, we have DNA comparisons. Where she was found, there is a ton of earth that we took that was underneath her body throughout that area. So, we have maintained that for any type of evidence re-evaluation," Grubbs said.

Inside, the boxes could hold the key to solving her murder if the right piece of information comes forth.

"Whoever did this is a pretty evil person, in my opinion. Some crimes that you investigate that may have been a serial-type killer, a lot of times they will confess if they know that you've really got them; that there's really no way they can argue themselves out of being connected to that crime," Grubbs said. "But some take a power trip of 'unless you have just the perfect piece of evidence that will connect me to that [and] it's a power trip for me to withhold any information about what I did just because I don't want to tell you.'"