RIVER VALLEY (KFSM) — Now that Medical marijuana cards are in effect in the state of Arkansas, the number of people getting certified and applying for cards has... 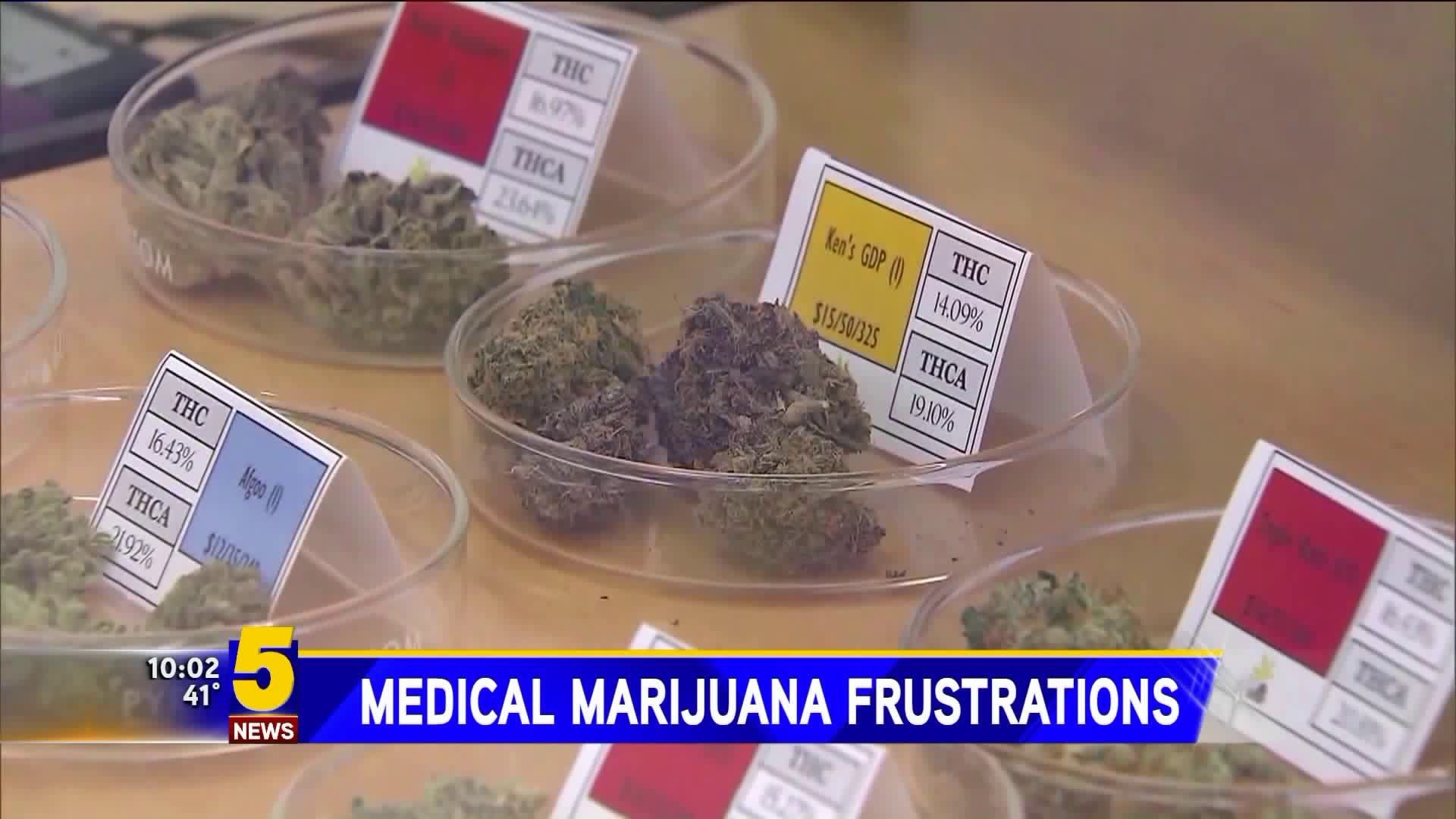 RIVER VALLEY (KFSM) — Now that Medical marijuana cards are in effect in the state of Arkansas, the number of people getting certified and applying for cards has increased.

Medical marijuana ID cards went into effect about three weeks ago, but cardholders say the cards are useless because the product still isn't for sale in the state. That is frustrating a lot of people like patient Roger Halpin of Mulberry who is suffering from terrible anxiety.

"I was on so many pills but there are so many bad side effects to all the pills. There are zero side effects now with cannabis," said Halpin.

Halpin says getting his medical marijuana ID card was easy and when the first batch went out in February he was one of the first to get it.

"It's totally useless. The sad thing is it costs $278 for the doctor, it cost $50 for the card, I got nothing. The state is robbing people," said Halpin.

Halpin is not alone though. Drug Policy Education Group Leader Melissa Fults says patients are expecting to get only eight to nine months use of their cards before they have to go through the application process again.

"Even though I have a card and even though I qualify, I still have to choose between pain and breaking the law," said Fults.

That's because the law states patients can only buy cannabis from a licensed dispensary in Arkansas.

None of the 32 dispensaries are currently up and running, and only one cultivation facility has been licensed by the state to begin growing the medicine.

"Now a lot of our patients, since Oklahoma has gotten their program up and going in less than six months, they've moved. They're tired of waiting," said Fults.

Another option is applying for a temporary license from Oklahoma, a cost some are unable and unwilling to pay.

According to the Arkansas Department of Health, it gets 300 applications for medical marijuana ID cards every week.