SPRINGDALE (KFSM) — Jeen John immigrated to Northwest Arkansas from the Marshall Islands, and he is now fighting for his life after a hit and run crash. The dri... 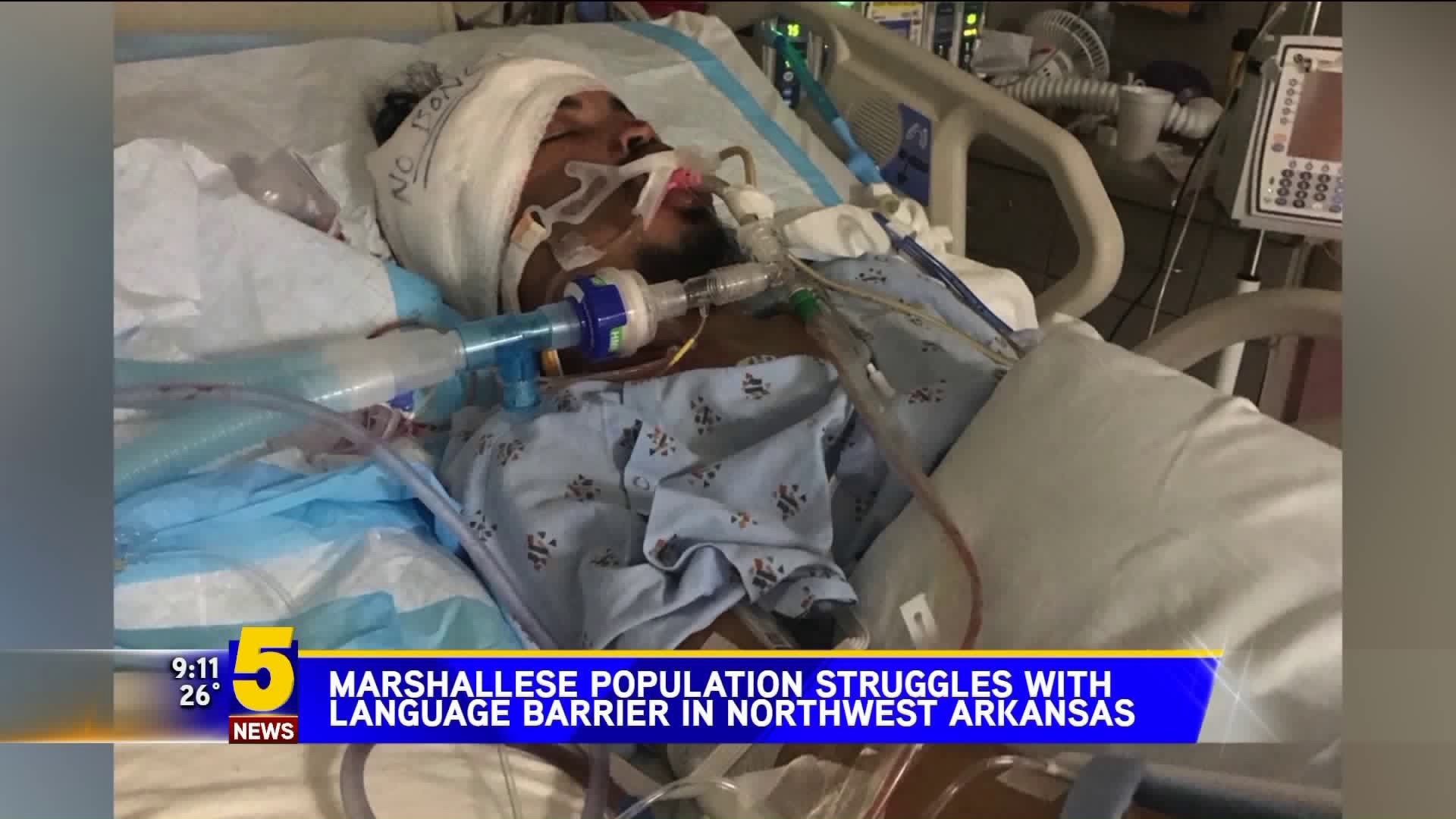 SPRINGDALE (KFSM) — Jeen John immigrated to Northwest Arkansas from the Marshall Islands, and he is now fighting for his life after a hit and run crash.

The driver, now jailed, is facing serious charges, but cultural and language barriers could be difficult for the family to overcome to get justice for John.

While the suspect in this crime speaks English, the victim and his family speak native Marshallese, making it more challenging to navigate the court system.

Northwest Arkansas is home to 15,000 Marshallese, after U.S. nuclear testing during World War II made much of the Marshall Islands unlivable.

A 1980s treaty allowed Marshall Islanders to travel and work in the U.S. without having a visa.

Many settled in Springdale because of opportunities with Tyson Foods.

“Now, it has to be provided by a video link or telephone, and that is a difficult process for the interpreter as well as for the court,” he said.

The suspected driver, Race Fuller, was arrested Tuesday (Jan. 22) after turning himself in for leaving the scene of the accident.

“It can turn an accident into a criminal defense because, obviously, the circumstances of the accident are going to determine if any charges are appropriate, but if you are involved in one at all and flee the scene, then you've automatically committed a crime,” Nathan Smith said.

While there are resources available to help the Marshallese population integrate into the community, legal help is hard to come by. They're often referred to local attorneys with hopes they can overcome the language barrier.

John is still in serious condition at a Springdale hospital.

Since Fuller wasn't arrested at the time of the incident, investigators said they don't know if drugs or alcohol were involved.