RUSSELLVILLE (KFSM)- One of the 4 marines killed in the attack in Chattanooga on Thursday (JULY 16) was from Russellville. THV11, our CBS affiliate station in L... 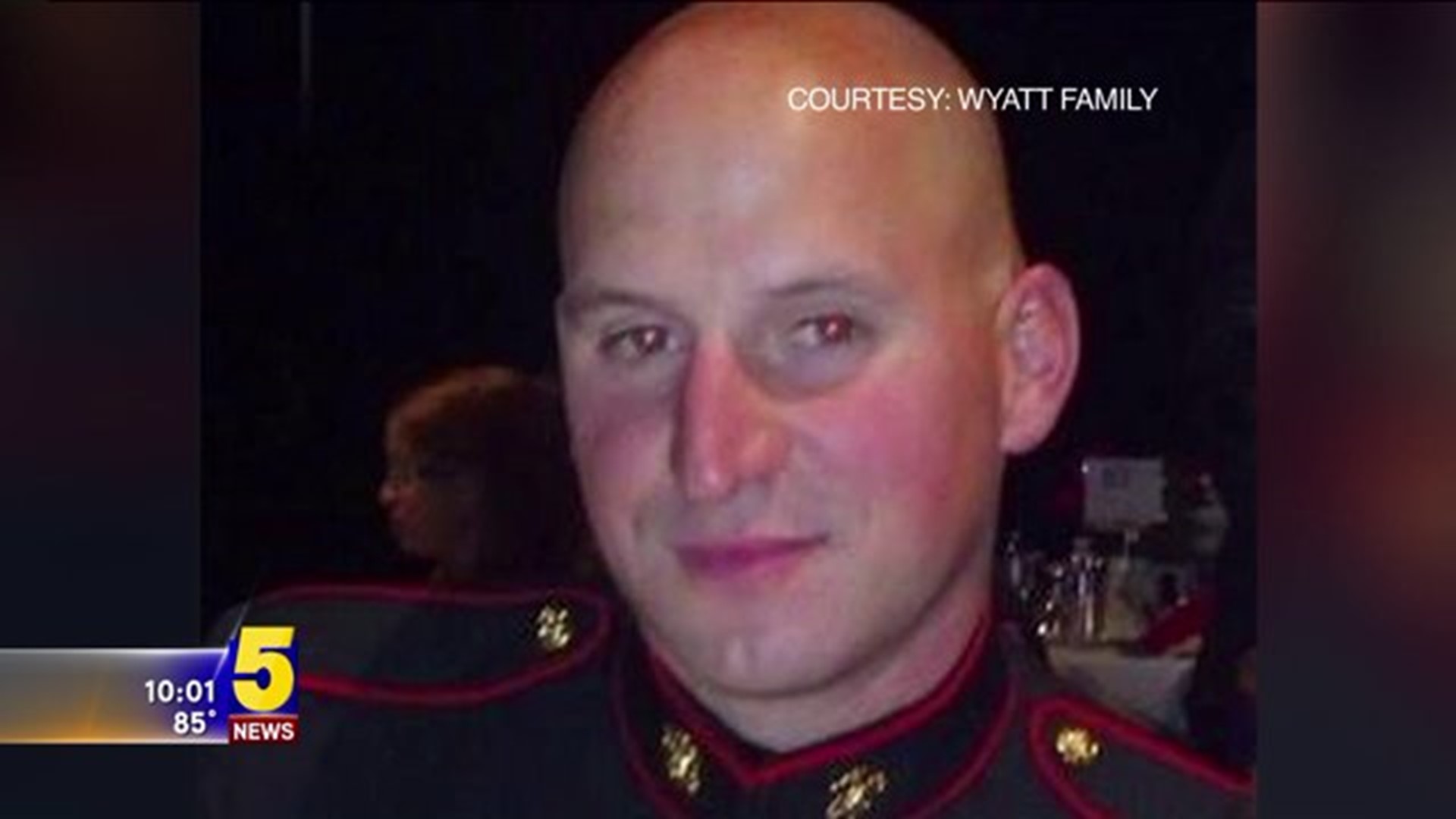 RUSSELLVILLE (KFSM)- One of the 4 marines killed in the attack in Chattanooga on Thursday (JULY 16) was from Russellville.

She said her brother played football and was in the band in high school. He even played at President Bill Clinton`s inauguration.

Wyatt leaves behind his wife and two young children. His sister described him as a wonderful husband and father.
The staff sergeant`s military career started in 2004. He was deployed in 2007 and again in 2008 as part of Operation Iraqi Freedom. Wyatt was deployed again for parts of 2010 and 2011 as part of Operation Enduring Freedom in Afghanistan.
His sister said he loved coming back home to Arkansas and tried to catch a Hogs basketball game if he could.

Residents of Russellville say they are shaken by the news.

Mae Gilbert has lived in Russellville for most of her life. She said Staff Sergeant David Wyatt's death hits too close to home.

“I think the community will come together more in love, and that's what we need to do,” Gilbert said. “We need to reach out to that family because really that family is from Russlleville, Arkansas. We cannot stand here and not do anything. He's one of us.”

Rusellville Mayor, Randy Horton, said the town wants to show their support for the military now more than ever.

“The Russellville community has very close ties to veterans,” Horton said. “It's an important part of who we are, and they feel the need to express their support in some way.''

He said they're already discussing how they're going to honor Staff Sergeant Wyatt.

“We're going to develop a veteran's memorial park,” Horton said. “I feel confident that the veteran's groups will have a serious discussion about some kind of monument for Staff Sergeant Wyatt.”

Horton said this tragedy has put things in perspective.

“You can hear about these events, and let's just face it, they're way too common now, and you can hear about them in other parts of the world, and you may sympathize, but it doesn't bring it home like having someone from your small-town community that people remember,” Horton said.