SPRINGDALE (KFSM) — The 73rd Annual Rodeo of the Ozarks kicked off on Wednesday (June 21) with a parade. The Marine Corps last mounted color guard made th... 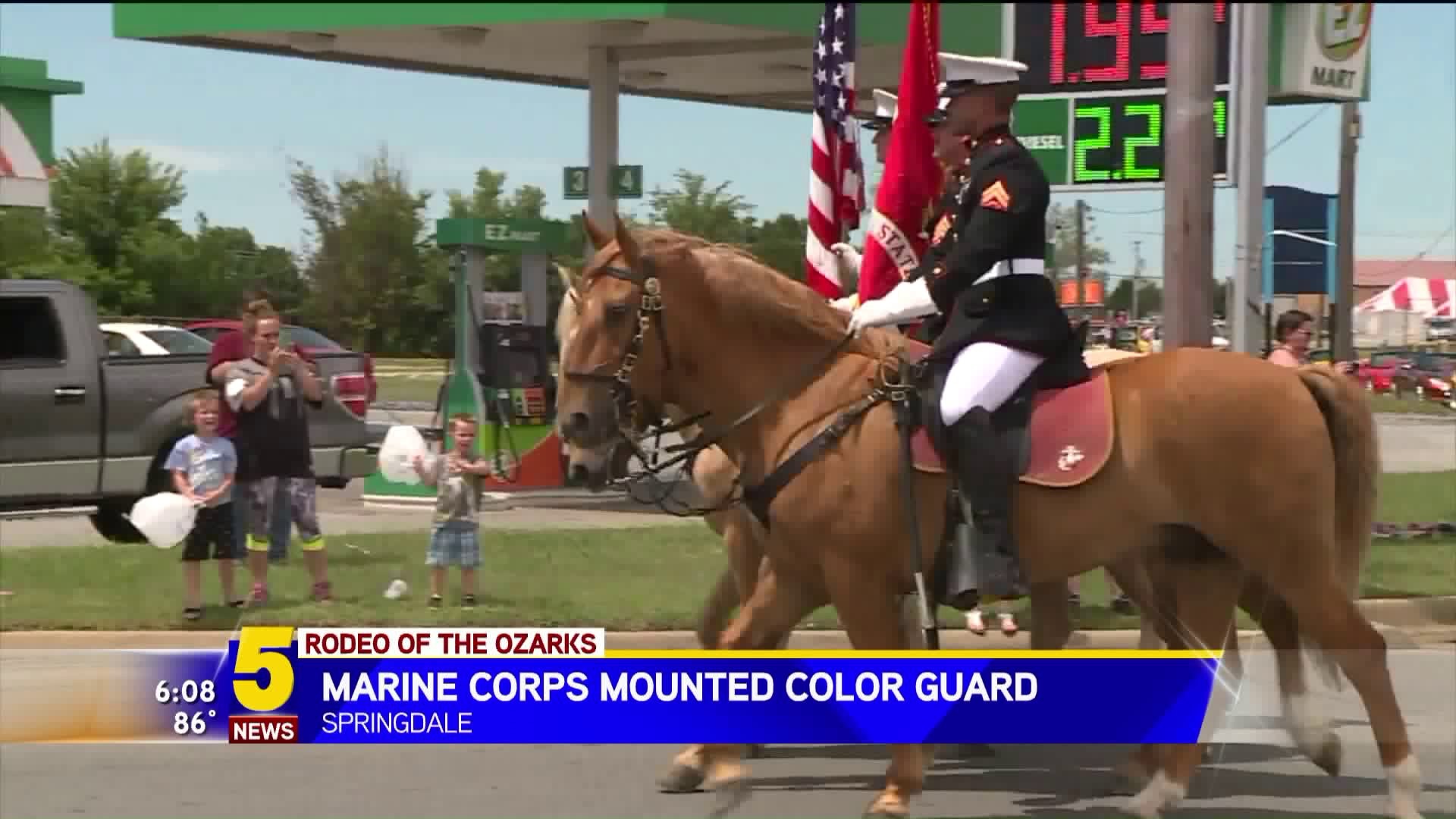 SPRINGDALE (KFSM) -- The 73rd Annual Rodeo of the Ozarks kicked off on Wednesday (June 21) with a parade.

The Marine Corps last mounted color guard made the trip from California to lead the Rodeo of the Ozarks parade carrying the United States and Marine Corps colors.

Staff Sergeant Nicholas Beberniss said most people do not know that the Marines have a mounted color guard.

The Marines go to around 60 events across the nation every year. Beberniss said they are excited to be in Springdale and appreciative of the support.

"Just going to rodeos in general is an experience because they are some of the most respectful and patriotic people," he said. "When you go there you have little kids running up to you, they idealize you, they want to emulate you. So you know you've got the grow ups that act like little kids themselves when they see it."

This year marks the 50th anniversary of the mounted color guard. Corporal Nicholas Davis said this is his first long trip with the group and his first rodeo.

"It's exciting. I mean it's kind of an honor to get to lead it, like I said this is the only mounted color guard so it is a very prestigious position," he said.

The color guard will be doing the grand entry every night at the rodeo. The rodeo will run through Saturday (June 24).