Many Firework Vendors See Most Sales On The Fourth

RIVER VALLEY (KFSM)—Dozens of fireworks tents have been set up since the end of June on both sides of the Arkansas-Oklahoma Border. While the laws vary once acr... 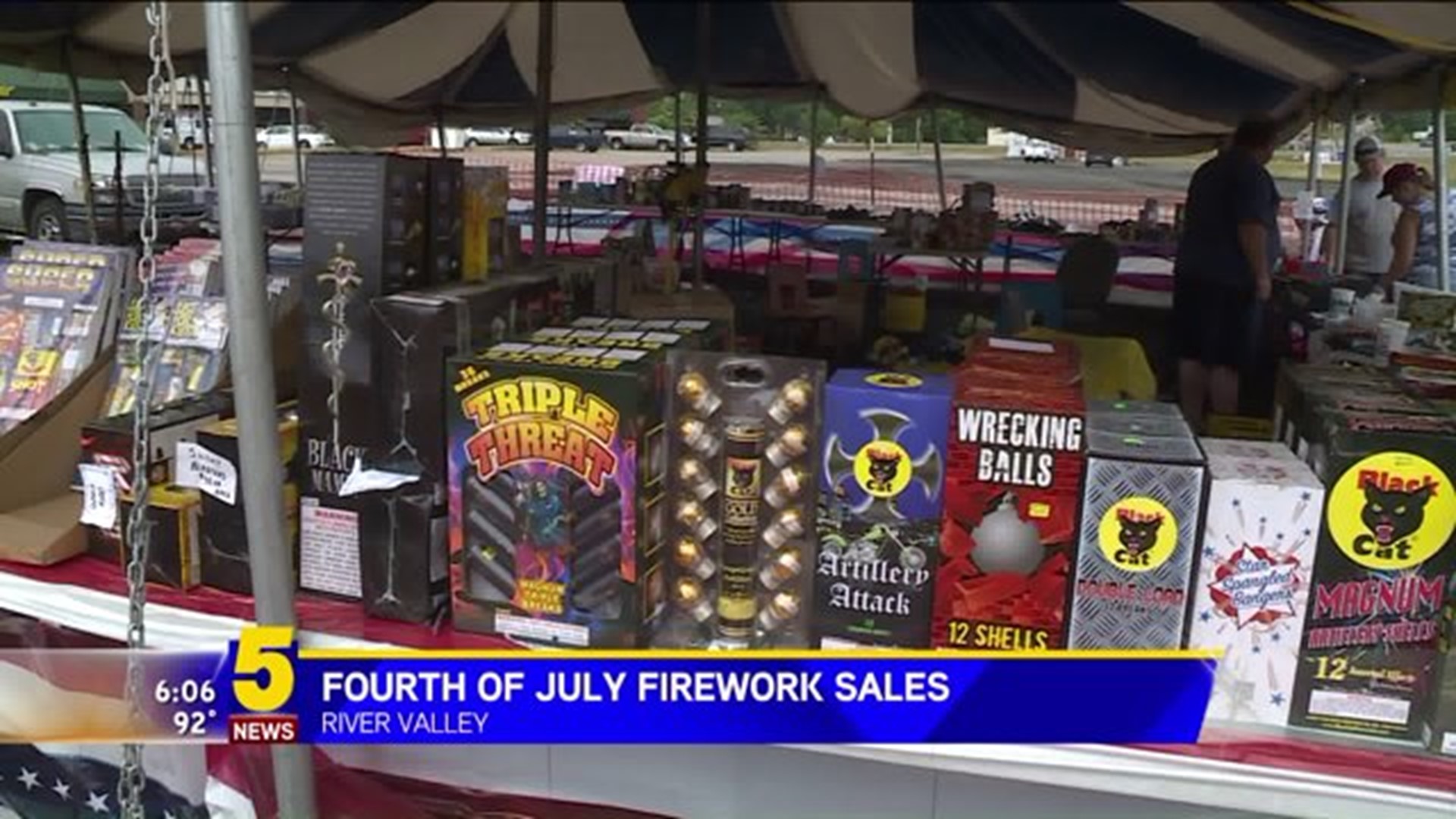 RIVER VALLEY (KFSM)—Dozens of fireworks tents have been set up since the end of June on both sides of the Arkansas-Oklahoma Border.

While the laws vary once across the state line, most vendors will tell you they see the most business on the Fourth of July.

“By far the Fourth is our busiest day, year in and year out,” Dalton Person said. “But it sometimes depends on what day the Fourth falls on where our other top days are.”

Person and his family have had their fire tent on Highway 271 South for six years. They said it has been a record year as far as sales go, even with the rain.

New at the tent this year is the ‘Backyard Preview’, where customers can bring a firework up to the register, it’s scanned and played on a big screen monitor.

“People know what they`re getting before they buy it, and we know that they`re gonna be pleased with the product that they get here at Cardinal Fireworks,” Person said.

However, across the state line, the family who operates Freedom Fireworks in Pocola said the rain has been a bit of a burden because customers aren’t allowed underneath the tent.

“The laws in Oklahoma and Arkansas are a little bit different,” Grant Hall said.

Hall’s family has had their tent for 15 years, and this is the first year they haven’t set up in Arkansas.

“As far as firework sales go, you can`t sell or do anything in Oklahoma that flies in the air on a stick—for  instance, bottle rockets or rockets on a stick,” he said.

But in Fort Smith, firework vendors are permitted to start selling June 20 and can continue sales until July 10, but Person said July 5 is always their last day of business for the year.

All merchandise leftover at both firework tents will be 50 percent off on Tuesday.