BOONEVILLE (KFSM) — Police have arrested 19-year-old Lewis Shores following a daylong manhunt in Booneville, according to deputies at the scene in Logan C... 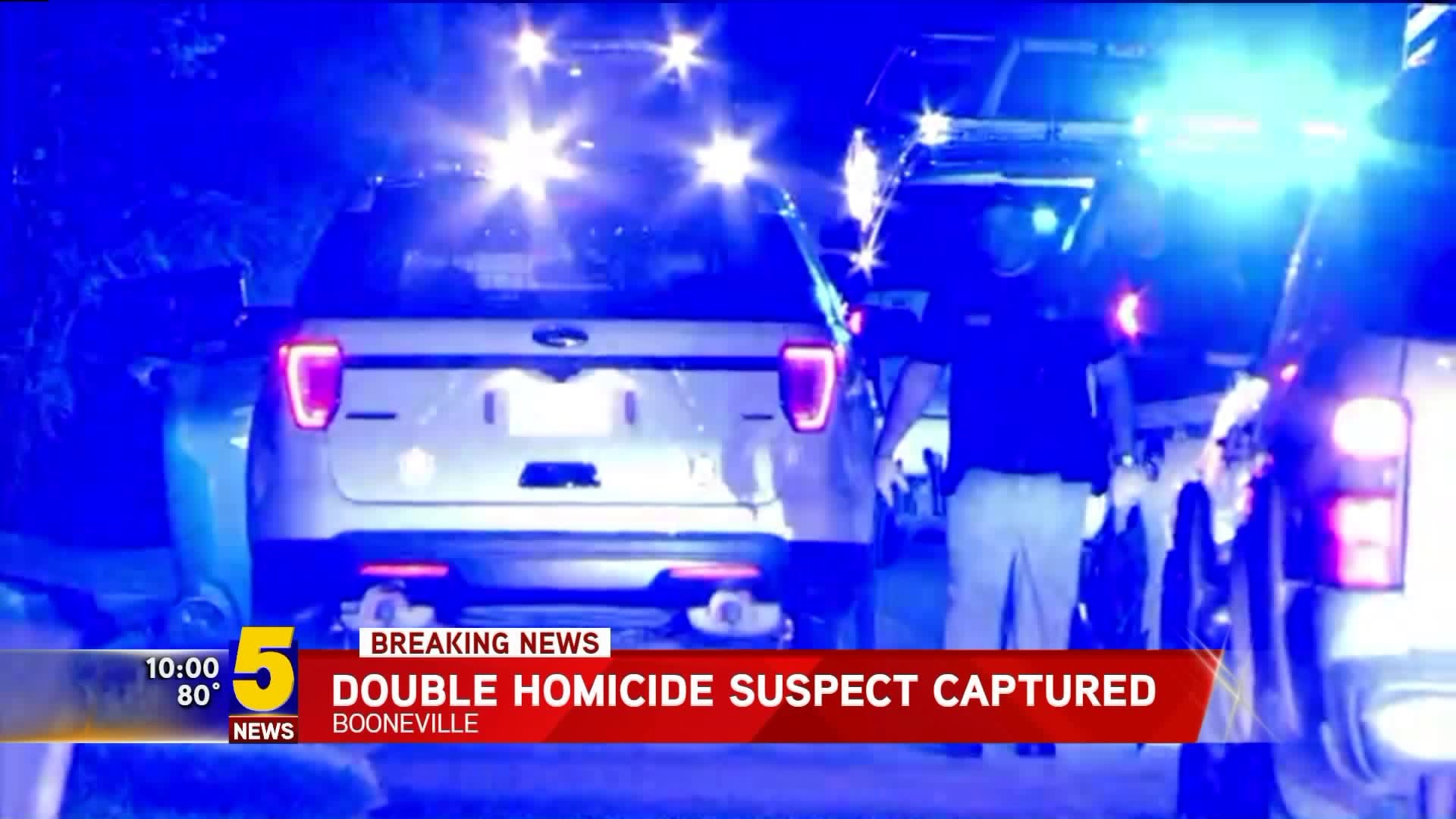 BOONEVILLE (KFSM) -- Police have arrested 19-year-old Lewis Shores following a daylong manhunt in Booneville, according to deputies at the scene in Logan County.

Shores was arrested near South Walnut Ave in Booneville around 9:30 p.m., deputies say.

Anthony Rice with the Fort Smith Police Department told 5NEWS that Shores is connected to a double homicide investigation out of Fort Smith.

Shores ran away from the scene of an accident just outside of Booneville on Tuesday (Sep. 4), according to police. The vehicle Shores was in was traced back to a Fort Smith home where a couple was found dead during a welfare check.

Logan County Sheriff Boyd Hicks injured his shoulder why trying to capture Shores earlier in the day, he told 5NEWS.