Authorities have identified Devin Dean Weaver as the Rogers man who allegedly held two small children and his wife hostage before being shot by police last week... 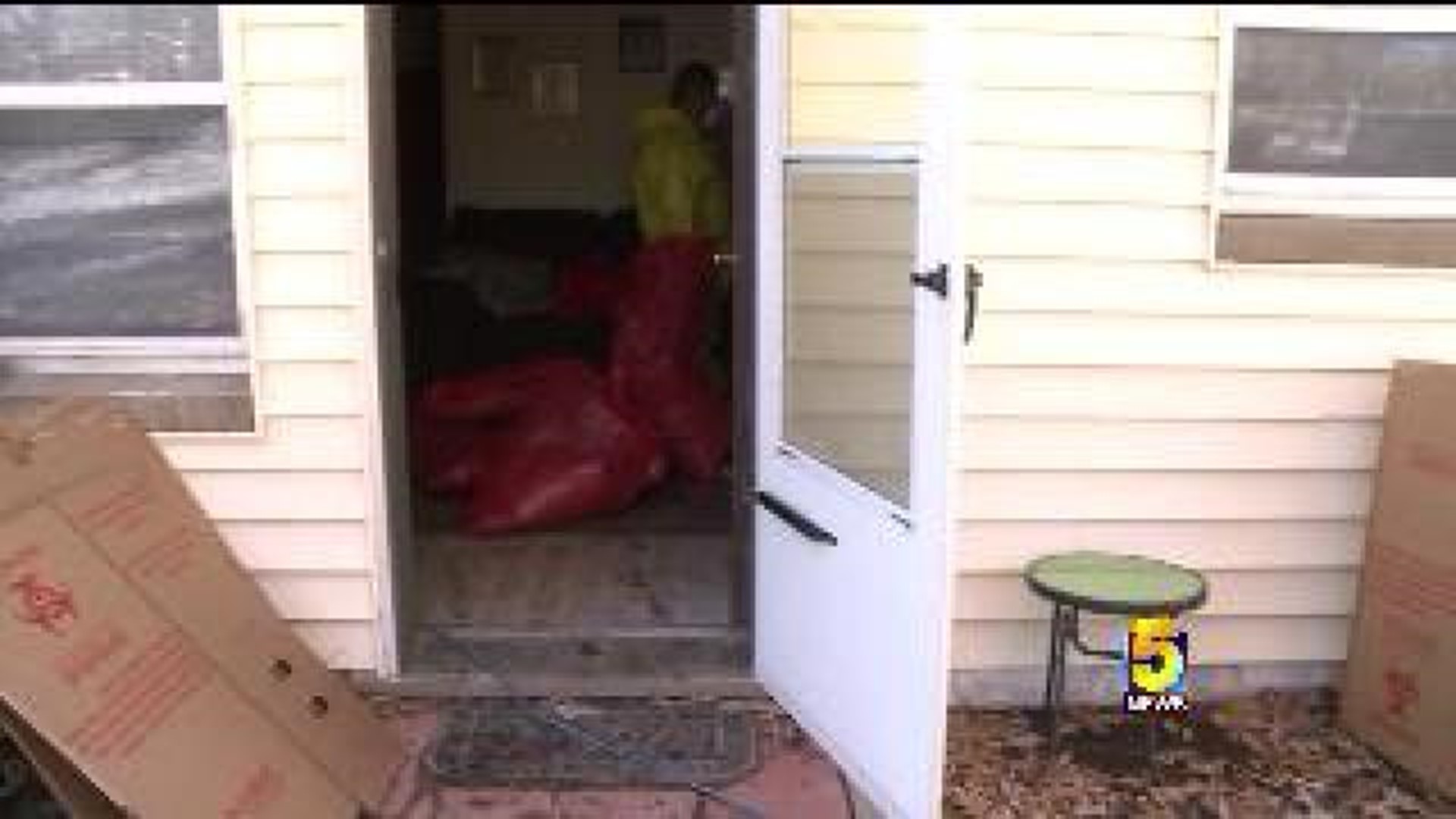 Authorities have identified Devin Dean Weaver as the Rogers man who allegedly held two small children and his wife hostage before being shot by police last week.

Weaver, 24, was rushed to Washington Regional Medical Center in Fayetteville following the shootout Thursday. He was booked over the weekend into the Benton County Jail's system, although he remains in the hospital, according to the Benton County Sheriff's Office.

The suspect faces several felony charges, including two counts of aggravated assault, one count of domestic battery and two counts of endangering the welfare of a minor, according to the Benton County Sheriff’s Office.

The Sheriff's Office requested a bond for Weaver be set at $250,000. His next court date is scheduled for March 24.

Benton County deputies responded to a domestic disturbance call around 1 a.m. early Thursday morning at 20329 Canary Drive in Rogers, after a female victim called 911 requesting help while saying her drunk husband was trying to break into the house and was possibly on drugs. After that, the phone was immediately disconnected, according to a probable cause affidavit released in the case.

After deputies arrived, they staked out the scene and could hear yelling coming from inside of the house. Sgt. Charles Wells kicked open the front door of the home, after which he came face-to-face with a bloody woman, later identified as the victim and wife of Weaver, according to the affidavit.

Wells grabbed the woman and pulled her out of the house, after which she yelled, "My babies are inside the house with him!"

Authorities outside the home learned that there were two young girls in the home with an armed male intruder, identified as Weaver. The intruder was identified as the husband of the female victim, according to the affidavit.

Negotiations began and shots were fired from the residence, causing deputies to seek shelter, according to the Sheriff’s Office. Det. Greg Stevenson convinced Weaver to let the two small children go, after which the girls, aged 2 and 4 years old, ran out the front door, according to the probable cause affidavit compiled by the responding deputies.

The girls were immediately escorted to a separate location, and the female victim was transported by ambulance to an area hospital with non-life threatening injuries.

“A brief confrontation between the armed subject and deputies led to the subject being shot and disarmed. He was treated on-scene by an attending physician, and later transported by helicopter to Washington Regional Hospital, where his condition is unknown,” a news release from the Sheriff's Office stated Thursday.

It is not clear from the probable cause affidavit which officer or deputy shot Weaver. The report states, "Sgt. Wells observed the SWAT team stacking up on the far left of the residence near the front door and heard Detective Stevenson advising Devin to put the gun down. Sgt. Wells then heard the front door slam shut and then heard multiple shots being fired and Capt. Nathan Atchison's voice giving Devin directions to stay on the floor and not move."

The ongoing investigation is being led by the Arkansas State Police along with the Benton County Sheriff’s Office.

The female victim later told investigators her husband came to the house late from a local bar and was drunk while trying to break in through a sliding glass door. Weaver broke through the glass, punched his wife in the face then threatened that she "was going out in a body bag," the reporting investigator states in the affidavit.

Weaver then allegedly told his wife "that when the police arrived, he would kill them," according to the report.

The suspect retrieved a shotgun from a closet and loaded it, before reportedly pointing it at the woman. She begged for him to kill her outside, away from the kids, the affidavit states. Weaver swung the shotgun "like a baseball bat" and hit the woman in the head several times, before stomping on her face with his boot, the reporting deputy states in the report.

The woman's lip was embedded in her braces because of the injuries suffered from the altercation. The wires on her braces had to be cut at the emergency room later to release it from her lip.

The woman heard law enforcement outside and ran from the house shortly afterward after Wells kicked the door in, according to the probable cause affidavit.

Weaver's criminal history includes arrests in Craighead County on suspicion of disorderly conduct in 2009, domestic battery in 2010 and third-degree assault on a family member in 2012.

Pastor Jack Bedford said he does not know the couple, but several people in his nearby church do.

"We don't hear about things like this in our community. This is not normal," Bedford said. "People that love one another, people that are closely related, like a husband and wife, when they have difficulties, there's some times that are intense. And this was one of those cases."

Bedford said despite the violent allegations against Weaver, the suspect is not beyond help.

"These people were not bad people. They had a bad situation, with two little children," the pastor said, adding that the community will band together to get through this tough time. "Our people are extremely stable, neighborly, know one another, watch out for each other. And there's nothing that's going to change that."