FAYETTEVILLE, Ark. (KFSM) — A man was seriously injured and underwent surgery overnight after a train rolled over him while he lay between railroad tracks in Fa... 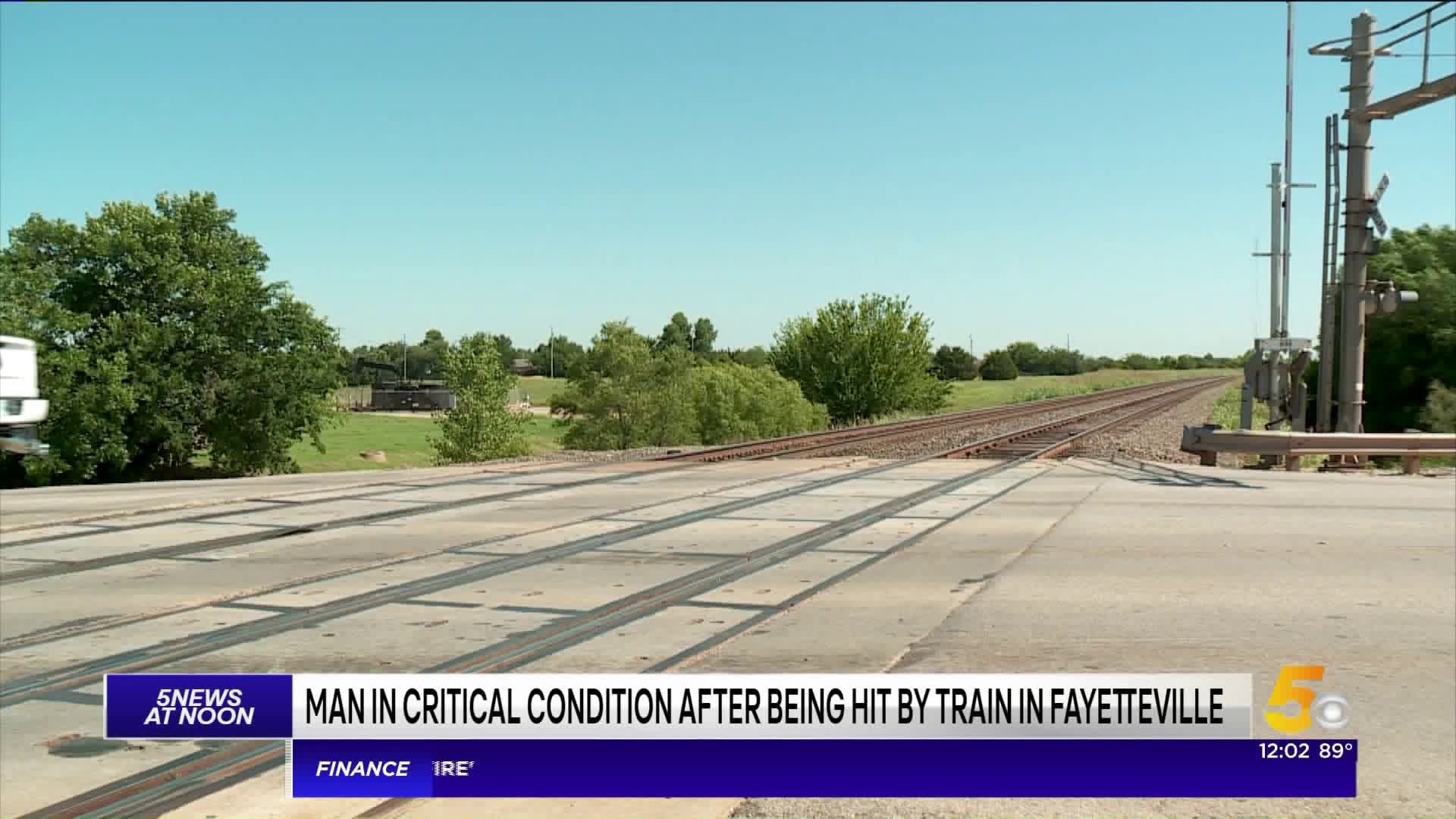 FAYETTEVILLE, Ark. (KFSM) — A man was seriously injured and underwent surgery overnight after a train rolled over him while he lay between railroad tracks in Fayetteville on Monday night.

Ron Sparks, chief of police with the Arkansas & Missouri Railroad, said a 38-year-old white male was injured when a southbound freight train rolled over him as he lay between the tracks.

Sparks said they were trying to notify next of kin and could not release the man's name.

The man was rushed to Washington Regional Medical Center, where he underwent surgery about 3 a.m., Sparks said. The man had serious injuries.

He was in critical condition when taken to the hospital, said Sgt. Anthony Murphy with the Fayetteville Police. The police were the first to respond to the scene when the accident happened, about 10:48 p.m.

Sparks said the train was stopped for about 2-3 hours after the accident. He said the crew was shaken up from the accident and had to be taken off the train.

Sparks said he didn't know why the man was laying between the tracks when he was hit, but he said it's not uncommon.

Sparks said people don't realize the dangers of being on or near railroad tracks.

"You'll see people walking the rail like a balance beam, and they don't realize it's slippery," he said. "they can slip and fall and lose consciousness, and before they come to [they get hit], that's what can happen."

He said most people believe they can get out of the way of the train once they hear it coming, but he said people don't think about what would happen if they slipped and hit their heads.

Sparks said the railroad tracks and about 25 feet on either side are considered private property, and those there without permission could face criminal trespassing charges. He said it's best for people to stay away from the railroad tracks to avoid injuries or arrests.

"It can get you hurt or arrested, for sure," Sparks said.