Man Responsible For Digging Giant Hole Explains Why He Did It

FORT SMITH (KFSM) — Jason Sexton has been digging a 34-foot deep hole with tunnels for several years, which police recently discovered after answering an ... 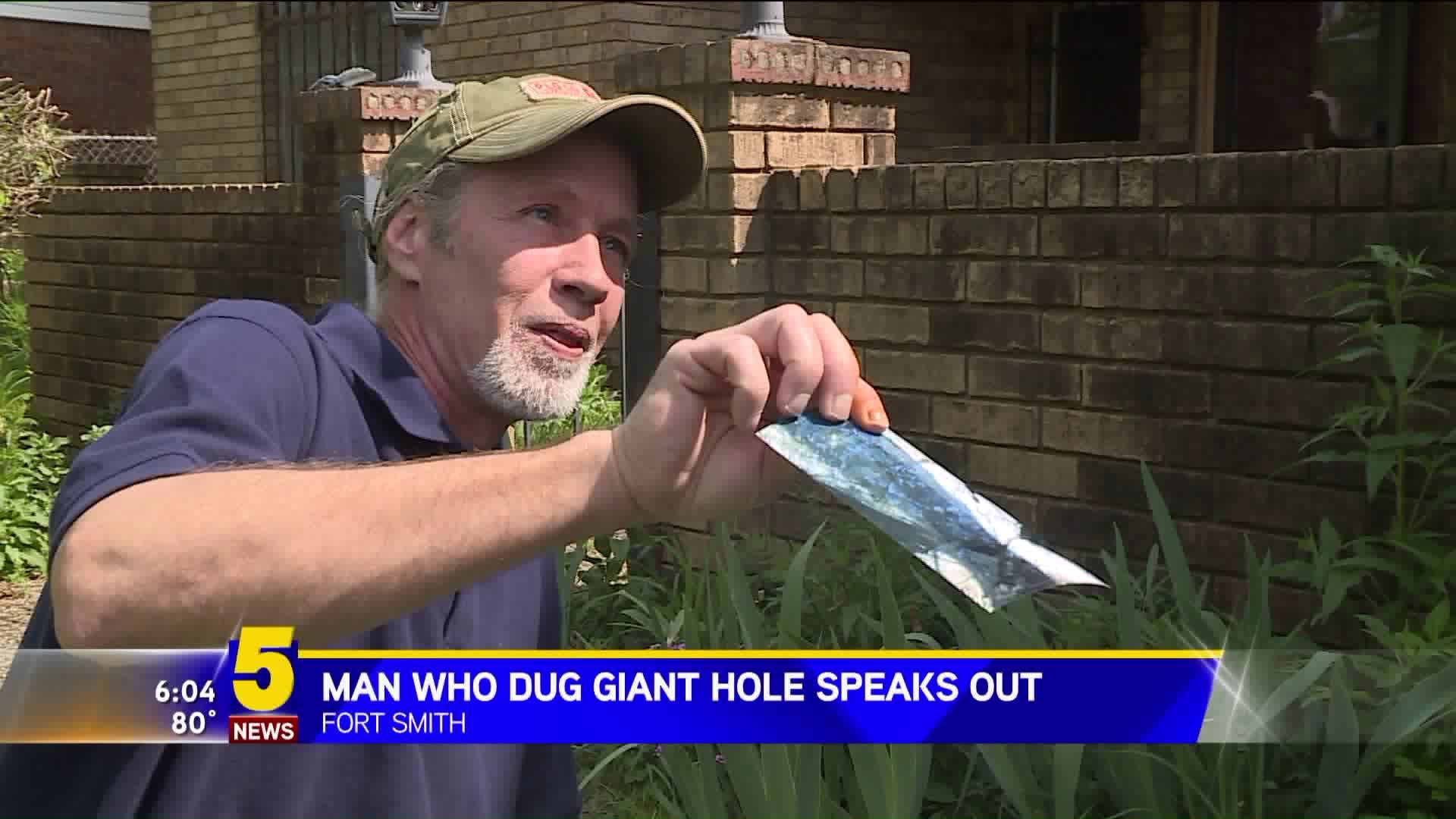 FORT SMITH (KFSM) -- Jason Sexton has been digging a 34-foot deep hole with tunnels for several years, which police recently discovered after answering an illegal camp call. Sexton is now explaining why he did it.

"I did all the work by myself," Sexton said. "I've been out there for three years now off and on and I was just trying to prove the Spanish were here in Arkansas in Fort Smith specifically and we mining iron."

After some research and speaking with a professor of archaeology in Texas, Sexton said he believes the area could hold historic artifacts.

"In order to find the evidence, you have to dig," Sexton said. "I thought that was city property and I was going to approach the city about getting it on the National History Registry. Not only can they get government funding to develop the site, they get tax credit for it and it's advertised through the National Historic Registry. I figured it would help bring tourism to the area."

Sexton said the property where he'd been digging, he had no idea was private property. He's now offering an apology to the property's owners.

"First of all, let me say I'm sorry," Sexton said. "I did not see any private property signs. Secondly, I would ask that we work together and pursue this further to show there is an iron mine there. If now, I would be more than happy to fill that in and put it back just the way it was."

Police said Sexton is no longer allowed on the property. He said his main goal is to clear his name.

"I just wanted to clear up the air on this," Sexton said. "Nobody in their right mind would dig a hole like that for no reason. There was a real reason to do this and it was to show the history of this area."

Sexton said he also believes Van Buren has land where artifacts may be similar to his findings in Fort Smith. He said he hopes to work with city leaders on moving towards more research to uncover the artifacts.

No charges have been filed against Sexton, but police said a report has been filed with the Sebastian County Prosecuting Attorney's Office.

Police warn people that if they are caught on the property, they will be taken to jail.