Man Pleads Guilty In Murder-Sodomy Case, Must Testify Against Brother

One of the men accused of killing a Fort Smith woman in 2010 pleaded guilty Friday in a deal with prosecutors, according to the LeFlore County, Okla., Prosecuto... 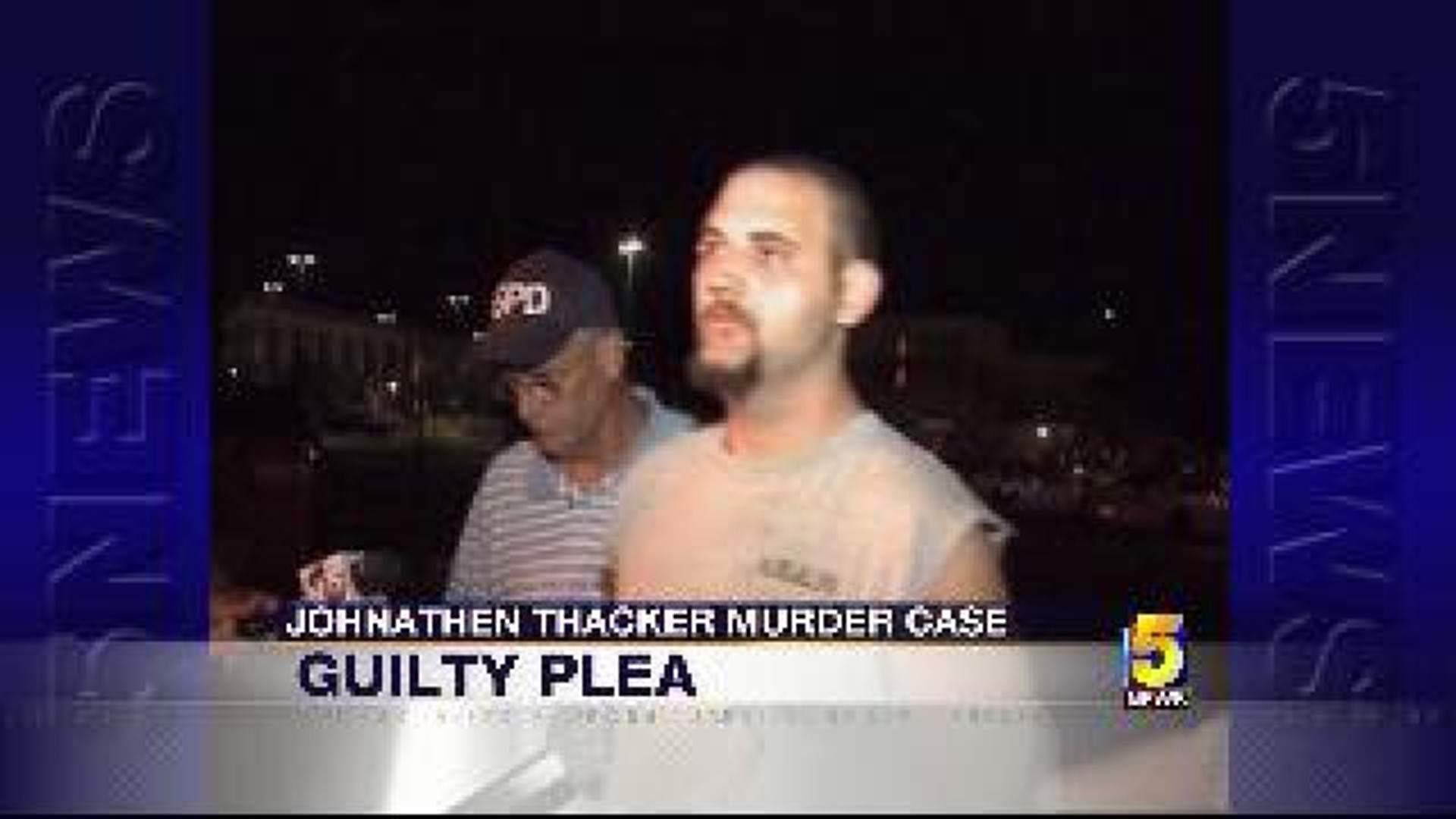 One of the men accused of killing a Fort Smith woman in 2010 pleaded guilty Friday in a deal with prosecutors, according to the LeFlore County, Okla., Prosecutor’s Office.

Johnathen Thacker pleaded guilty to a count of first-degree murder in exchange for the death penalty being taken off of the table and the dropping of a forcible sodomy charge, said Jeff Smith, LeFlore County prosecutor.

Thacker is scheduled to be sentenced to life in prison without parole, but first he must fulfill his part of the deal and testify against his brother in the murder case, Smith said.

"Knowing that he is turning on Elvis who is more of the aggressor in the situation, I think that if he keeps his agreement on that part of it, I think that Elvis's death penalty is set," said the victim's mother Bethany Ault-Pyle.

No trial date has yet been set for Elvis Thacker, who was also charged in the death of 22-year-old Brianna Ault. Thacker is charged with first-degree murder and forcible sodomy, according to the prosecutor.

Smith said his office is seeking the death penalty against Elvis Thacker.

Ault’s body was discovered in a pond near Pocola, Okla., on Sept. 13, 2010. Her throat had been slashed, according to police reporters.

The Thackers are already serving prison time after pleading guilty to an unrelated rape and kidnapping, as well as an attempted capital murder of a Fort Smith police officer, records show.