Man Dragged By Vehicle During Fender Bender In Fort Smith

FORT SMITH, Ark. (KFSM) — Surveillance video shows a hit and run which ended in one man getting dragged behind a vehicle. On Wednesday (Oct. 2) Mark Perritt was... 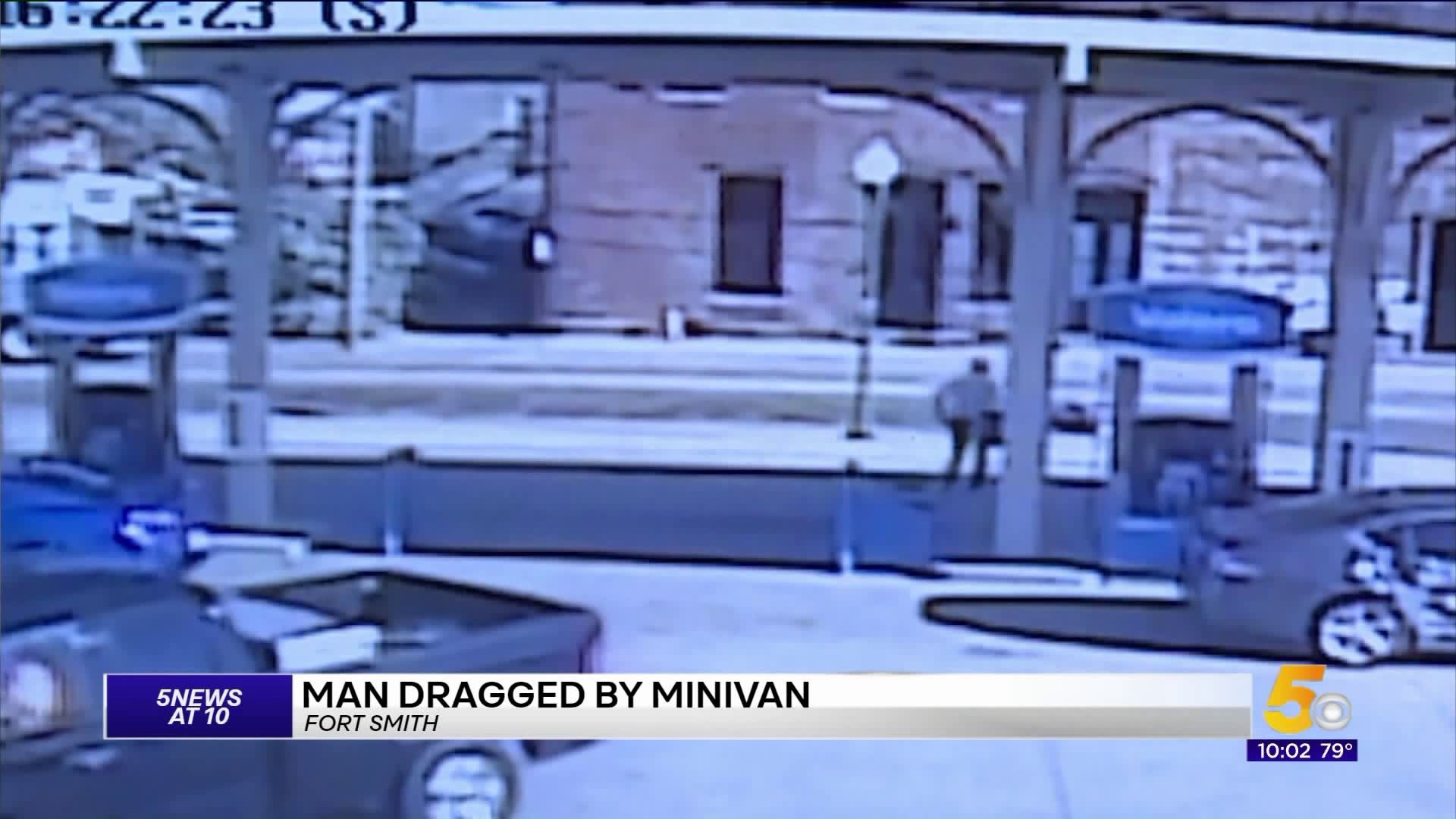 FORT SMITH, Ark. (KFSM) — Surveillance video shows a hit and run which ended in one man getting dragged behind a vehicle.

On Wednesday (Oct. 2) Mark Perritt was waiting in his son's car at a gas station when he says he watched another vehicle back into him.

Perritt then approached the driver for what he thought would be a simple exchanging of information, what happened next his something he never expected.

"Went to her window and told her that she had hit my car and she kept hollering that she didn’t hit it. I said back in the spot here and we will call the police and they will decide if you hit it," Perritt said.

In the video, you can see Perritt chase after the woman who backed into the car after he asked her to stop.

"I ran after her and grabbed a hold of the window she put the gas on and drug me down the street," Perritt said.

Perritt says he thought she would stop if he ran to her window, but the opposite happened.

After he fell, the woman took off straight through the light at the intersection of 5th and Garrison in Fort Smith.

Employees at the gas station say the woman never got out of her car, so they didn't get a good look at her.

"She drug him down the street and that was about it, he tried to stop her and things of that nature but she didn’t stop," employee Brodrick Ray said.

Mark was taken to the hospital and after a few tests, doctors found a broken rib as well as injuries to his head, shoulder, legs and neck.

"Now I’ve got doctors bills and stuff and she’s run off," Perritt said.

Aside from thousands of dollars in hospital bills, Perritt's son's car also has damage to the back left side.

They just hope the police are able to locate the woman driving that vehicle. They have filed a police report and say the car the woman was driving was a white Chrysler Pacifica with an Oklahoma license plate.

We reached out to Fort Smith police who say the incident report on this is not yet complete.

No other details have been released at this time.