SPRINGFIELD, Mo. (KFSM) — A Missouri man has been charged with kidnapping the 4-year-old daughter of a woman whose body was found in a suitcase last month along... 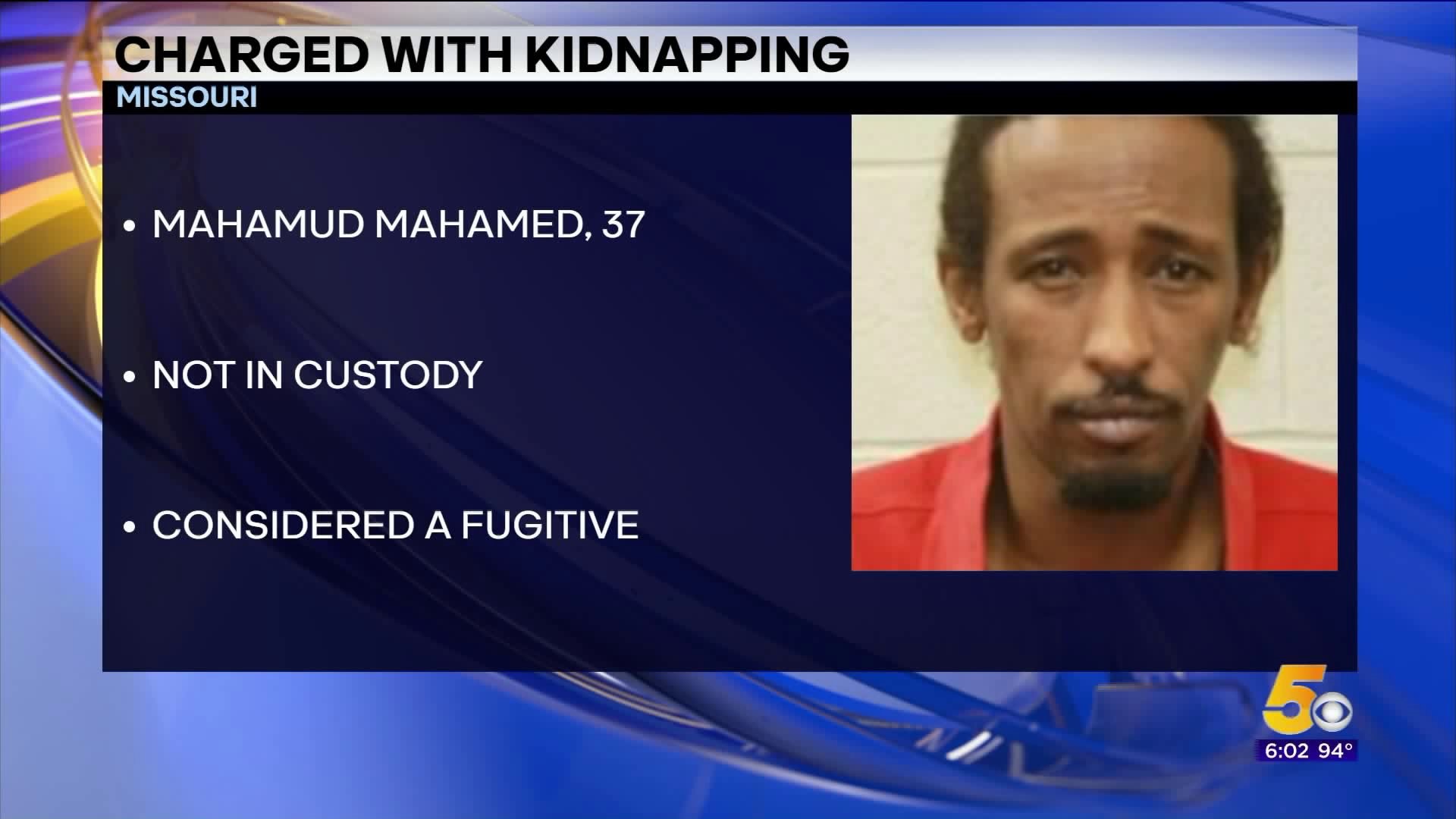 SPRINGFIELD, Mo. (KFSM) — A Missouri man has been charged with kidnapping the 4-year-old daughter of a woman whose body was found in a suitcase last month along Highway 59 near Noel, Missouri.

Mahamud Tooxoow Mahamed, 37, was charged in federal court on Tuesday (Aug. 13). Mahamed is not in federal custody and is considered a fugitive.

The body of Jessica McCormack was discovered on July 29. The last time she was seen alive was when law enforcement officers were called to her home on July 16, according to an affidavit.

Mahamed was present at the house when the police arrived, along with McCormack's three daughters.

Investigators were not immediately able to located McCormack's children after her body was discovered and identified. An Amber Alert was issued for McCormack's three children, who were found at a residence in Des Moines, Iowa, and taken into state custody on Aug. 8.

Investigators say as of September 9, Mahamed has still not been located. They are referring to him as a person of interest in the case and believe he has fled the area.

According to an affidavit, a woman who formerly worked with Mahamed at a Tyson plant in Noel told officers that he arrived at her Des Moines residence with the children on August, 5. Mahamed left the woman's home and left a note informing her he could not care for the children.

Police confirmed with the father of McCormack's oldest child that Mahamed did not have his consent to take her outside the state of Missouri.