FAYETTEVILLE, Ark. (KFSM) — A man has been arrested after police say he pointed a shotgun at another driver during a road rage incident in Fayetteville. Accordi... 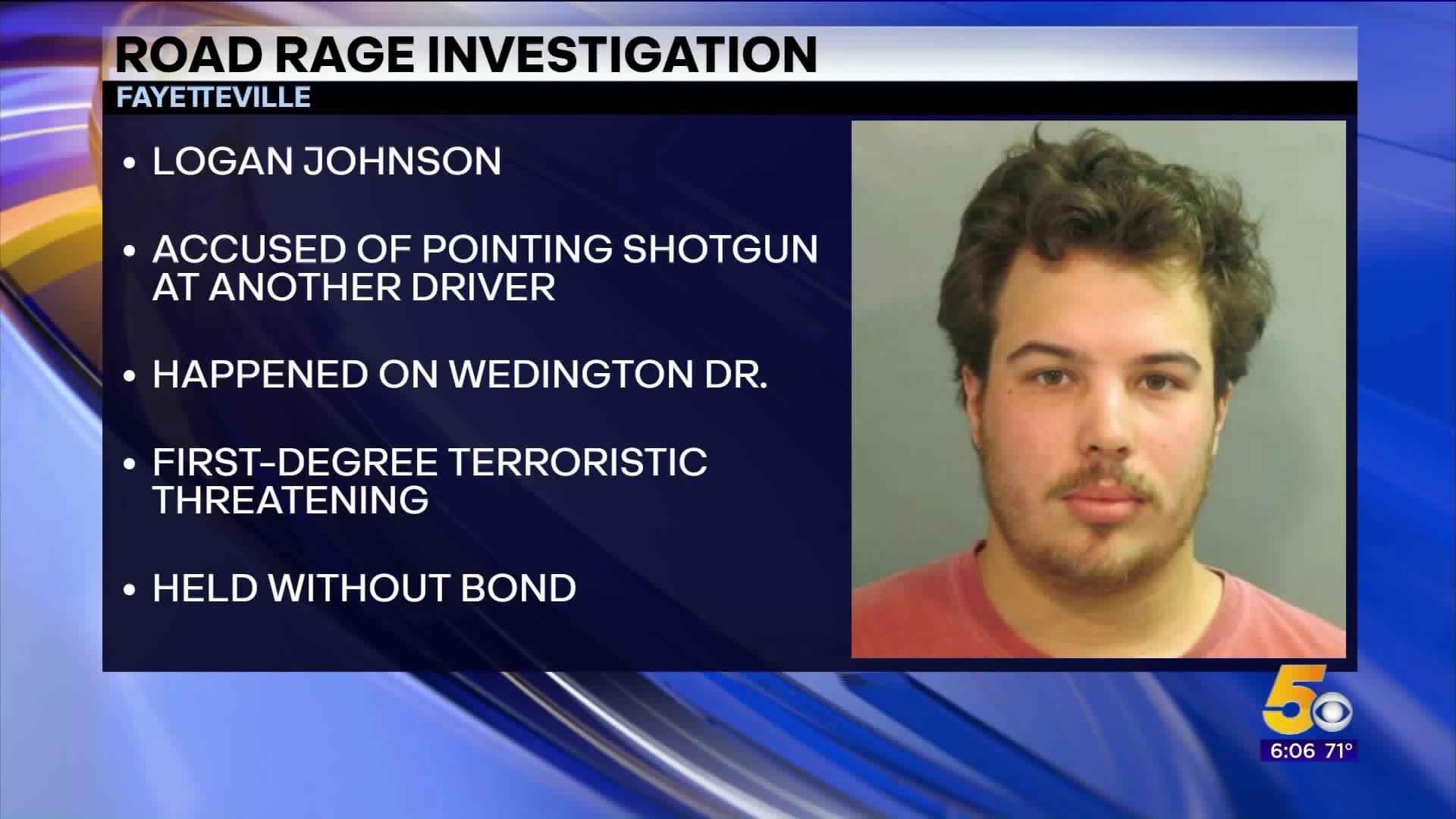 FAYETTEVILLE, Ark. (KFSM) — A man has been arrested after police say he pointed a shotgun at another driver during a road rage incident in Fayetteville.

According to a police report, on Sept. 19, just before 2 p.m., a woman was driving in the area of Wedington Dr. when she got into a road rage incident with a man driving a silver Toyota 4Runner.

The driver of the 4Runner, later identified as Logan Johnson, 20, reached into his backseat, unzipped a gun case, pulled out a black shotgun, and pointed the barrel out the window towards the woman, according to the report.

When police located Johnson, they found a black shotgun matching the victim's description on top of a gun case and directly behind his seat.

Police asked Johnson if the woman would have been able to see the shotgun in the backseat, and he said no.

Johnson denied pulling the gun out. Still, due to inconsistencies in his story and the vehicle tags and gun matching the victim's descriptions, police began an investigation into the incident, according to the report.

Police arrested Johnson on Thursday (Oct. 3) and charged him with first-degree terroristic threatening.

He is currently being held at the Washington County Detention Center without bond.