SPRINGDALE, Ark. (KFSM) — Country star Luke Bryan shared some big news for one couple who are expecting their first child. The singer revealed the gender of the... 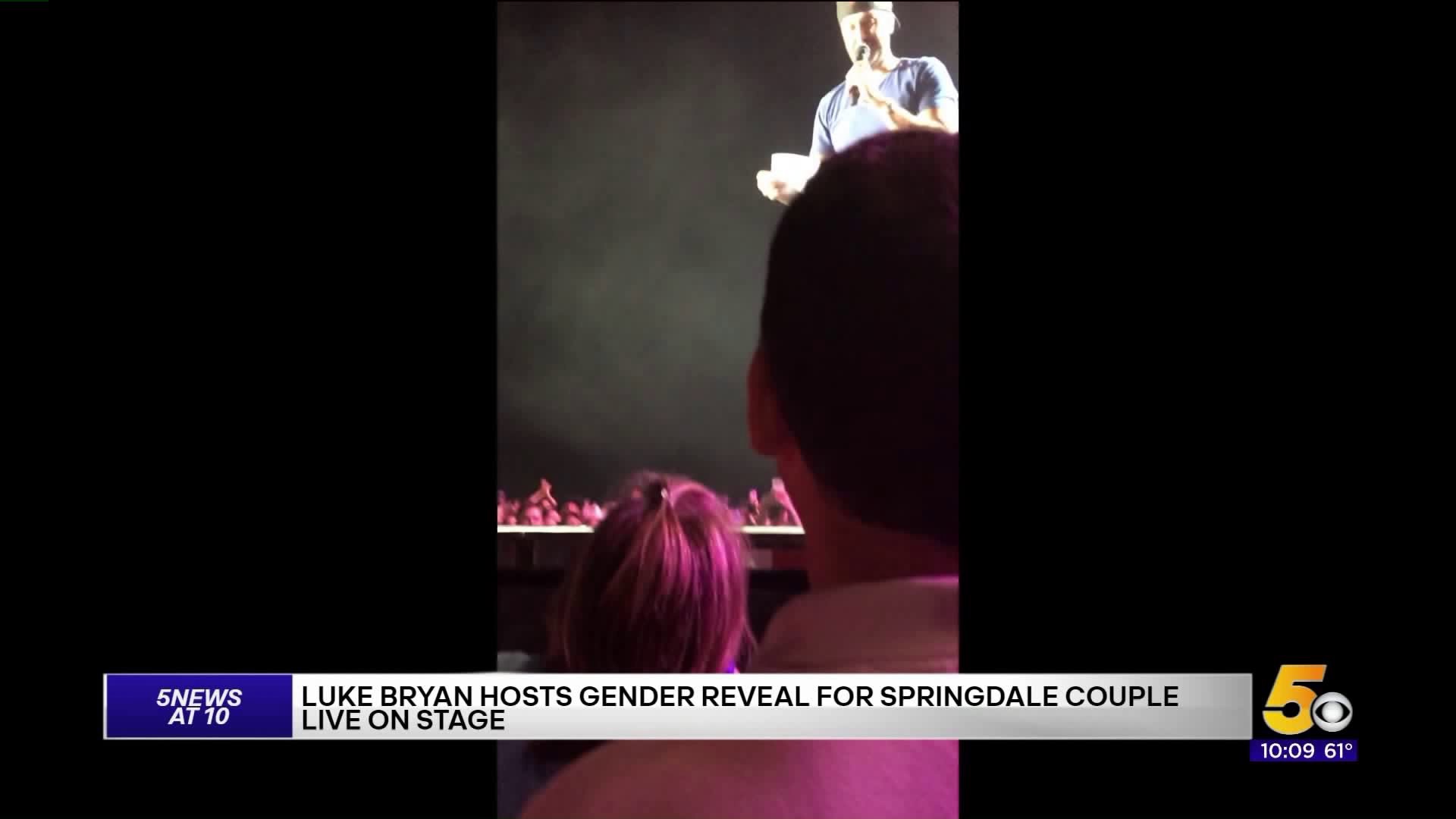 SPRINGDALE, Ark. (KFSM) — Country star Luke Bryan shared some big news for one couple who are expecting their first child.

The singer revealed the gender of the couple's baby mid-concert.

Ashley and Jon Link say it's a day they will remember forever.

The two have gone to so many Luke Bryan concerts they've almost lost track of how many.

"I told Jon we aren't going to be able to go to any more concerts because we can't top this," Ashley said.

The couple had VIP tickets and got the singer's attention with signs that read "What will it be Luke...please tell me? Girl or boy?"

"He came out on the four-wheeler, of course, that's how he starts his farm tour concert and in the middle of it, he looked down and could see the sign," Ashley said.

A few songs later, Bryan sang his song "I See You" and pointed right at the couple.

"He winked at me and gave me thumbs up and I was like okay this is going to happen," Ashley said.

Not long after that, Ashley and Jon say Bryan walked over and asked for the envelope.

After teasing the crowd for over two minutes, Bryan finally announced the gender, "you are having a girl!"

The couple says that in all the fun and excitement they wish they would have thanked their favorite performer.

"I don’t remember if I thanked him for doing that," Ashley said. "Just give him a big thank you for revealing the gender, that was awesome."

Jon and Ashley say they still are figuring out a name for their baby girl, and they are looking forward to continuing attending Luke Bryan's concerts.