LOWELL, Ark. (KFSM) — The town of Lowell came together Thursday (July 18) to voice their concerns about the future of North Old Wire Rd. There is a possibility ... 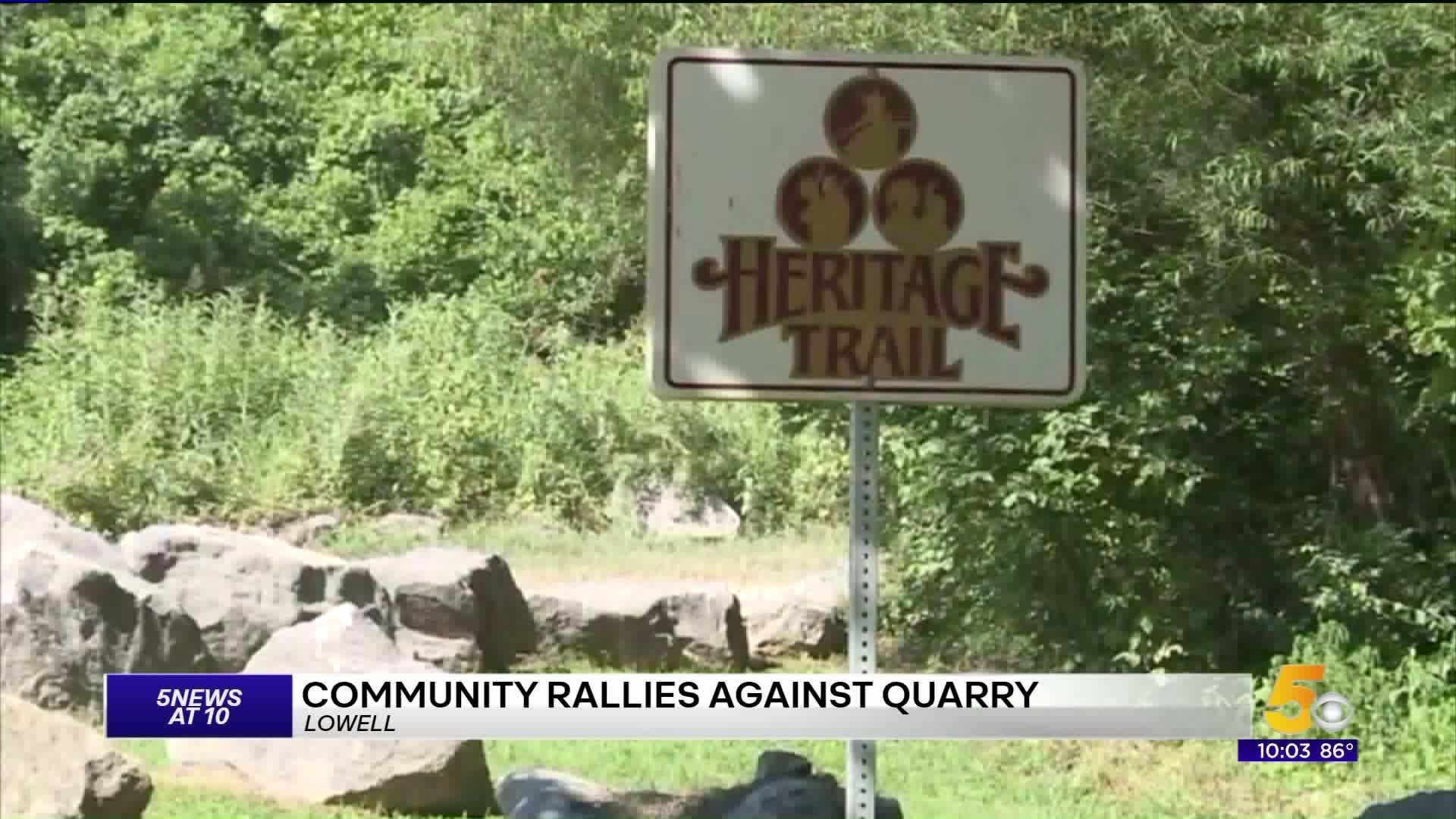 LOWELL, Ark. (KFSM) — The town of Lowell came together Thursday (July 18) to voice their concerns about the future of North Old Wire Rd.

There is a possibility that a limestone quarry will be added to the area, which would require crews to pave a portion of the Trail of Tears.

Families who live near the site say they are against the quarry. North Old Wire Rd. is a stip of unpaved road that runs through a valley known as Cross Hallows near Lowell.

"It’s quiet and it’s peaceful and it’s been our own little heaven in the hustle and bustle of Northwest Arkansas," Edster said.

Hillary Hagan-Jones lives just yards from where the quarry would go and says the addition would completely diminish the historical presence in the area that once was the site of a Civil War battle and the Trail of Tears.

"I think it’s going to be really important that we hang on to our last little vestiges of history in this area, celebrate to be able to share with our children and our children’s children in the future," Hagan-Jones said.

Since the small valley outside of Lowell is not technically within city lines, the families who live there drink from wells and natural springs.

"Personally I am concerned because we do have a spring we use spring water to drink," Hagan-Jones said.

Over two dozen families use Hagan-Jones' natural spring and with the addition of the quarry, she fears the water could become contaminated.

Neighbors also fear the truck traffic along the road could become overwhelming, and the route drivers would take runs feet from a local school.

Others say they would hate to see the impact a limestone quarry would have on the environment.

Every single person who spoke at the town hall meeting brought up different reasons against the quarry and the road pavement. Most say driving down the dirt portion of the road takes you back in time, and they would hate to see that go away.

"I think the bottom line is we just treasure this way of life and we love this valley and we just really want to be able to preserve it and continue to share it with our neighbors and our community," Hagan-Jones said.

5NEWS has reached out to the company behind the proposed quarry, but have not received a response.