BENTONVILLE, Ark. (KFSM) — A Lowell man was sentenced to six years in prison for his role in a fatal hit-and-run accident. Race Fuller, 29, pleaded guilty last ... 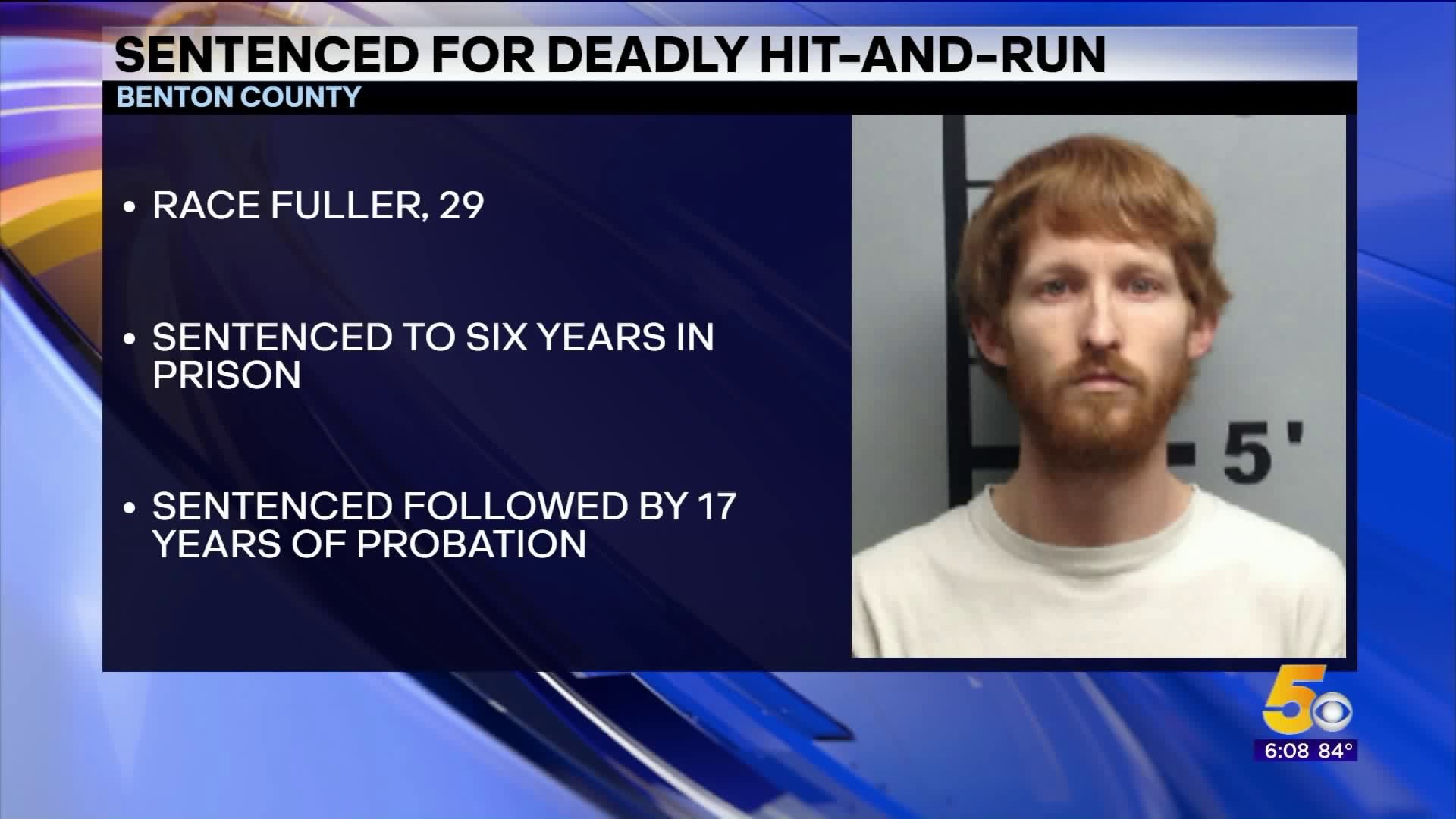 BENTONVILLE, Ark. (KFSM) — A Lowell man was sentenced to six years in prison for his role in a fatal hit-and-run accident.

Fuller, who was arrested in May for reckless driving after bonding out of jail, also reached dispositions in that case and on a separate charge of second-degree domestic battery from 2018 through his plea agreement.

His prison sentence will be followed by 17 years of probation.

Fuller was also ordered to undergo parenting classes and anger management 30 days after being released from the state Department of Correction.

Fuller struck Jeen John on the evening of Jan. 14 near Fern's Valley Loop and Arkansas 264. Officers found John, 23, of Springdale laying near the highway.

John was taken to Northwest Medical Center in Springdale and put on life support. He died about two weeks later.

After bonding out of the Benton County Jail, Fuller was arrested again in May for reckless driving.

During his interview with police, Fuller “seemed lighthearted … and did not seem to take the situation seriously,” according to the arrest affidavit.

Fuller said he was driving home when the officer tried to stop him, and because he didn’t have insurance, “knew I would get a ticket anyway, so I thought, let’s have fun.”

The officer said Fuller “laughed and chuckled each time he told me that,” according to the affidavit.

State law requires that drivers stop and render aid for accidents that result in injury or death, if the need for treatment is apparent, or if law enforcement has been contacted.